Lisowski Through Despite ‘Stupid’ Mistake

Jack Lisowski made an error which he described as “unforgiveable” but he recovered in time to beat Zhao Xintong 5-3 to reach the semi-finals of the matchroom World Grand Prix.

The incident came in the fourth frame when Lisowski, leading 2-1, was on a break of 25. He potted a red, had the white cleaned, then absent-mindedly forgot that he needed to play a colour next, and instead potted another red. Referee Nigel Leddie called the foul, and Zhao was handed the chance to make a break of 59 which proved enough to take the frame. 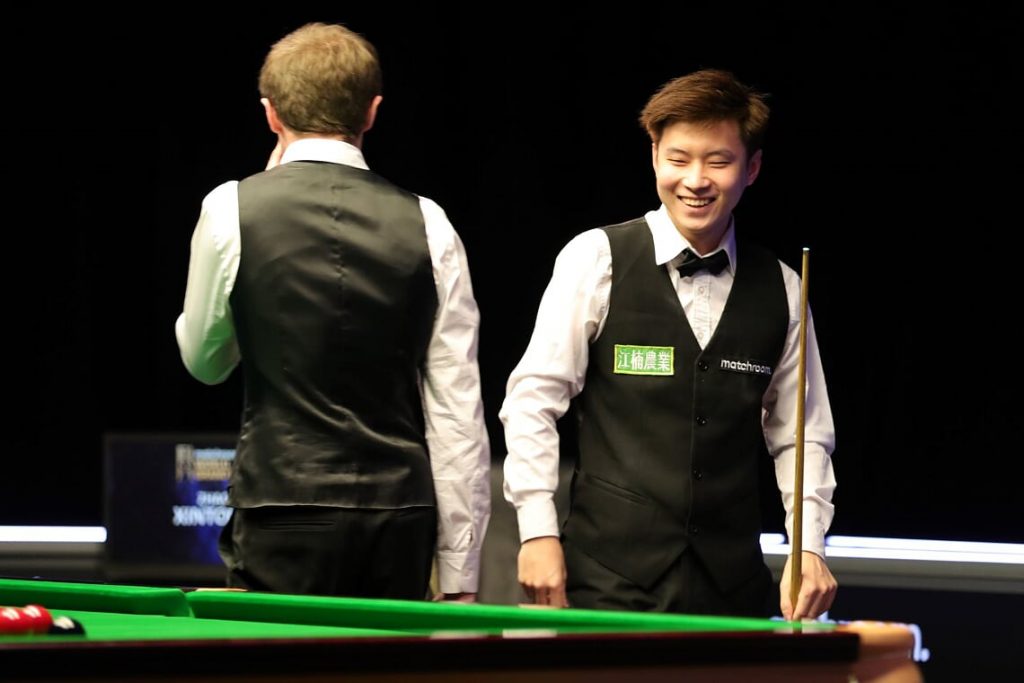 The two players laugh about the incident in the fourth frame.

To his credit, Lisowski bounced back to take the three frames he needed after the interval to set up a semi-final with Mark Selby.

“It was a Jack Lisowski moment – pure stupidity,” smiled the 29-year-old after the match. “It was unforgiveable. I saw the funny side of it and we were both cracking up, but then I was stewing over it during the interval. It was a massive frame, but I’m glad I was able to forget about it and go on to win.”

After sharing the first two frames, Lisowski made a break of 111 to lead 2-1, then that error left them all square at the interval. A run of 109 saw world number 15 Lisowski regain the lead, then China’s Zhao made a 64 in the sixth as he recovered to 3-3.

Frame seven came down to the last two reds and Zhao, leading 60-29, played a poor safety which let Lisowski in for a superb 42 clearance which included several difficult pots. And Lisowski got the better of a fragmented eighth frame to reach the semi-finals of a ranking event for the sixth time in his career. The Gloucestershire cueman has made three finals – most recently at the 2019 Scottish Open – but is still waiting for his first title.

“Zhao is a similar player to me, today’s match was always going to be about who potted more, it wasn’t going to be a tactical battle,” said Lisowski. “I just had a bit more nous on the safety side and picked him off. I made a great clearance at 3-3, that was a big moment under pressure.

“I was really struggling at the start of this season but I turned it around at the UK Championship (reaching the quarter-finals) which got me into the Masters and into this week’s tournament. Now it’s turning into a very good few weeks. I still have a brick wall in front of me if I want to win the tournament, with Selby and then Judd Trump or Ronnie O’Sullivan, but I’ll try to punch my way through it.” 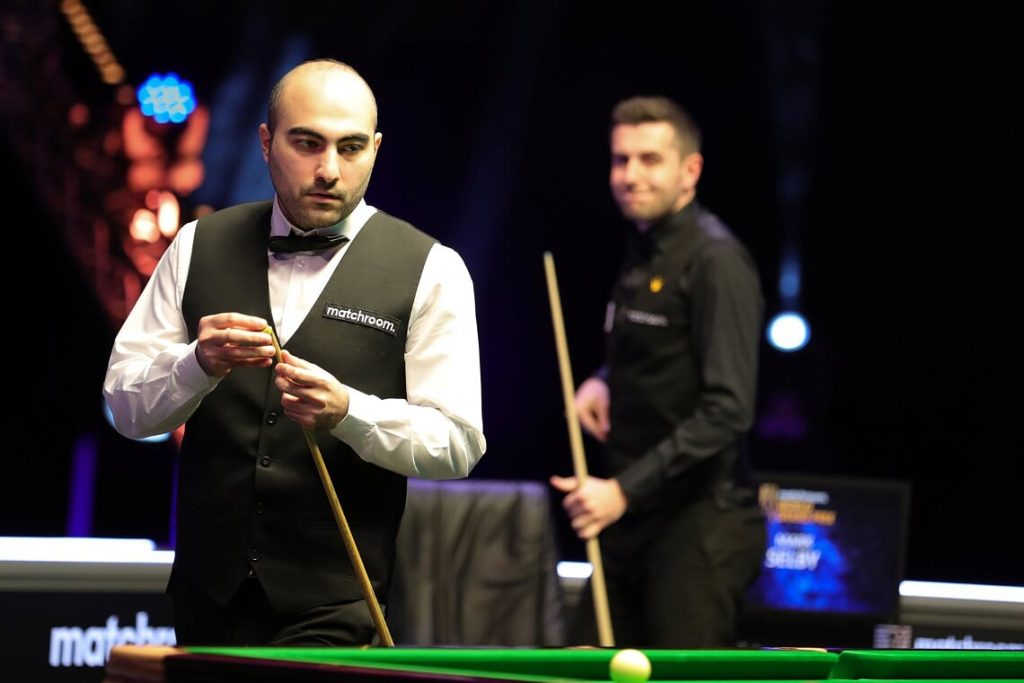 Selby battled to a 5-3 win over Hossein Vafaei to remain on course for back-to-back ranking titles, having won the Matchroom.Live Scottish Open last Sunday.

Leicester’s Selby built a 4-1 lead with a top break of 100. Iran’s Vafaei took a scrappy sixth frame then made a 78 to close to 4-3. Frame eight came down to the colours, Selby trapping his opponent in a touch snooker on the yellow. Vafaei went in-off, handing Selby the chance to wrap up the match.

“I missed a few balls and Hossein fed off my mistakes,” said world number four Selby after reaching his 51st ranking event semi-final. “My game didn’t click today but after playing so many matches recently I was bound to have a bad performance at some point. The main thing was to get the result.”