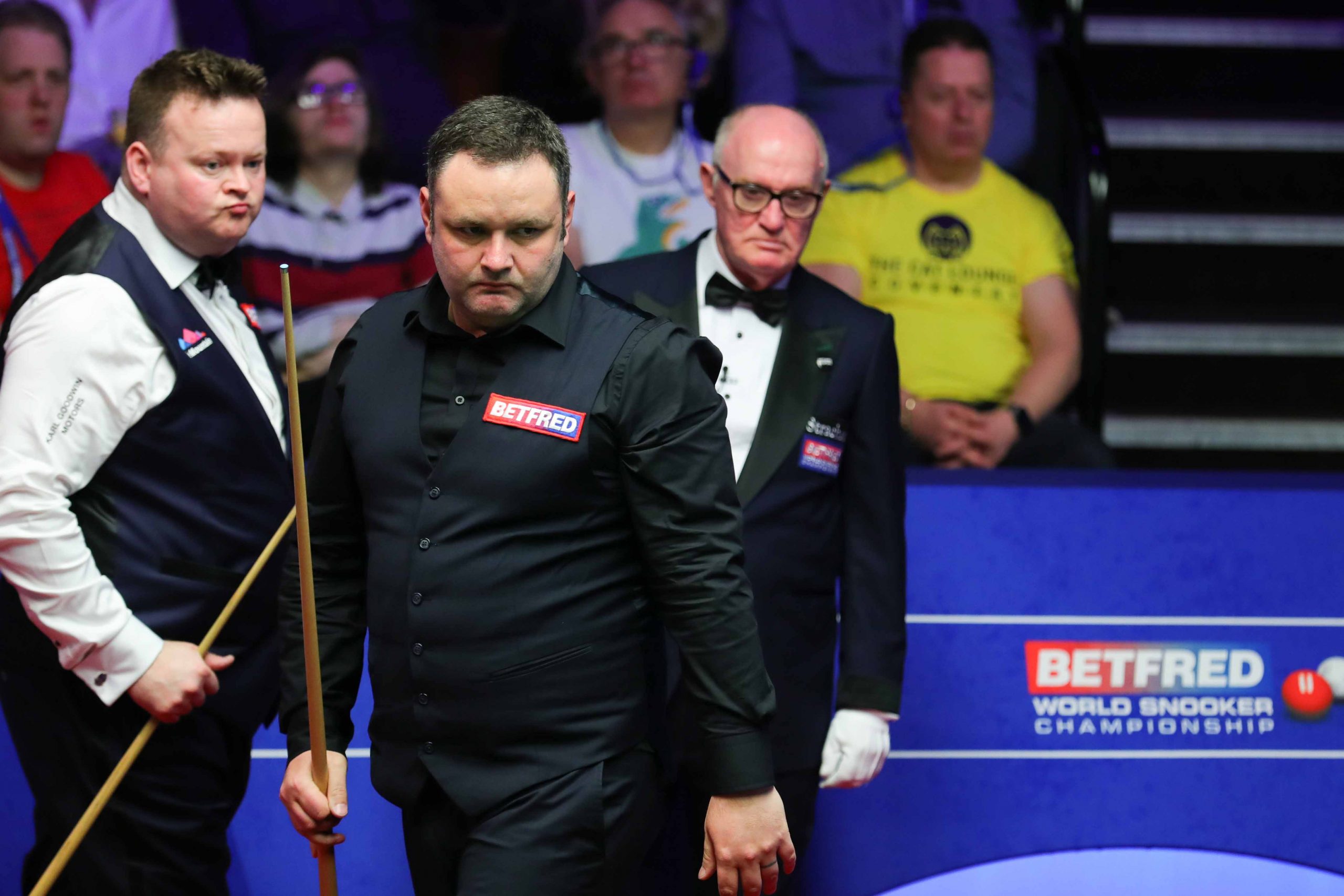 Stephen Maguire defeated Shaun Murphy 10-8 in the first ever Crucible encounter between the pair, to reach the last 16 of the Betfred World Championship.

The two adversaries have been battling it out on the World Snooker Tour for 21 years, but until this week have never faced one another on the sport’s biggest stage. Today’s victory for Maguire cuts his head-to-head deficit with Murphy to 12-11.

World number 40 Maguire came through two qualifying matches this year, beating Zhou Yuelong 10-7 in the final round. The six-time ranking event winner admits that the experience was enough to motivate him to return to the world’s top 16 and avoid having to qualify again.

Afterwards he said: “I kept seeing gravestones and skulls. It’s hard – snooker players understand what it’s like. You are out there trying not to lose, when you should just be trying to win. I would rather be in the top 16, back at home watching Judgement Day.”

Triple Crown winner Murphy went on an inspired run to the final 12 months ago, beating Judd Trump and Kyren Wilson on his way to the title match before losing a pulsating encounter with Mark Selby. His campaign ends at the first hurdle on this occasion. 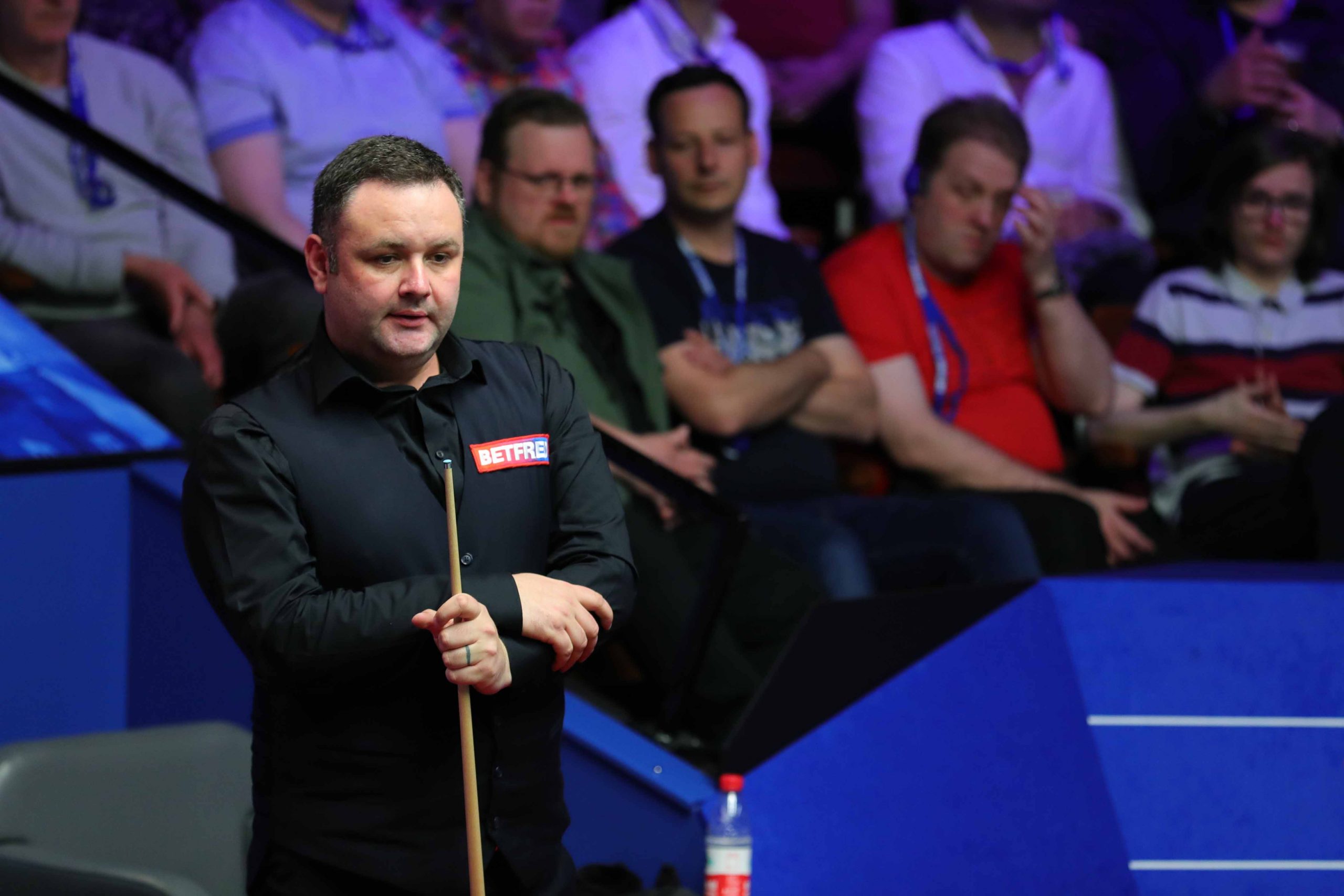 Maguire established a healthy 6-3 advantage after the first session, but it was 2005 World Champion Murphy who came out firing this evening.

The Magician crafted a stunning run of 130, his 100th century break in the World Championship, to take the opening frame. Murphy then made it two on the bounce, thanks to a break of 61, to pull within a frame at 6-5.

Maguire halted the comeback charge with a contribution of 57. However, it was Murphy who claimed the following frame in 40 minutes to head in for the interval with a spring in his step, trailing by just one at 7-6.

A marathon 14th frame was described by Ken Doherty on commentary as one of the craziest he has ever seen. It involved Maguire ironically throwing his cue to the ground after missing position, Murphy inadvertently fouling the pink with his finger and a four-minute discussion over a free ball, which Murphy sportingly refused. Eventually, after 71 minutes, it was Murphy who claimed it on the black to restore parity.

He then compiled a break of 50 to take the lead for the first time in the match at 8-7. However, from there Maguire summoned his best snooker to charge for the finish line.

Breaks of 90 and 82 helped the Glaswegian on his way to three on the bounce and a place in the next round. He now faces a mouth-watering last 16 tie with UK Champion Zhao Xintong. 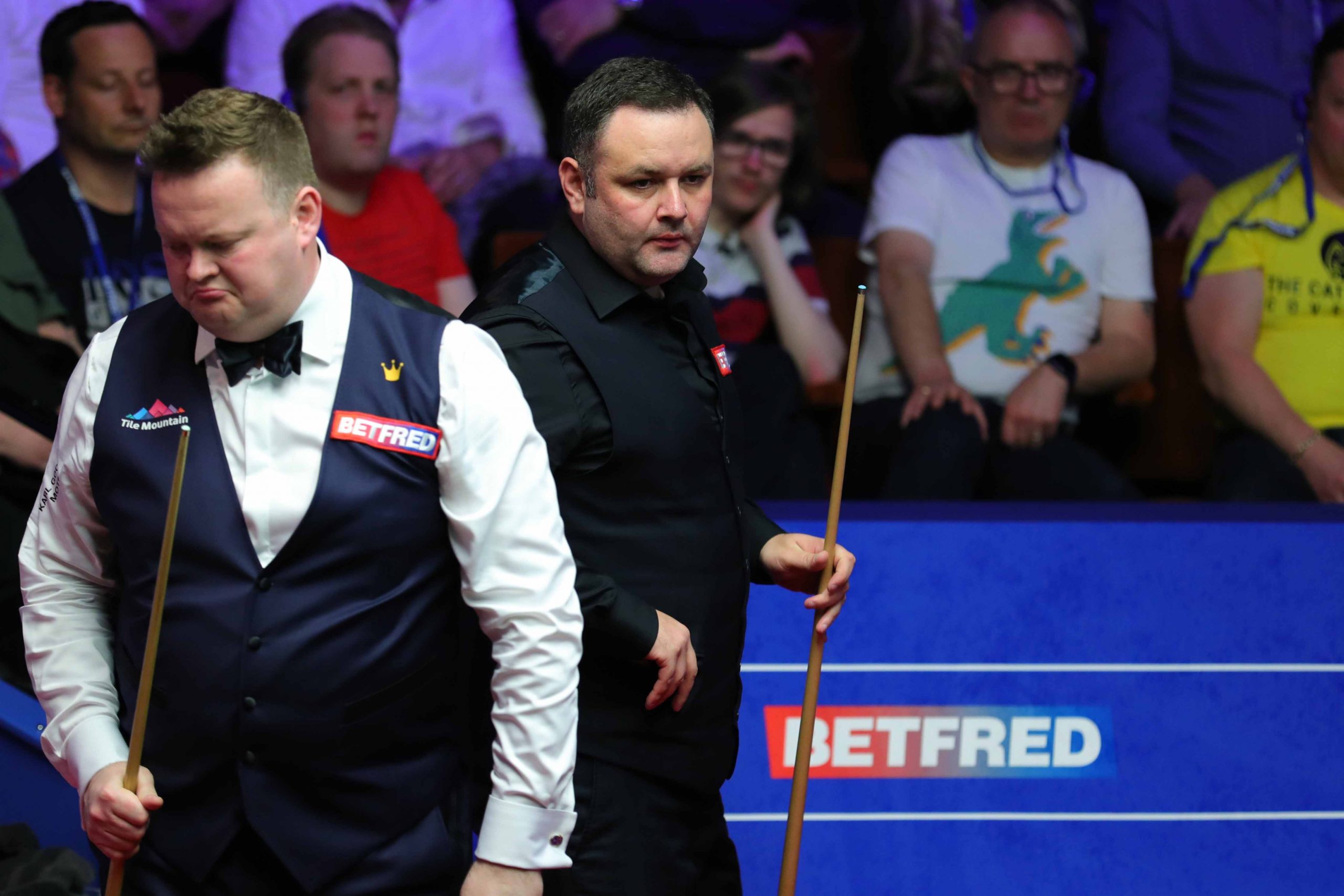 “I didn’t expect all those twists and turns, but I did expect a fight back from Shaun. Even though I was 6-3 up, I was lucky to be. The two of us were bad and he was worse. All he did today was play a bit better and he looked as if he was favourite to win at one point,” said 41-year-old Maguire.

“I thought the match was over for me when he pulled level. When I lost that one, I thought I had nothing left. Somehow I managed to find three frames from somewhere. I’m just so tired, but I’m over the moon. I’ve got a few days off now, and I need to improve badly before my next match.

“Zhao has kicked on this season, all the players knew over the last few years how good he could be – he always had that sort of style, similar to Jimmy White. What he’s done this season is special and the way he’s done it I can’t speak highly enough of him. He’s a contender for the title this year. He’s won two big tournaments this season so why not? He’s got his first Crucible win out of the way now, so he’ll go on from there.”

Murphy said: “It was always going to be a battle. Our games are very similar. We’ve been playing each other since we were boys, and neither of us were going to run away with it. I am just pleased from 6-2 down, I made a game of it. Perhaps if I played the same today as I did yesterday the score line would have been different.”

“I was blown away last year by the support I got here and the stories created around my run to the final. It was so special for everyone after we were starting to come out of the pandemic. This year, although I’ve fallen at the first hurdle, I felt the same love and support here at the venue and on social media too.”