Anthony McGill enjoyed a huge fluke at a crucial moment which helped him wrap up a 10-7 victory over Liam Highfield in the first round of the Betfred World Championship.

Former Crucible semi-finalist McGill was well short of his best during a hard-fought battle against Highfield, but did enough to book a second round meeting with Judd Trump or Hossein Vafaei.

Leading 9-7 and by 39 points to 32 in frame 17, McGill attempted a long red and missed his target, but luck went his way as the balls collided and another red dropped into a top corner. That proved decisive as he cleared with 51 for victory.

“I needed that because if it went to 9-8, Liam would have been confident as he was definitely the better player today, no doubt,” admitted Glasgow’s McGill. “I struggled today, the same as yesterday. There were a hell of a lot of mistakes and missed pots. My positional play was so bad. My safety was good and that’s what got my through. That has always been the best part of my game.” 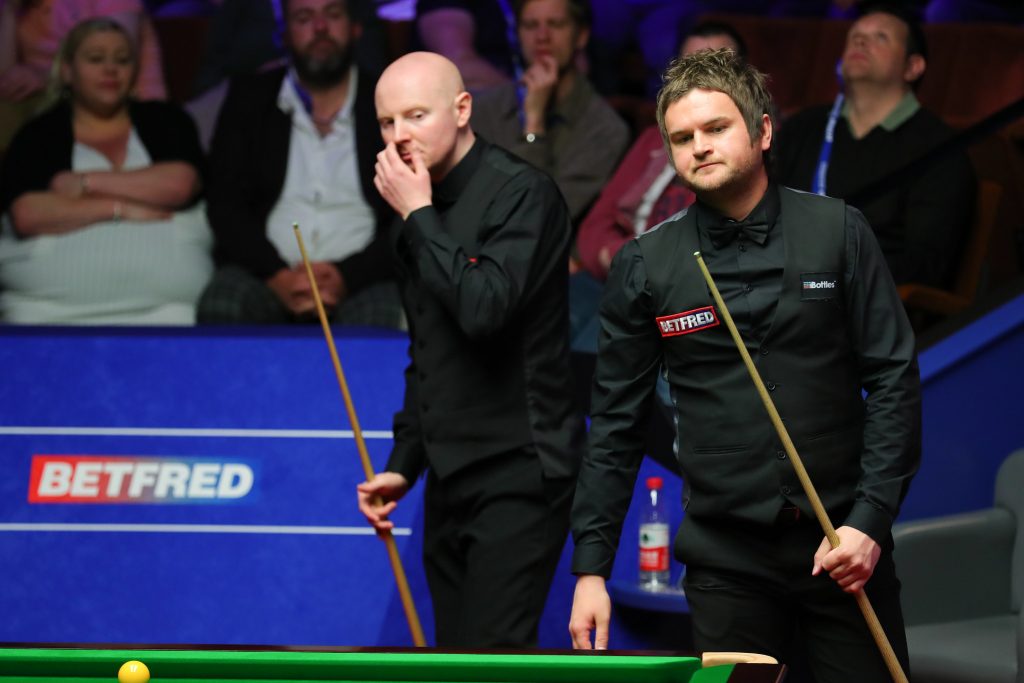 World number 13 McGill is through to the last 16 for the sixth time since 2015. He made it to the last four in 2020, losing narrowly 17-16 to Kyren Wilson, and relishes every opportunity to compete in Sheffield.

Highfield took the opening frame today to reduce his deficit to 6-4 and he led 63-0 with four reds remaining in frame 11 when he ran out of position. He then hit the blue when escaping from a snooker, and McGill cleared superbly with 59 to restore his three-frame cushion.

McGill trailed 44-54 in the 12th when he made a safety error on the penultimate red, handing Highfield the chance to close the gap, and the Englishman took the next as well with a run of 73 to make it 7-6 at the interval.

A break of 48 helped McGill take frame 14, and in the 15th he laid a tough snooker on the last red, earning the opportunity to clear for 9-6. Highfield dominated the next to raise his chances of a fight-back, but his hopes ended with McGill’s fluke in the 17th. 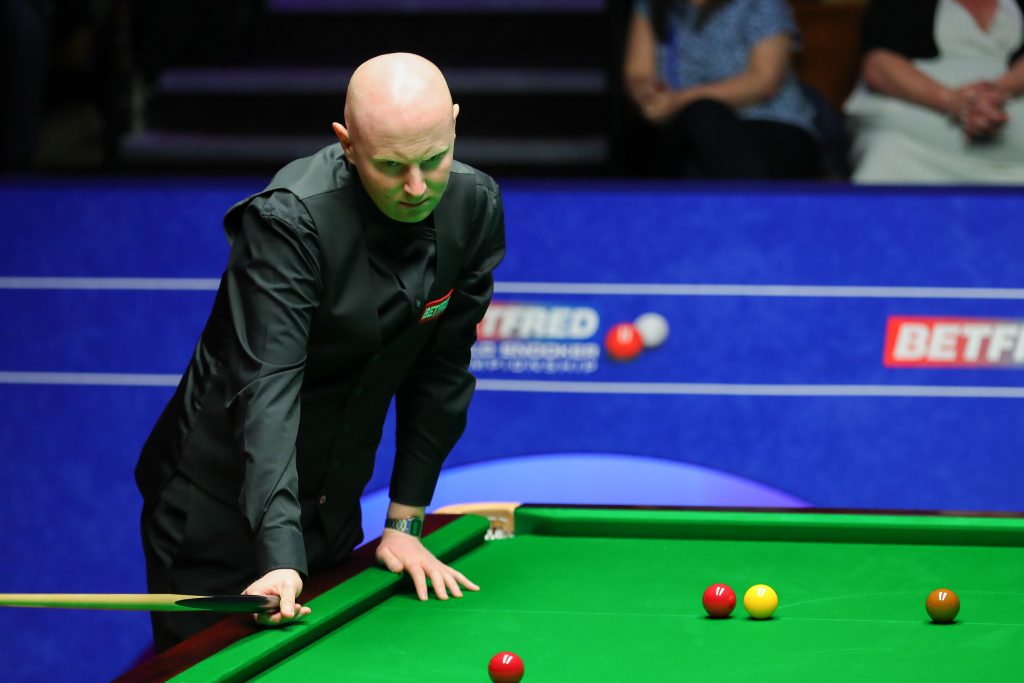 McGill said: “In the first two frames yesterday I was really nervous which is strange because I had no nerves in the build up, then when I went out there it hit me. After that I really enjoyed it. What’s happening in Ukraine puts it into perspective – it’s only a game of snooker. It’s great to win, but if the worst thing that happens is losing a match, things are ok. I am trying my absolute best, but I used to get really wound up when I lost and it would affect me for days and weeks.

“You can’t beat the Crucible. Every time I am out there I think about all the moments that have happened here, with Steve Davis, Ronnie O’Sullivan, John Higgins and all the others.”

Two-time ranking event winner McGill now heads to Glasgow to practise with Stephen Maguire and added: “We’ve got each other to have a few good games and get into shape. The more you play, the more everything comes together.”

Highfield said: “I can’t complain with one fluke in 17 frames, Anthony got to ten frames first. I didn’t really do that much wrong, maybe just didn’t quite score heavy enough. I tried my best throughout and did all the right things. Hopefully I can come back many more times and get some wins.”

On the other table, Mark Allen edged to a 5-4 lead against Scott Donaldson in a high quality opening session. 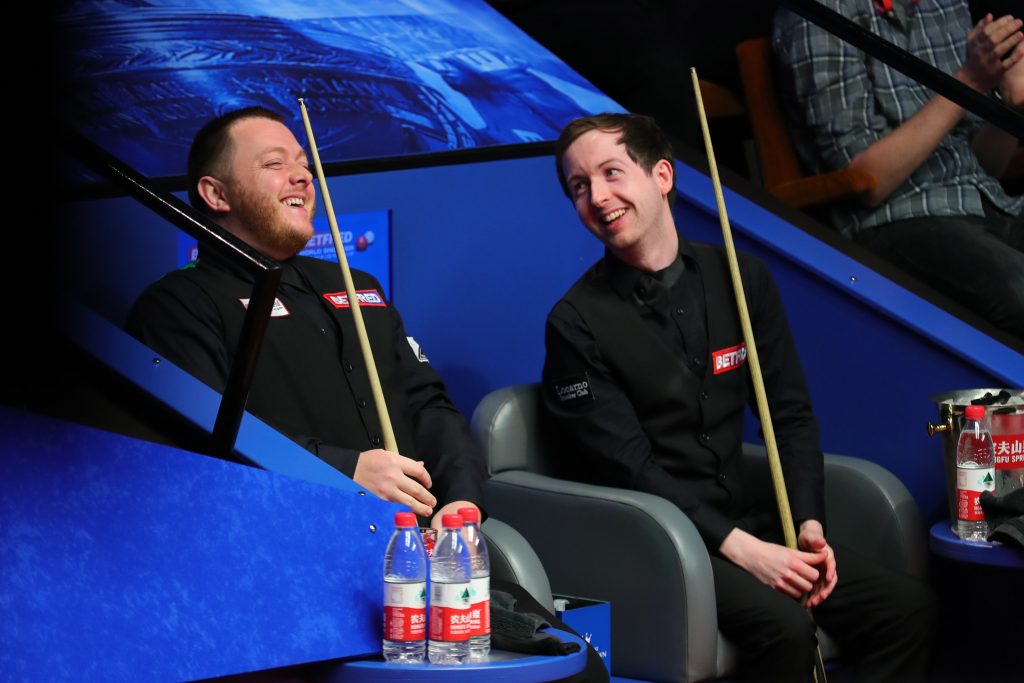 Antrim’s Allen enjoyed one of the highlights of his career earlier this season, defeating John Higgins 9-8 in the final of the Northern Ireland Open. Allen will be hoping to recreate that form over the next two weeks, having struggled in Sheffield in recent years. The six-time ranking event winner has only been beyond the second round once in his previous ten attempts.

Donaldson came through three qualifying matches to earn his place at the Theatre of Dreams, thrashing Allan Taylor 10-1 in the final round. This is his second Crucible appearance, having lost 10-4 to Kyren Wilson in 2019.

World number 15 Allen got up and running with a break of 80 to take the opener. Perth cueman Donaldson quickly warmed to the task and contributions of 50 and 78 saw him take a 2-1 advantage. Donaldson led 60-0 in the fourth, but Allen countered with a clearance of 61 to take the frame by a single point and restore parity at 2-2.

The following two frames were shared, before a century run of 107 helped Allen to regain the lead at 4-3. Donaldson pulled level again, but Allen fired in a break of 109 to end the session 5-4 in front.

They will play to a conclusion this evening at 7pm.