Kurt Maflin won a classic second round match 13-11 to make it a bittersweet day for John Higgins at the Betfred World Championship. 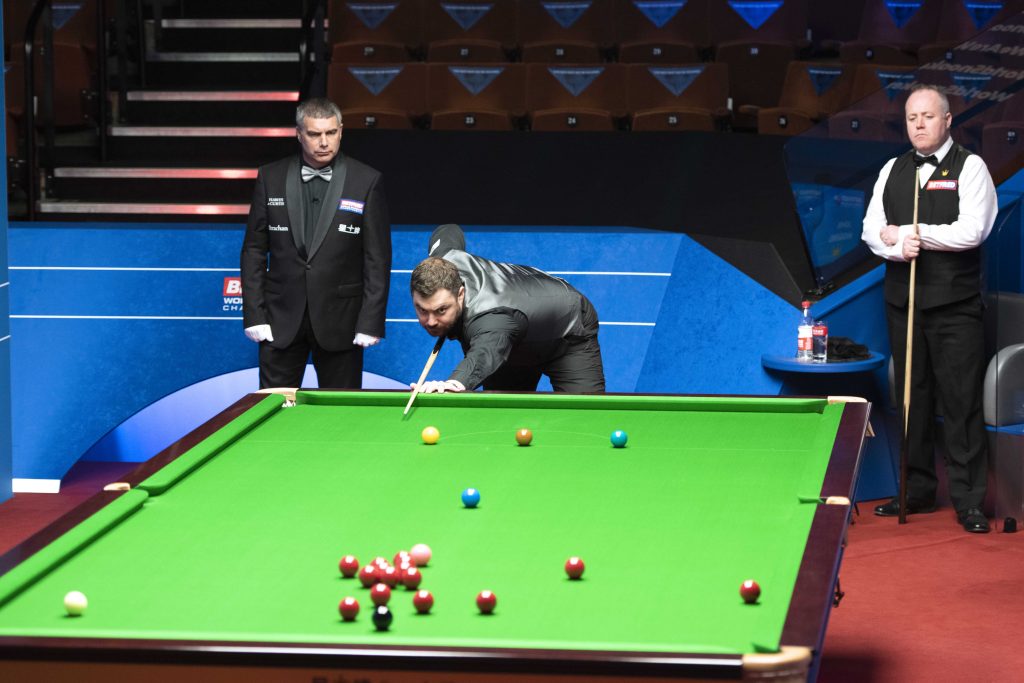 Earlier in the day, Higgins earned a piece of Crucible history as he became only the seventh player to make a 147 at the famous venue, and the first since 2012. But the Scot admitted afterwards he would have gladly swapped the maximum for a place in the quarter-finals, having suffered a surprise defeat to Norway’s Maflin.

Four-time champion Higgins has been in the final in each of the last three years, but this time faces an early trip home having been outplayed in the closing stages of a thrilling contest.

World number 43 Maflin had never won a match at the Crucible before this week, but has now knocked out David Gilbert and fifth seed Higgins to book a meeting with Anthony McGill or Jamie Clarke in the last eight. One of those three qualifiers will be in the semi-finals.

Maflin dominated the first two frames of tonight’s final session to go 10-8 ahead, and he led 43-0 in the next, only for Higgins to take it with an excellent 78 clearance. Wishaw’s Higgins won the next two to lead 11-10, but that sparked a Maflin revival as he knocked in runs of 80 and 75 to go 12-11 ahead.

In frame 24, Maflin made 63 before missing a tricky red to a centre pocket. Higgins had a chance to counter but made just 7 before rattling a red in the jaws of a top corner. A safety exchange ended with a Higgins error and Maflin added 29 points for victory.

“It was a really good, hard fought, entertaining game,” said 36-year-old Maflin. “I enjoyed it, it had everything and it was a high standard. It was great to be involved in.

“At the interval I spoke to my dad and he told me to speed up because I was taking too long over shots. He said I’m good enough and I should go for my shots and keep focused. John made it so tough, I gave it everything in the locker. I was running out of gas at 11-10 down but the reserve tank kicked in.

“It feels brilliant. My wife and kids will be proud of the fact that I’m in the quarter-finals. It makes it worth all the sacrifices. I’m ready to play again.”

Higgins said: “Kurt played amazing, to finish it the way he did. He bulldozed his way over the line. I’m disappointed because I had a chance at 11-10. When I come away from the tournament I will reflect on the 147, but at the moment I’d swap that for a place in the quarter-finals.” 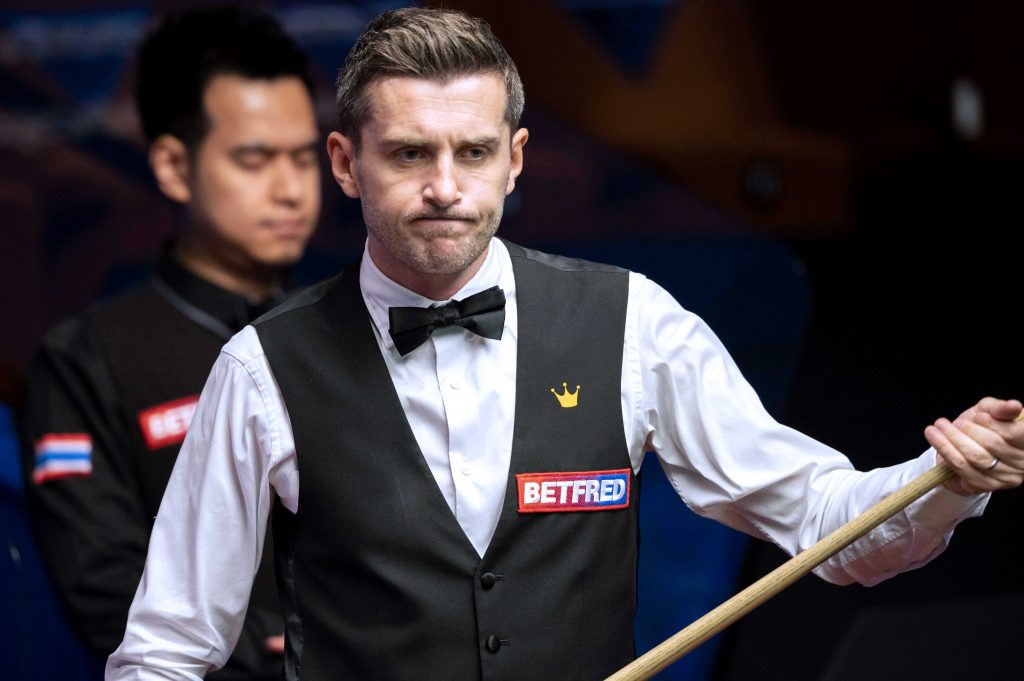 Meanwhile, three-time champion Mark Selby came from 5-3 down to level at 8-8 against Noppon Saengkham in their second session. They play to a finish on Friday from 2.30pm.

Leicester’s Selby made a flying start to the session as breaks of 76, 55 and 120 gave him the first three frames and put him 6-5 up. But he didn’t pot a ball in the next two frames as Thailand’s Saengkham took them with runs of 74 and 43.

Selby levelled at 7-7 with an 81 before Saengkham regained the lead with a 105. The final frame of the session was settled when Selby knocked in a cracking long pot on the last red, to square the match overnight.