Ronnie O’Sullivan’s hopes of winning a seventh Betfred World Championship title were dashed at the second round stage as Anthony McGill made a pair of fabulous breaks in the last two frames to win a Crucible classic 13-12.

O’Sullivan looked to have the momentum when he came from 10-5 down to lead 11-10 and then 12-11, but it was McGill who finished like a champion with a 136 total clearance in the penultimate frame and then a delightful 85 clearance, from 42-0 down, in the decider. The 30-year-old Scot described it as the best win of his career. 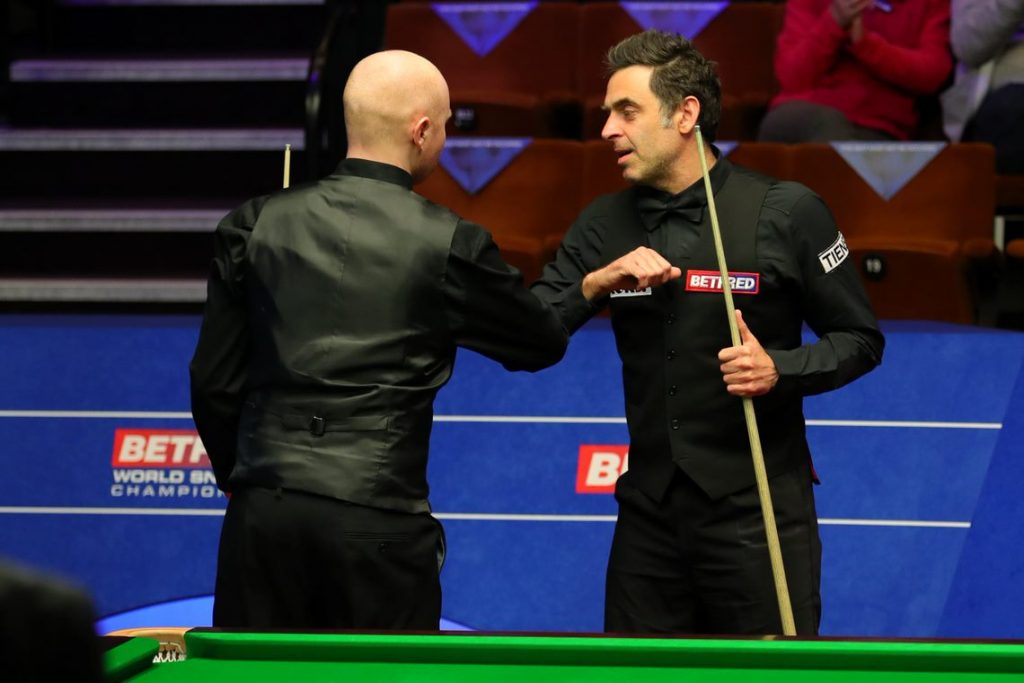 O’Sullivan missed the chance to reach the quarter-finals at the Crucible for the 20th time, which would have put him one ahead of Stephen Hendry

Having won a sixth crown eight months ago in Sheffield, 45-year-old O’Sullivan had hoped to match Stephen Hendry’s record of seven world titles, but that ambition will have to wait for another year. He finishes the season without a trophy for the first time in his career.

McGill, who year-by-year is showing his capacity to thrive on the biggest stage, is the first man through to the quarter-finals, where he will face Jamie Jones or Stuart Bingham. He reached the semis last year before a devastating 17-16 defeat against Kyren Wilson, but the Glaswegian has now won three deciding frame thrillers within his last six Crucible matches.

Needing a strong start to the concluding session, O’Sullivan fired breaks of 71 and 97 to close to within two frames at 10-8. McGill had chances in frame 19 but twice missed a red to a top corner, and O’Sullivan punished him with 73. Frame 20 was a scrappy affair but again it went O’Sullivan’s way as he squared the match at 10-10.

McGill led 22-0 in frame 21 when he missed a tricky black to a baulk corner. O’Sullivan made 49 to take control of the frame and eventually sealed it on the colours. At that stage, McGill had lost six frames in a row, but he ended that sequence with an excellent break of 87 for 11-11.

In frame 23, McGill trailed 41-19 when he played a weak safety, and O’Sullivan added 31 to his tally which was enough to put him 12-11 ahead. Word number two O’Sullivan missed a long red at the start of frame 24 and his opponent capitalised with a 136, the fifth century of the match.

O’Sullivan had first chance in the decider and made 42 before running slightly out of position then missing a difficult mid-range red to a top corner. He spent the rest of the match in his seat. McGill was flawless as he picked off the balls to record his first win over O’Sullivan in seven meetings. 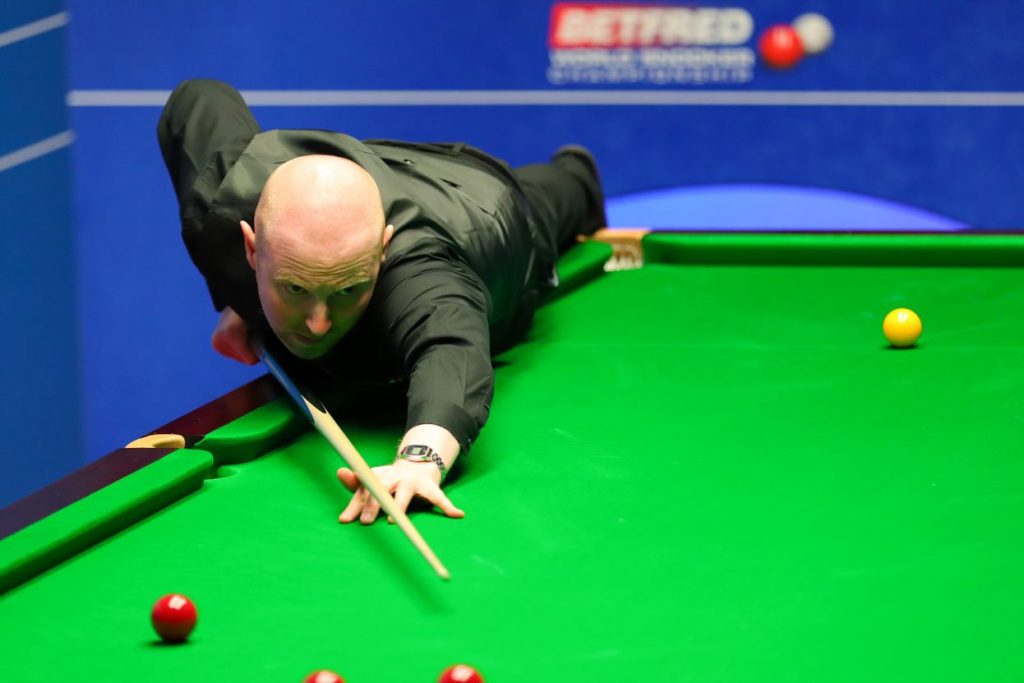 McGill has won two ranking titles – the 2016 Indian Open and 2017 Shoot Out – but has never been as proud of his own performance. “I played brilliant this morning, the best session I have played, taking into account the magnitude of the match,” said the 16th seed, who is now guaranteed £50,000. “Tonight Ronnie was awesome, his safety was so good. I was making mistakes and couldn’t get any rhythm going. I managed to turn it on in the end. It’s the best win of my career, no doubt about it.

“Ronnie was really up for it, he wants that seventh world title. He will get it – he is too good not to. To beat him in such an important match is a massive confidence boost. A few years ago I thought I was rubbish, but now I believe in myself to at least play well. To play in front of the crowd is just so good. But you need to win tournaments in order to be on the TV tables more often.

“I was calm in the last frame, I had it in my mind that it wasn’t the last frame and we were going to play all night. I wanted to play all night, it was just so good! It only hit me when I potted the last red that we were in a decider. Ronnie said to me at the end that I had played well and deserved it. The semi-final from last year didn’t cross my mind at all – that’s gone.

“I just want to go out and play well and see what happens, if I lose it’s not the end of the world.”

O’Sullivan said: “I want to wish Anthony good luck, no one could begrudge him winning the tournament. I am pleased I made a game of it and stayed true to the task. I had a good mindset having been working with (psychiatrist) Steve Peters for the past few days. For the next five or ten years if I want to play and enjoy it then I will need to keep working with him because it’s a tough sport when things are not going your way.

“There’s no reason why I can’t win it again, but I have long gone past playing snooker for a living. I am a bit like Arnold Palmer or Jack Nicklaus in golf, they are still a presence because of what they have achieved.

“If I said goodbye to the Crucible and to playing I would be saying goodbye to a lot of good things that are happening in snooker for me, and I don’t really want to do that. It’s better for me to play because my sponsors get excited when I get my cue out of the case.”

On the other table, Kyren Wilson lost the last three frames of his second session against Barry Hawkins, but still leads 9-7 overnight. Last year’s beaten finalist Wilson needs four more when they play the concluding session on Saturday from 2.30pm.

World number six Wilson showed his break building skills as he he rattled in 54, 69, 92 and 93 to go 8-4 ahead. After the interval, a superb 56 clearance saw Wilson extend his lead, and he might have taken frame 14 too but missed the last red with the rest to a top corner. A relieved Hawkins took advantage to pull one back, and that proved a turning point.

Wilson failed to pot a ball in the last two frames of the session as Hawkins took them with runs of 52 and 67 to close the gap.