Belgium’s Ben Mertens is set to join the professional circuit for the first time after he defeated Florian Nuessle 5-1 in the final to win the 2022 EBSA European Under-21 Snooker Championship. 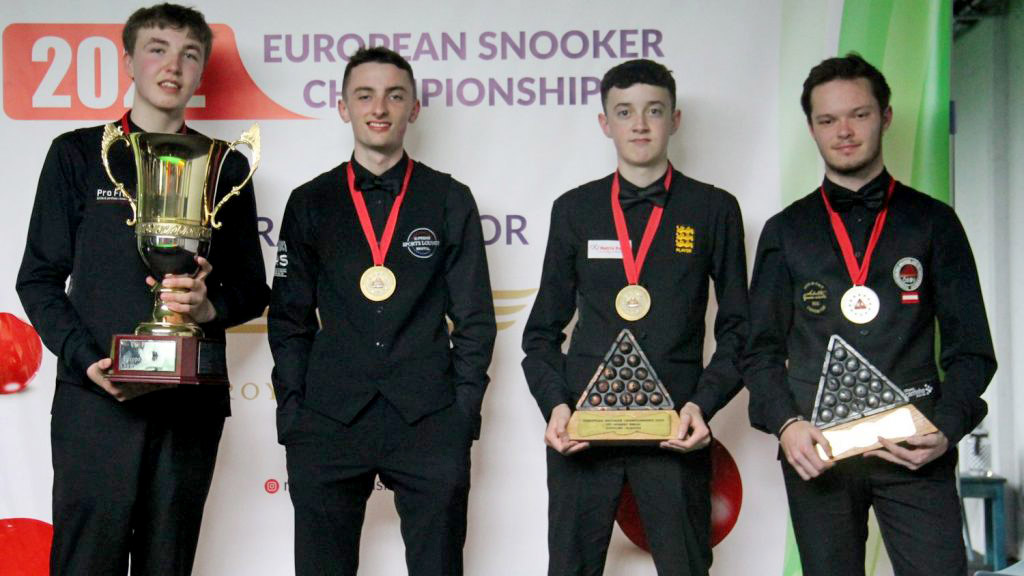 A field of nearly 80 players representing 24 different nations featured in the five-day tournament that was held at the Delfin Resort in Shengjin on the Albanian coast.

Mertens – winner of the European under-18 title in Portugal last year – topped his round robin group without losing a single frame to qualify for the knockout phase, but had to show grit in order to navigate the subsequent rounds.

A two-time event semi-finalist on the Q Tour this season, Mertens pipped recently relegated professional Iulian Boiko (Ukraine) 4-3 in the quarter-finals and then scored half-century breaks in each frame during a far more comfortable 4-0 victory over Liam Pullen (England) in the last four. In the last 16, Pullen had constructed a break of 141 which would stand as the event’s highest.

In the other half of the draw, it was a similar story for 20-year-old Nuessle having earlier eased through his group. The reigning five-time Austrian national champion survived back-to-back deciders in the early knockout rounds and then dispatched this season’s Q Tour playoff winner Julien Leclercq (Belgium) 4-2 and Aidan Murphy (England) 4-1 in the quarter and semi-finals respectively.

Nuessle gained the upper hand in the final by claiming the opening frame on the pink, but Mertens was not to be denied the biggest accolade of his career so far as he went on a five-frame winning streak – top scoring with an 84 break in frame three – for victory.

Mertens’ triumph will see him awarded a two-year World Snooker Tour card for the 2022/23 and 2023/24 professional campaigns.