This year’s Betway UK Championship will be staged in Milton Keynes for the first time, in line with Government Covid-19 regulations.

One of snooker’s most prestigious events and part of the Triple Crown Series, the tournament has been staged at York Barbican since 2011. However this year all rounds will take place at the Marshall Arena in Milton Keynes, running from November 23rd to December 6th.

The event will take place behind closed doors. Fans who had bought tickets will have their tickets automatically transferred to next year’s event, and are advised to contact their point of purchase if they have any questions.

WST has staged a succession of tournaments at the Marshall Arena in Milton Keynes since June 2020. The facilities at the venue, including an on-site hotel, allow strict Covid-19 guidelines to be followed, keeping the health and safety of the players, contractors and officials as the highest priority. 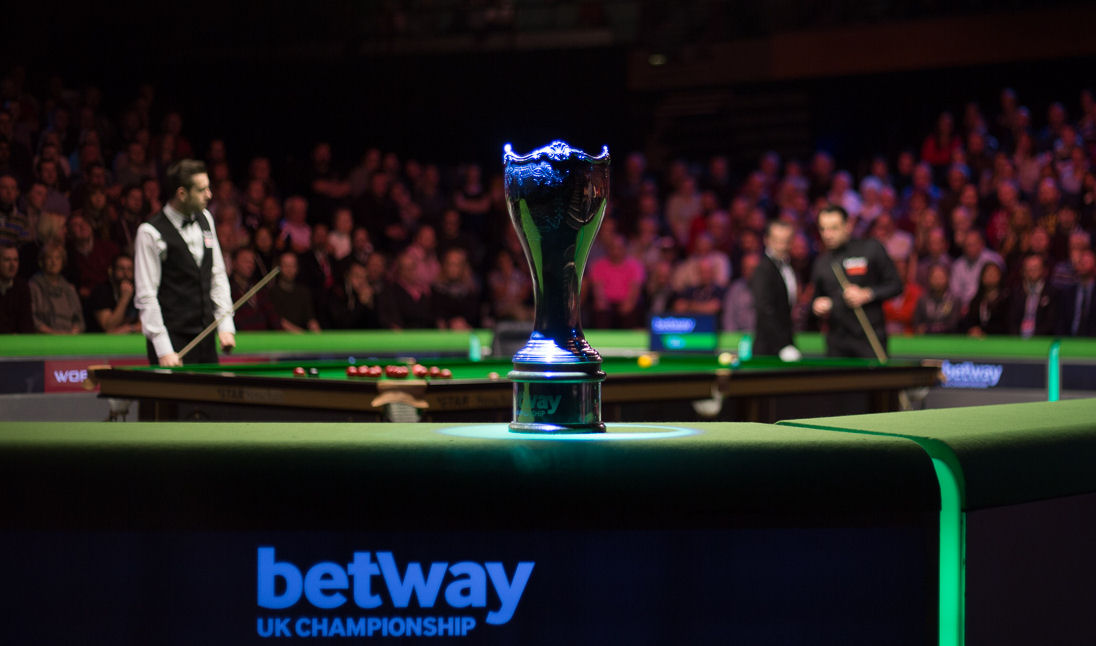 WST Chairman Barry Hearn said: “We are disappointed not to be going to York Barbican for the Betway UK Championship this year because it is a fantastic venue in a wonderful city. The people of York can rest assured that we fully intend to be back in York next year and in fact we have already agreed dates for 2021 and 2022 with the venue.

“Following extensive consultation with the UK Government and the relevant public health bodies, the decision has been made to stage all matches in Milton Keynes this time. It is an ideal venue, we are working with an exceptional team there and we have proved over the past few months that we can stage major tournaments there, involving 128 players, safely and successfully.

“In the circumstances we face today, our crucial objective is to keep our events going, provide competitive action and prize money for our players, and top class sport for the many millions of television viewers around the world who are in need of inspiration.

“We look forward to working with all our partners on delivering a tournament of the highest quality.”

From the second round onwards, November 28th to December 6th, the event will receive extensive live television coverage from BBC, Eurosport, Matchroom.Live and a range of other global broadcasters.

First staged in 1977, the UK Championship has been won by all of snooker’s great names. China’s Ding Junhui lifted the trophy for the third time last year, beating Stephen Maguire in the final.

The event features 128 players in a flat draw. All matches are best of 11 frames, up until the final on Sunday December 6th which is best of 19. The draw will be announced shortly.