Mindset Of A Referee

For snooker players, mental toughness is one of the most important factors behind success. And the same can be said for referees. There is much more to becoming a top level official than just knowing the rules.

The referee must remain mentally engaged throughout an entire match, examining each shot in isolation and being ready to make potentially game-changing decisions. It is a job which comes with intense scrutiny and pressure. A high level of concentration is a pre-requisite. 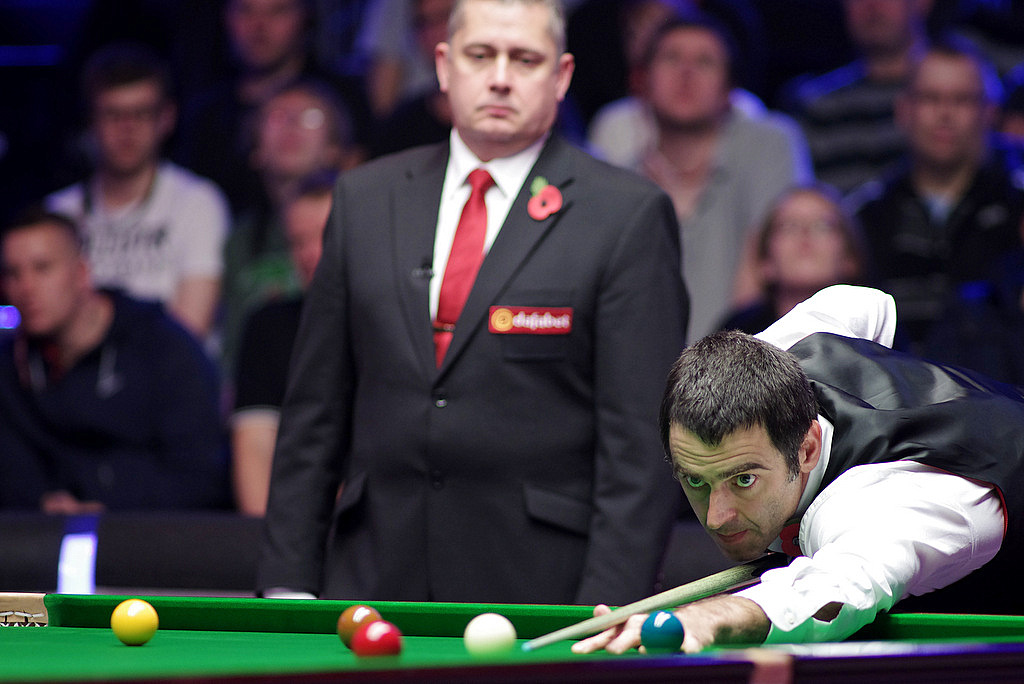 Paul Collier is one of the best respected referees on the circuit. The Welshman has taken charge of finals in all three of snooker’s Triple Crown events. He forms part of a team of high level referees who act as assessors for those trying to make their way in the sport. When he evaluates a referee’s potential, the ability to maintain concentration is the most crucial thing he looks for.

Collier said: “It is all about focus. Firstly, you need to keep your eye on the table as that is where things are happening. However, at this level you are also responsible for controlling crowds of over 1,000 people, keeping your eye on photographers and looking out for mobile phones. There are all of these different things that are required of you, but after all of that you have to be able to return your attention to the table. It is that multi-tasking that I am looking for, as well as anticipation. You don’t want to be putting a ball on its spot and looking over your shoulder for where the player is. You need to already know, because you know what they are going to do next.

“Some of the longer matches are actually quite easy to concentrate on, because you are constantly surveying the situation. The longer games tend to be more tactical, so there is more chance of fouls and misses and more to concentrate on. By contrast, when a player is flowing at the table like Ronnie O’Sullivan in scoring mode, it is probably too easy. When I refereed Ding Junhui and Mark Selby in the world final in 2016, I had no idea that the first evening session went past midnight until I came off. I was so focused. The more experienced referees are the ones that don’t lose focus and use the longer matches to their advantage.

“It is a completely different mindset to that of a player. If a player goes out and has a very bad night because of poor preparation or for whatever reason, then they lose. They let themselves down and that is it. If we go out and make one mistake in a tournament, everyone remembers and they crucify you for it. Players are going out there to try to do well, we are going out knowing we have to do well. There is a difference. We are always going to try to do our best, but we also know that we need to. There is no halfway.”

Chartered Sport Psychologist Steven Sylvester has been involved with snooker for many years. He was working with Peter Ebdon when he became World Champion in 2002 and has also worked with Shaun Murphy and Ali Carter.

In his book, ‘Detox Your Ego’, Sylvester states that for someone to fulfil their potential under pressure, they must look past their egotistical dreams and find a cause which extends beyond themselves. Sylvester believes this philosophy is very much applicable to snooker referees.

“One of the key points to consider is whether they know their importance in the context of the sport,” said Sylvester, a former professional cricketer.

“We need to know what their reason is for refereeing in the first place. How much of it is because they want to put snooker on the map and make a contribution to the sport as a whole? To really excel as a referee, you need to consider that you are representing snooker and are able to handle challenges like managing the crowd and potentially making mistakes.

“Referees are custodians of the game and they have to be ambassadorial. If I was on a selection process for a referee, I would be interested in how they think about the global game. How they dress, walk, talk and their etiquette and stature at the table would all be important. They might not always get the right decisions, but the process towards them would be the best it could be because of the way they think about the sport.

“When they make a mistake they need to be able to tolerate the scrutiny. In modern times they are in the public eye more, particularly given the influence of social media. I would be looking to train them with coping strategies for dealing with hostility. That can involve simply being able to smile at yourself. The mistake isn’t important. It is the reaction.”

The way in which referees react to mistakes and deal with public opinion is an important factor for Collier and other assessors.

“I’ve seen referees make an error and punish themselves for it. Not only have they looked uncomfortable for the rest of the match, but for an extended period. Some have never recovered,” admitted Collier.

“You just have to put it to bed, deal with it and move on. Players can’t be thinking that you are under pressure. Getting out of a rut is important. As a referee getting fully concentrated is quite easy, getting it back after losing it is quite difficult. The same holds true for confidence, recovering it is more difficult.

“Social media can be very painful. I’ve had referees that have been destroyed on social media, when they have actually made the right decision. Someone might not understand a rule and say the referee got it wrong when actually they got it right. The abuse is frightening. I’m at the point where it doesn’t bother me. I am out there to do a job because I have earned the right to be there and know I am quite good at what I do. Some of the newer referees haven’t got that confidence, they read too much into what people think. That is the way the world is now, so we have to live with it.”

For the referees who are able to work their way through the ranks, the most fulfilling reward can be a place in the limelight on the biggest stage. Both Collier and fellow assessor Brendan Moore have been given the ultimate honour of officiating in snooker’s biggest match, the World Championship final, on two occasions each. They remain two of the top referees on the tour. 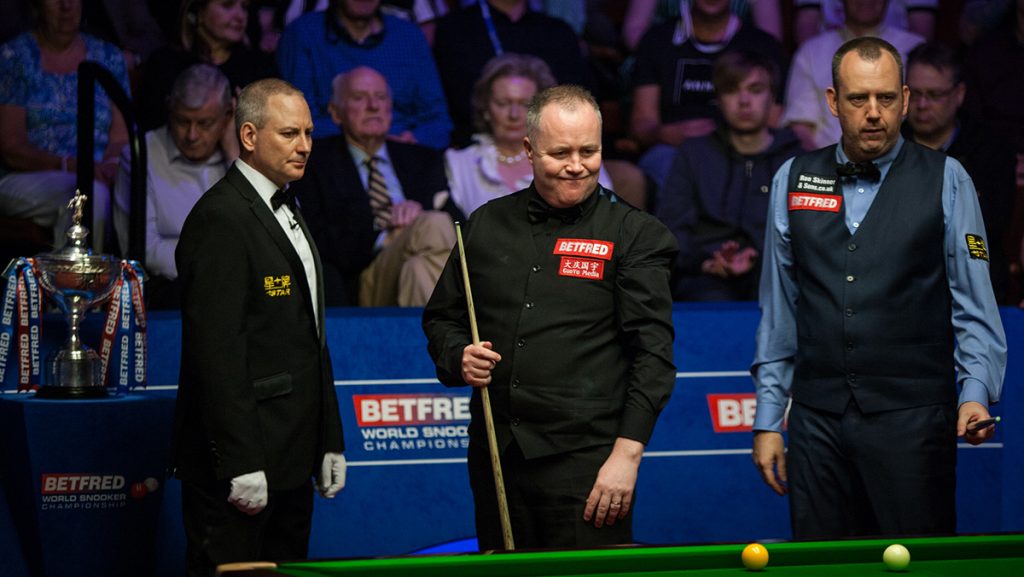 Sheffield’s Moore said: “I remember Jan Verhaas saying to me once that after my first world final it will never quite feel the same. In a way he is right. That buzz of being involved in a world final is incredible. The closest I have got to it was the Masters final that I did earlier this year, where the noise and atmosphere was unbelievable. You can’t quite beat the Crucible for me, but that was superb.

“I love assessing. It is one of the best parts of the job, being able to share my experiences. What I like about the system is that between myself, Paul, Jan Verhaas and Olivier Marteel there isn’t anything we teach them that we haven’t been through ourselves. From somebody running on to the set, something happening in the crowd or an incident on the table, one of us will have experienced it. You are there to help them through the process. My personal way of dealing with it is to have a joke with them. However, you get to know the individual. Sometimes you need to put an arm round their shoulder and sometimes they need a kick up the backside!”