Vladislav Gradinari, who turned 14 just three months ago, became the youngest player to win a televised match in a ranking event by beating Ng On Yee in the first round of the BetVictor Shoot Out.

The Moldovan teenager, who moved to England two years ago, is into the last 64 in Leicester and will play his second round match on Friday. Despite his inexperience and the pressure of the shot clock, Gradinari looked calm and composed at the table, and a break of 21 helped him to victory over three-time Women’s World Champion Ng. 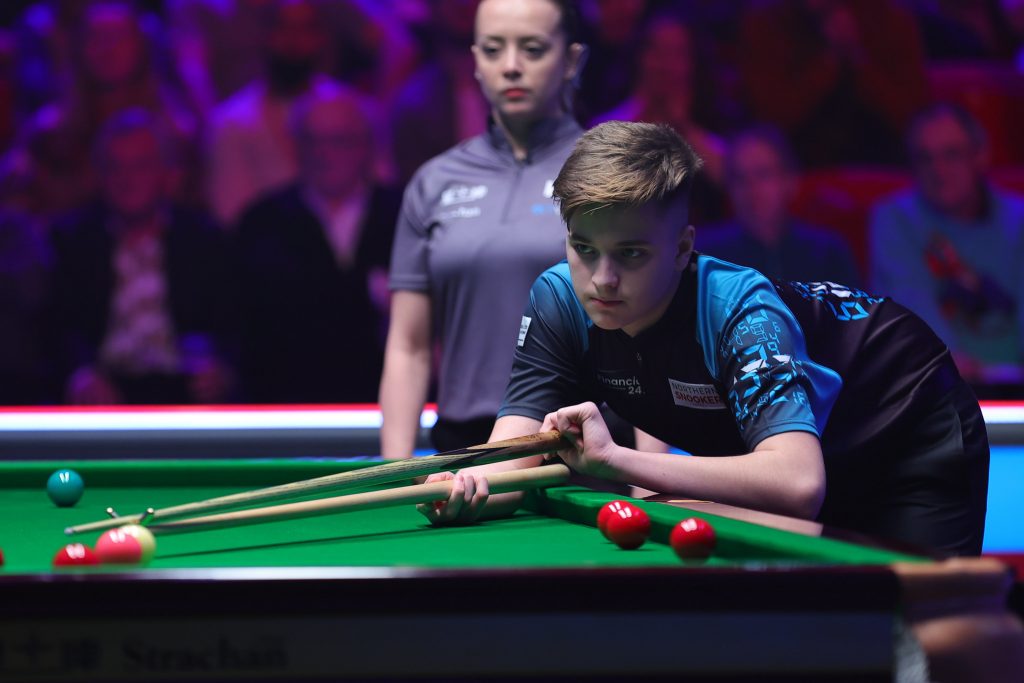 “It feels amazing, I played my best game,” said Gradinari, who won an English Under-14 event to earn a wild card into this week’s tournament. “I had some shots and I potted them.

“Snooker is not really popular in Moldova, we only have three or four tables there. We are trying to improve the level there.  I started watching on TV because my mum and grandad watched snooker. I started playing snooker at the age of seven. I am now living in Leeds and practising at the Northern Snooker Centre. I am doing everything possible now to become a professional player. I can’t wait for the second round here.”

Defending champion Hossein Vafaei fell at the first hurdle, losing to Shaun Murphy. Both players missed chances before Murphy snatched the tie in the last two minutes with a break of 28.

Ben Mertens came from 21-0 down to beat Anthony Hamilton with a break of 34, while BetVictor Welsh Open champion Joe Perry compiled a run of 58 to knock out Luca Brecel.