Neil Wins Battle Of The Robertsons 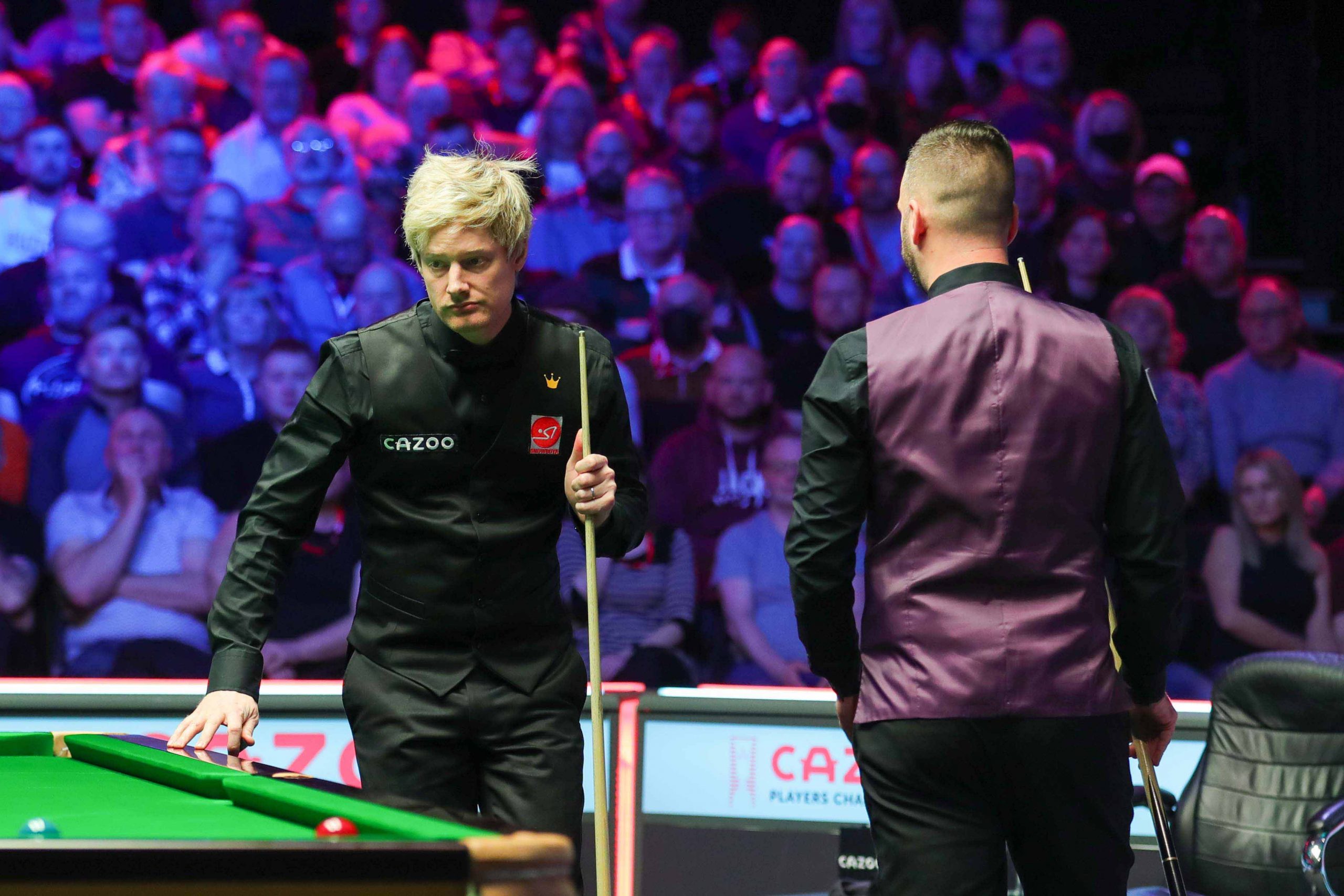 Neil Robertson set up a repeat of the Cazoo Masters final with Barry Hawkins, by beating Jimmy Robertson 6-1 to clinch a place in the title match at the Cazoo Players Championship in Wolverhampton.

The pair met at Alexandra Palace last month, having both negotiated epic semi finals. Robertson defeated Mark Williams 6-5, while Hawkins edged past Judd Trump by the same scoreline. However, Robertson surged to victory in the final, winning 10-4 to pick up the Paul Hunter trophy.

The Australian is sure to head into the encounter in confident mood, having won the last five meetings between the pair. He also leads the head-to-head record by an 11-4 margin. Tomorrow’s match will be 21-time ranking event winner Robertson’s 35th appearance in a ranking final.

Hawkins will be hoping for a tighter contest than last month’s Alexandra Palace showdown. They will again meet over the best of 19 frames, over two sessions, for a £125,000 top prize.

Today’s win for Robertson leaves him in a strong position to qualify for the Cazoo Tour Championship, which he won last season. Only the top eight in the one-year list can claim a place in the prestigious event. The Melbourne cueman came into this week in sixth position, but is now provisionally up to fourth in the standings.

Jimmy Robertson leaves Wolverhampton with the consolation of £30,000 after reaching his second semi-final of an extremely impressive campaign. He also made the last four at the British Open and was a quarter-finalist at the Cazoo World Grand Prix.

The Bexhill cueman was just a single frame from tour relegation at the end of last season, beating Zhao Jianbo 6-5 at World Championship qualifying to rescue his professional status. 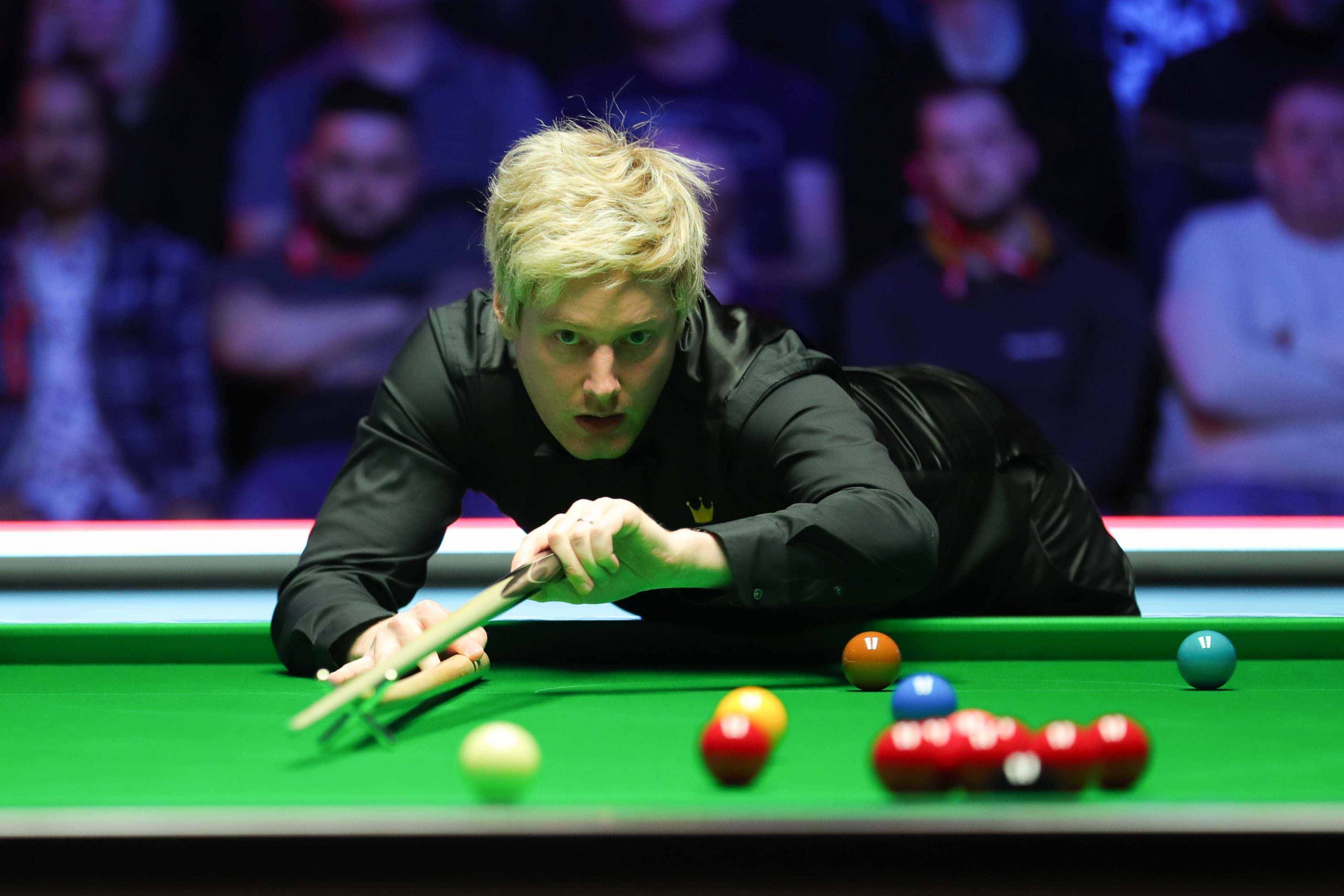 It was Neil who took the first three frames today, including a run of 86 in the opener, to establish a stranglehold on proceedings. However, Jimmy did give himself hope heading into the mid-session by taking the fourth on a respotted black to reduce his arrears to 3-1.

When play resumed Neil surged to the finish line. He composed breaks of 55 and 53 on his way to a further three consecutive frames which saw out the 6-1 victory.

Robertson said: “Barry is going to be really motivated to win. It is fantastic to see him back in another final. He is a great player and our matches are always played in a good spirit. Even after the Masters final we had a great time at the party afterwards. When you are against someone like Barry you play the match, whoever the best wins and there is no problem with that.

“Jimmy is a great guy. It would have been terrible to see him drop off the tour. It was only a few years ago he won the European Masters. He is someone you are used to seeing in the latter stages of tournaments against the top guys.

“To get to the final is a massive bonus. It puts me in a much better position to be in the Tour Championship and actually defend my title. I’m in a good place to do that now and that was my goal at the start of the week.”