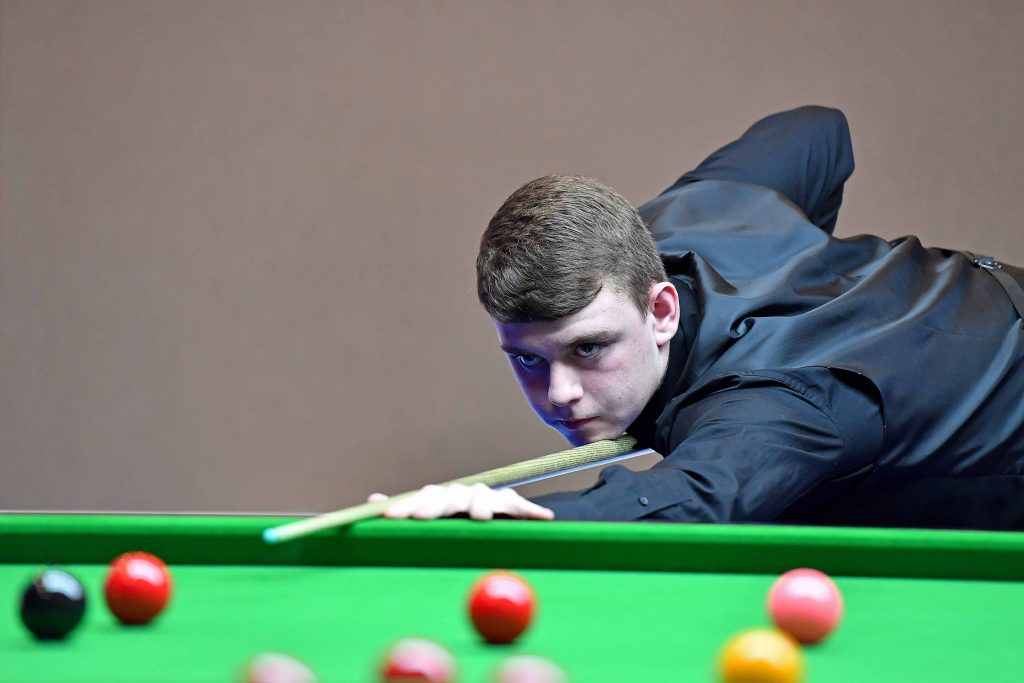 Sean Maddocks could barely have better practice partners to help prepare him for the challenge of playing on the World Snooker Tour for the first time next season.

In his home city of Liverpool, one of snooker’s traditional hotbeds, 18-year-old Maddocks plays regularly with the likes of Rod Lawler, Ricky Walden, Andrew Higginson, Robbie Williams, James Cahill and Allan Taylor – a group with over 80 years of pro experience between them.

“I have learned a lot from them, particularly Rod,” said the teenager. “When they tie you in knots all of the time, you have to find ways to cope. When I play in junior tournaments I see a lot of good potters, but if you put them in trouble their heads can go. I know that’s not going to happen on the pro tour but at least I’m used to it. You need to be good at all parts of the game.”

Earlier this year, Maddocks reached the final of the WSF Junior Open in Malta, losing to China’s Gao Yang, and he was also runner-up to Aaron Hill at the European Under-18 Championship in Portugal. He had another near miss last year at Q School, reaching the final round of the opening event before being denied a tour card by David Lilley.

Those disappointments were rendered immaterial earlier this week as Maddocks found out that he had earned a place on the circuit when the announcement about the structure of the tour for 2020/21 was made.

“It was a surprise because I thought I was going to have to go to Q School,” he said. “I had come close a few times and just missed out, so it was a big relief to finally get my card. I just want to make the most of it now.”

Maddocks first played snooker at the age of ten and his talent was recognised by long-term coach Neil Johnson. By the age of 12 he was making centuries and at 15 he compiled his first competitive maximum at a Pro-Am in Leeds. He since has won a multitude of amateur titles and made two more 147s in tournaments.

“I remember winning the Merseyside Open when I was 15 and beating a few ex-pros,” he recalls. “That made me feel as if I could be good enough to turn pro myself.”

Away from snooker, he loves football and supports Everton FC. Perhaps it’s a good omen for him that the only World Champion from the city – John Parrott – is also a ‘blue’. He will try to turn a blind eye when the red half of Merseyside, including Walden, Higginson and Lawler, celebrate Liverpool’s long-awaited Premier League triumph some time in the next few weeks.

But purely from his perspective as a snooker player, 2020 will be a year that Maddocks never forgets.