Former British Open champion O’Brien was relegated from the tour at the end of last season but the 50-year-old Irishman has bounced straight back. In the final round he beat Rory McLeod 4-1 in a battle between two players with a combined age of 101.

“It’s a tough week,” said former Masters finalist O’Brien, who turned pro in 1991 and had never been relegated before last season. “If you don’t get through the first event here then the pressure is only going to build. I’m really proud of the way I battled for everything and kept a good attitude. A couple of weeks ago I wasn’t even sure whether I would play in Q School. If I was going to play then I was going to give it everything.

“I don’t see myself playing more than two more years and I plan to play a limited schedule. Over the last couple of years I’ve been chasing points and haven’t always enjoyed it. That frees me up to choose the tournaments I want to play and take more breaks.” 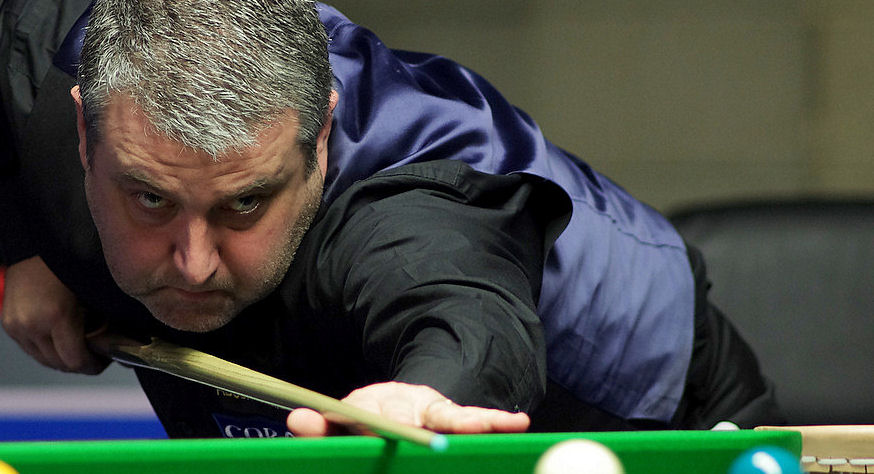 Lawler is another veteran with more than 30 years experience on the tour. The former International Open finalist, age 50, dropped off the circuit in 2021 but is now back for two more years. He let slip a 3-1 lead against Brandon Sargeant in the final round but then dominated the decider to win 4-3.

“I’m really delighted to be back on tour,” said Liverpool’s Lawler. “I can’t give up the enjoyment of the battle, that’s what I have really missed over the past year. I’m coming towards the end of my career so I have to embrace the next two years and enjoy it.”

Hong Kong’s Lee last played on the pro tour in 2020 and now returns after a two-year absence. The 41-year-old scored a 4-2 win over Luke Simmonds, pulling away from 2-2 to take the last two frames with a top break of 57.

“It’s disbelief, I’m shocked to have got through,” said Lee. “When Covid hit in 2020 I went back to Hong Kong and I couldn’t come back to the UK. So I haven’t been playing to any kind of elite level over the past two years. I have practised occasionally with Marco Fu which has really helped.

“The last round of Q School is the worst match that any snooker player can be involved in. There is so much at stake, it’s all or nothing.”

China’s 20-year-old Bai was relegated at the end of the 2020/21 season, though he played in most ranking events last term as a top-up amateur. He now regains his tour card thanks to a narrow 4-3 victory over Sunny Akani. Thailand’s Akani led 2-0 and 3-2 and had chances for victory in each of the last two frames, but Bai won them both on the colours.