Ollie On The Front Line

When Olivier Marteel was asked to put his own health at risk in order to play a vital role in the fight against coronavirus in Belgium, he didn’t hesitate. 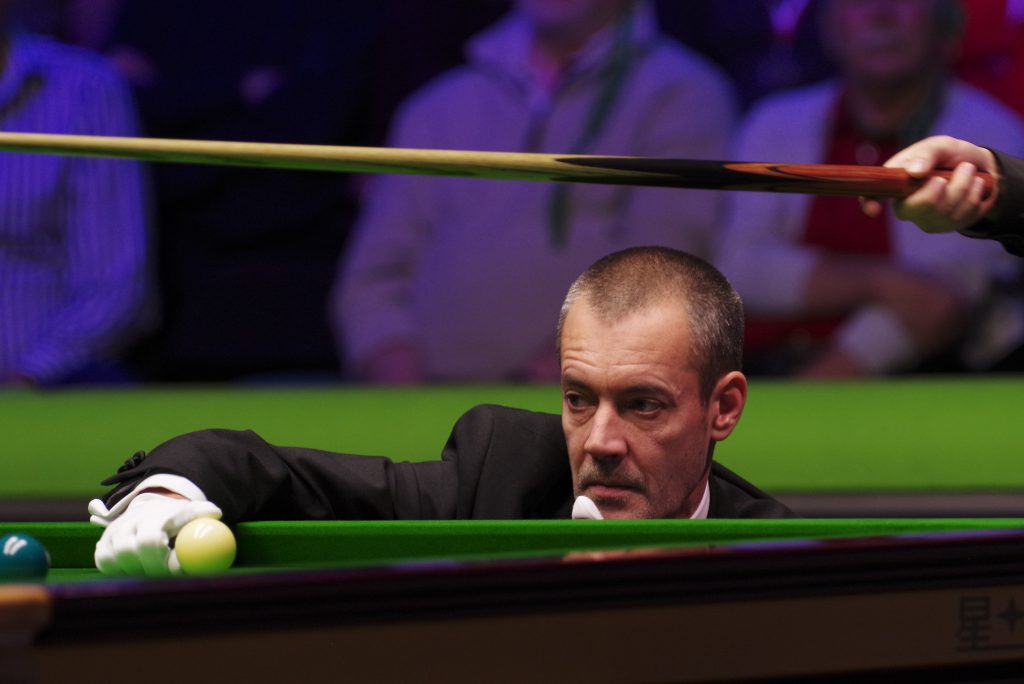 Marteel is one of snooker’s most experienced referees

Marteel would have been at the Crucible this week for the Betfred World Championship – where he refereed the final in 2015 – had the tournament not been postponed until later in the year. Instead his full time job as a nurse at the AZ West hospital in Veurne has taken precedence.

He usually works in radiology but, as the pandemic took hold, he was asked to play a different role.

“When the virus because widespread, each hospital created an extra Accident and Emergency department, so there was one for Covid patients and one for everything else,” explains the 50-year-old from Ghent. “My head nurse asked me if I could work on the Covid A&E department. Otherwise I would have been in Sheffield so this fortnight was clear in my diary.

“I am working on triage so I am the first person that patients see when they come in. My job is to assess them , check their symptoms, find out if others in their family have been ill, and then I decide whether they need to be tested for Covid or to see a doctor. So I am seeing a lot of patients every day.

“To some extent it is basic nursing because I am judging the symptoms. And I am used to being on the front line because in radiology I do X-Rays and CT scans which show whether cancer is growing, so I see that information first and pass it to the oncologist. But of course I have never worked in an A&E situation like this before. 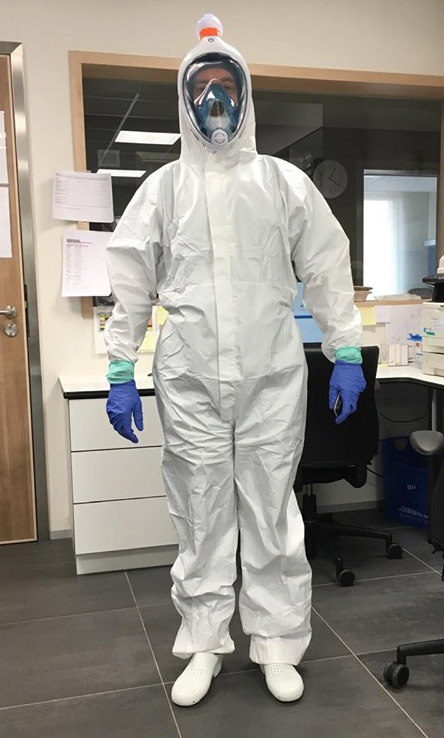 In full PPE, ready for his shift

“When I was asked to take on this role, I didn’t even have one second of doubt. Ever since I was a young child I wanted to work in medicine. I trained for three years and I have been working for 28 years. So when this came up, I jumped at it, even if there are some risks.

“It is tough of course. Just as you do in the UK, we have problems here getting enough personal protective equipment. This weekend we started using scuba diver masks which were bought in a sports shop, because we don’t have enough of the correct masks.

“The worst thing is the heat. The body produces a lot of heat but it can’t escape from the costume. I am often wearing two pairs of gloves – one for the whole day and another pair when I am treating patients. By the end of the day my hands feel like gum.

“Most people in Belgium are supportive, we have clapping or music every day at 8pm, and that helps the medical staff mentally. But some people are the opposite – I had one man shouting at me on the phone because his wife was on the ward but the result of her test hadn’t come through yet. I was gobsmacked, but thankfully it was a one-off.”

Marteel has refereed on the World Snooker Tour since 2006 and has taken charge of the finals of all three Triple Crown events, among many other tournaments. He is also an assessor, helping the younger referees to improve their skills. But while making tricky decisions with millions of people watching around the world may bring its own pressure, that hardly compares with the crucial choices he makes every day in the medical field.

“I have always said that refereeing is a piece of cake compared to my main job,” he added. “I treat snooker like a job as well of course, but for me it is a holiday. And that will never feel more true than when I’m back at a tournament – before long I hope.”