“The best female player I have seen at her age,” is how Mike Dunn describes 18-year-old Ploychompoo Laokiatphong. This video of her knocking a break of 76, at the age of just 15, is evidence of the Thai teenager’s natural talent. 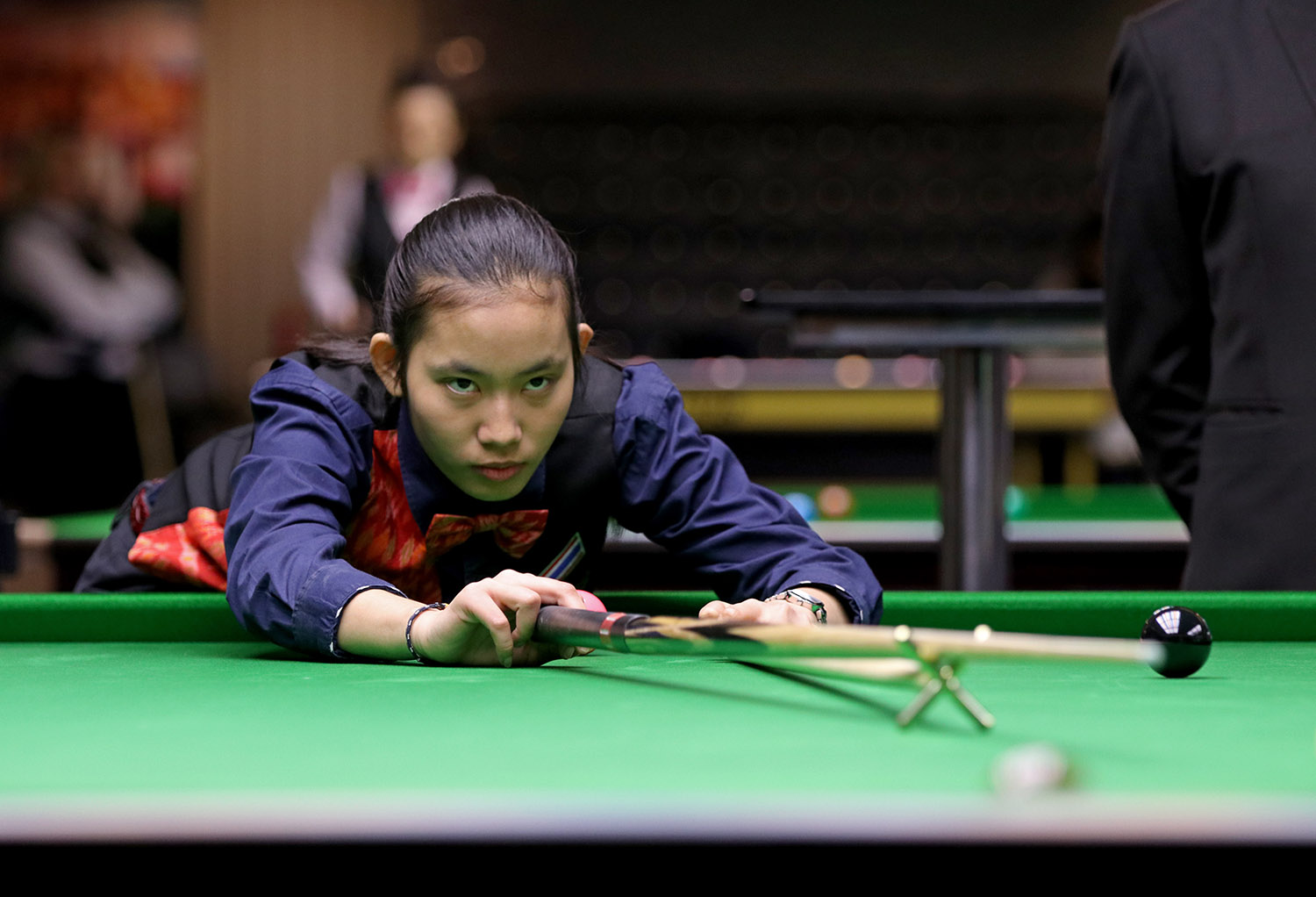 Dunn is Head Coach at the Q House Academy in Darlington, where Laokiatphong often practises. She lives in Thailand but comes to the UK for spells of two or three months at a time, with her aunt who is her sponsor. They enjoy days out sight-seeing in London and Durham (though not Barnard Castle). But when she is focused on snooker, there’s no doubting her dedication.

“She’s a very hard worker, she’ll play in the academy for seven hours every day,” said Dunn. “She’s a very natural player with a lot of ability and fantastic technique. She’s also a lovely person and a good listener who wants to improve. All she needs is experience. Having been to a few of the women’s tournaments I can see that the standard at the top is very high, but she definitely has the game to compete.”

Laokiatphong proved just that in 2018 when she reached the quarter-finals of her very first World Women’s Snooker event, beating Rebecca Kenna along the way.

Since then she has reached the quarter-finals of the World Women’s Championship and the semis of two other ranking events, climbing to 14th in the world.

Her best moment came at the World Women’s Under-21 Championship in 2019 when she beat fellow Thai Nutcharut Wongharuthai 3-1 in the final.

Snooker is one of the few major sports where men and women can compete against each other, and it may not be long before a female player earns a place on the World Snooker Tour. If she keeps improving at her current rate,  Laokiatphong could prove to be a player who breaks down boundaries.