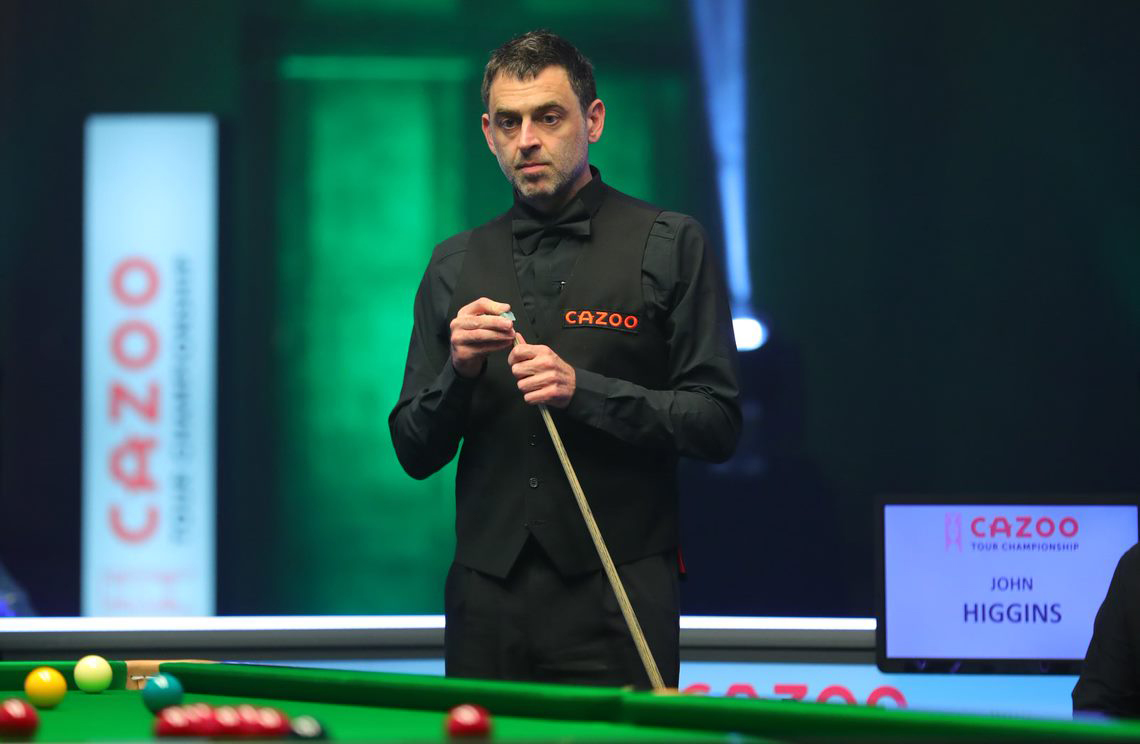 World Champion Ronnie O’Sullivan defeated John Higgins in a multi-session match for the first time since 2005, winning 10-8 in their Cazoo Tour Championship quarter-final.

The last time O’Sullivan defeated Higgins in a clash stretching over more than one session was in the 2005 Masters final. Today’s victory ends that 16-year run.

The result avenges their last meeting in the Cazoo Players Championship final earlier this month, where Higgins stormed to a 10-3 victory. That saw Higgins secure his first ranking title in three years since the 2018 Welsh Open.

O’Sullivan will now face either world number one Judd Trump or Barry Hawkins in the second semi-final on Saturday.

The Rocket is aiming to pick up his first silverware of the season, having lost all four of the finals he has appeared in this season. O’Sullivan has been runner-up at the Northern Ireland Open, Scottish Open, Welsh Open and Players Championship so far this campaign.

It was O’Sullivan who established a 5-3 advantage after this afternoon’s opening session and he started quickest this evening as well, firing in a break of 72 to lead 6-3.

Higgins responded immediately with a run of 73 to pull within two, before they traded the following two frames to head into the mid-session with O’Sullivan leading 7-5.

When play resumed, O’Sullivan composed a fine century run of 112 to re-establish a three frame gap. However, Higgins claimed two on the bounce to ensure an intriguing finish at 8-7.

O’Sullivan moved a frame from victory with his 1,100th career century break, a run of 101. Higgins clawed one back, before a tense 18th frame. Higgins required and got a snooker on the last red. However, O’Sullivan eventually potted the yellow and cleared to the pink to run out a 10-8 victor.

“I just tried to enjoy the occasion, enjoy the game and not get too involved with winning or losing,” said 45-year-old O’Sullivan. “I just turn up and play, if you play well one week then great. If you don’t then no big deal, there is one next week. It is good when you play in quite a few tournaments, as you don’t care if you win or lose.”

Higgins said: “I’m disappointed, Ronnie struggled a bit as well. It must have been good to watch, but the quality wasn’t the best.

“This was a massive tournament to play in, I lost in the first round last year and I’ve done the same again. I just have to dust myself down now.”