Ronnie O’Sullivan came from 3-0 down to beat Barry Hawkins 6-4 at the Cazoo Players Championship and reach a record-equalling 57th ranking event final. 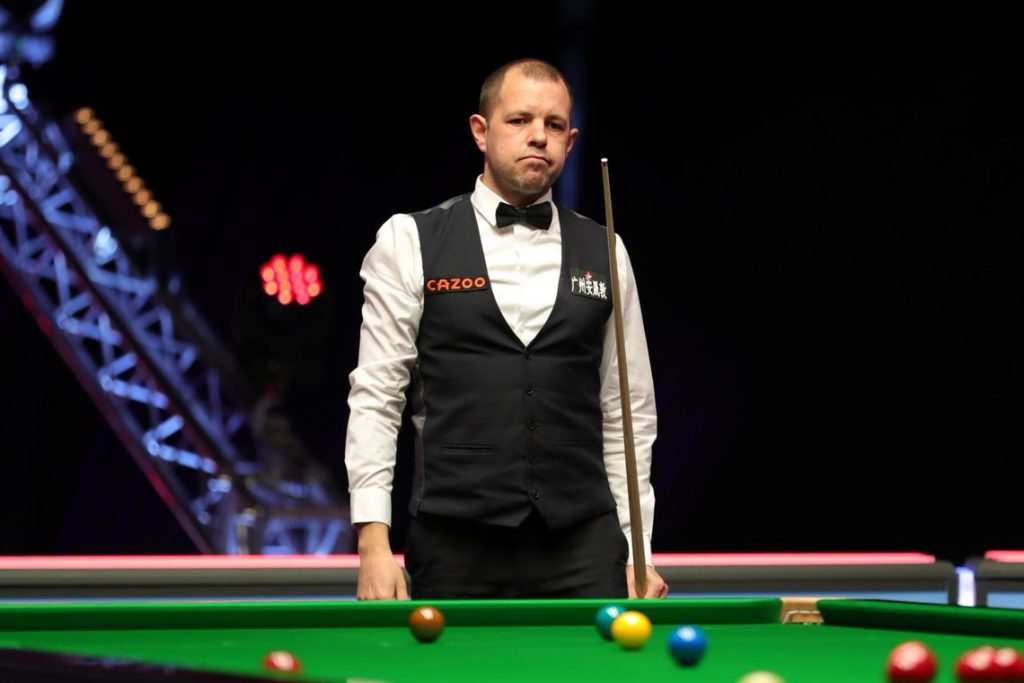 After the effortlessness of last night’s win over Jack Lisowski, this time O’Sullivan was given a much tougher examination, but came out on top to set up a clash on Sunday with John Higgins or Kyren Wilson. Only Stephen Hendry has appeared in as many ranking finals.

O’Sullivan has won 37 of his previous 56, but has lost three in a row this season. He was beaten by Judd Trump at the Northern Ireland Open, Mark Selby at the Scottish Open, and surprisingly by Jordan Brown at the BetVictor Welsh Open five days ago. The 45-year-old has bounced back quickly from that setback and has another opportunity to capture his first silverware since landing his sixth World Championship crown last August.

Both players missed chances in the opening frame tonight and Hawkins won it on the colours, then he made breaks of 109 and 87 to extend his lead. Frame four came down to a safety battle with two reds remaining, and O’Sullivan trapped his opponent in a tough snooker, then scored the points he needed from the chance that followed to gain a foothold in the match at 3-1.

In frame ten, O’Sullivan led 32-24 when he missed a red to a top corner. Hawkins replied with 38 then was unlucky not to finish on a red when he cannoned a cluster of three near the baulk cushion. A tactical exchange ended with a botched safety from Hawkins, letting O’Sullivan in to clear with 42 for victory.

“It was a tough match, I wasn’t at the races early on,” said world number two O’Sullivan, who won this event in 2018 and 2019. “I had to find a way of getting back into the match and after the interval I managed to play better.

“In the last frame I was getting tight, I knew I would miss something. Barry was looking good for 5-5, but he was unlucky when he cannoned the reds.”

Earlier today O’Sullivan watched a masterclass from John Higgins, beating Mark Selby 6-0, and the Essex cueman knows it will be a formidable task if he faces Higgins in the final.

“It was ridiculous, I couldn’t watch in the end. It was so granite, it was evil,” said O’Sullivan in admiration. “John showed what a class player he is because Selby is one of the best in the business at those type of matches. It was the toughest matchplay I’ve ever seen, it was bordering on the obscene.

“How can you be that tough? It’s not easy to play defensive snooker that well. John and Mark are better at it than anyone. It’s a waste of time for me to try because I can do it for 80% of the time, then mess up with one shot. But those guys are very astute, it was real purists’ stuff. If I play John in the final and he does that to me, I’ll be sitting in my chair a lot.”