O’Sullivan: Fans Spur Me On

Ronnie O’Sullivan’s bid to win a record-equalling seventh Betfred World Championship crown started strongly as he hammered Mark Joyce 10-4 to reach the last 16 at the Crucible.

The opening day in Sheffield marked the return of fans to sport in the UK. O’Sullivan struggled with his game in the first ten frames against Joyce but then, thriving on the Crucible’s unique atmosphere, stepped up a gear and finished with three consecutive centuries. 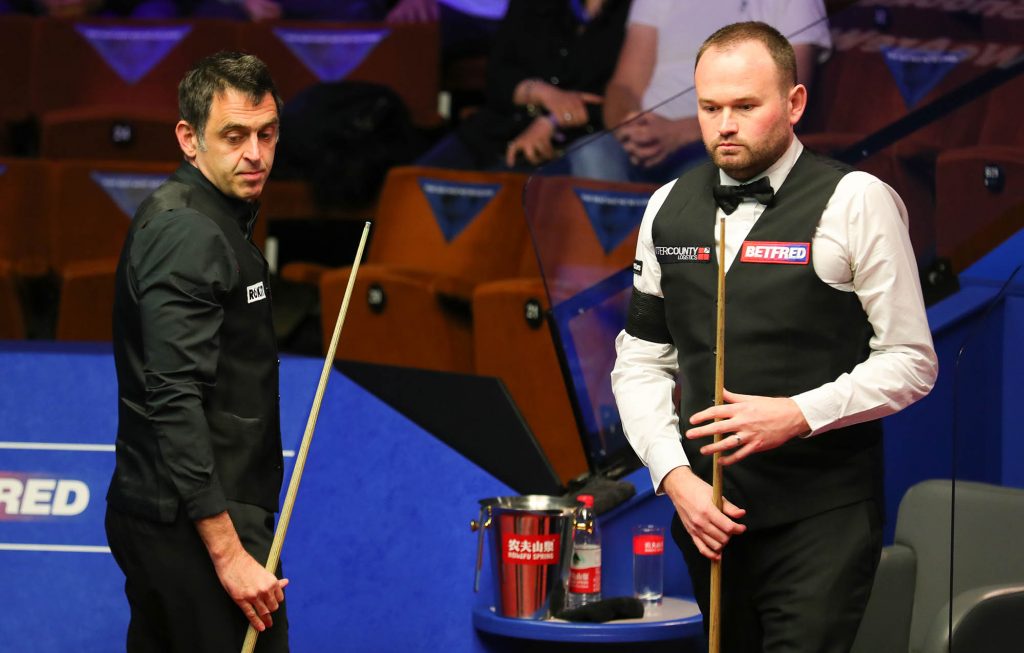 “It was a great to have a crowd,” he said. “It’s fantastic for the fans to be back watching snooker, I could feel them there. Having a crowd makes me want to find something, it’s my natural instinct. It spurs me on to play better.”

With a comfortable victory over Crucible debutant Joyce, O’Sullivan set up second round match with  Anthony McGill or Ricky Walden. Having lifted the trophy in 2001, 2004, 2008, 2012, 2013 and 2020, O’Sullivan needs one more title to match Stephen Hendry’s record of seven.

This season has been a mixed one for 45-year-old O’Sullivan – he has plenty of match practice under his belt having reached five ranking event finals, but has the unwanted record of losing all five. Despite not winning a title since conquering the Crucible last August, the Essex cueman is rated among the favourites for the £500,000 top prize, alongside Judd Trump and Neil Robertson.

O’Sullivan struggled for fluency in the the first session today, and Joyce looked in with a chance when he won the first frame of the evening to trail 6-4. But Walsall’s Joyce scored just eight points in the last four frames as O’Sullivan hit top gear with breaks of 58, 124, 137 and 112. 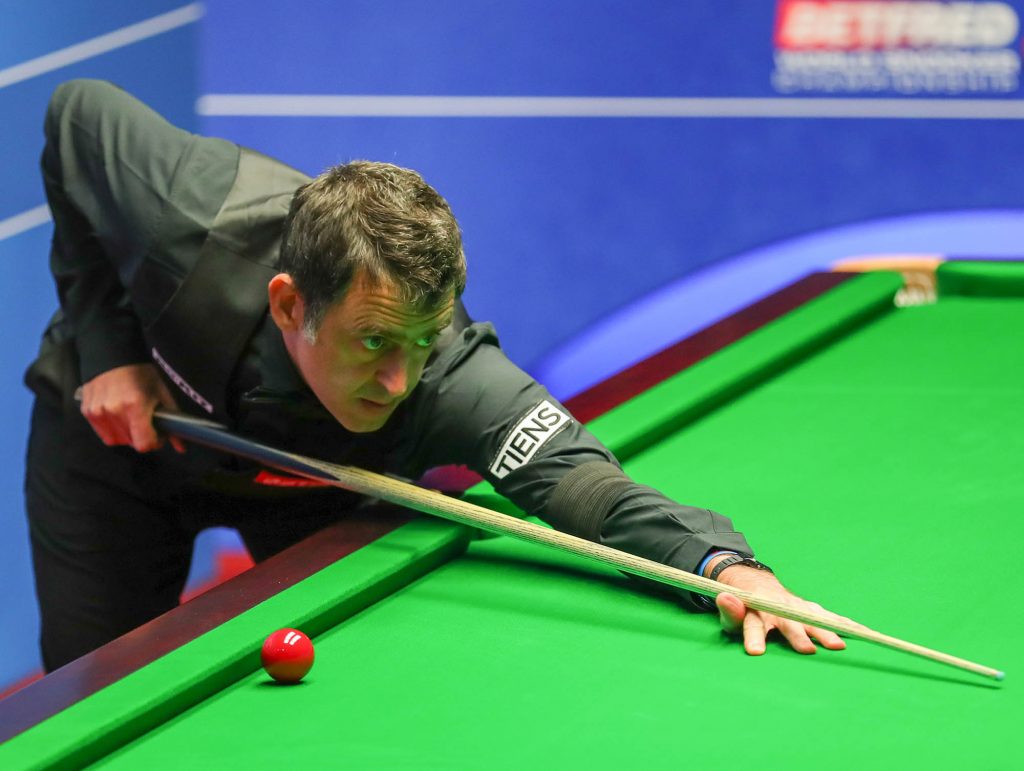 “There’s nothing good to say about the first ten frames,” said O’Sullivan, who is playing at the Crucible for a remarkable 29th consecutive occasion having made his debut in 1993. “I played well towards the end, hopefully I can use my experience and build on that. It’s a long tournament so things can turn around but I will need to play like that for 60 or 70 per cent of the time to have a chance. There are times out there when I wonder why I’m playing, then I look at the bigger picture. Snooker has been good to me and I enjoy it.”

Joyce said: “I have mixed emotions, I enjoyed the match but I’m disappointed with the way I played. Ronnie looked as nervy as me early in the match and at that point I felt he was there for the taking. My safety and long potting were good but I missed too many easy balls and he mopped up. Then tonight he played with a lot more freedom. Having played here once it has made me more determined to get back again. Next time I will be more relaxed.”

On the other table, David Gilbert moved within three frames of the second round as he opened up a 7-2 advantage over Chris Wakelin.

World number 15 Gilbert has struggled this season in ranking events, reaching just one quarter-final, but can rescue his campaign with a deep run in Sheffield. The Tamworth cueman dominated today’s session, compiling breaks of 60, 132, 111, 50, 90 and 100 as he built a 7-1 lead.

Wakelin won the last frame of the session but still needs a monumental comeback when they resume on Sunday at 2.30pm.