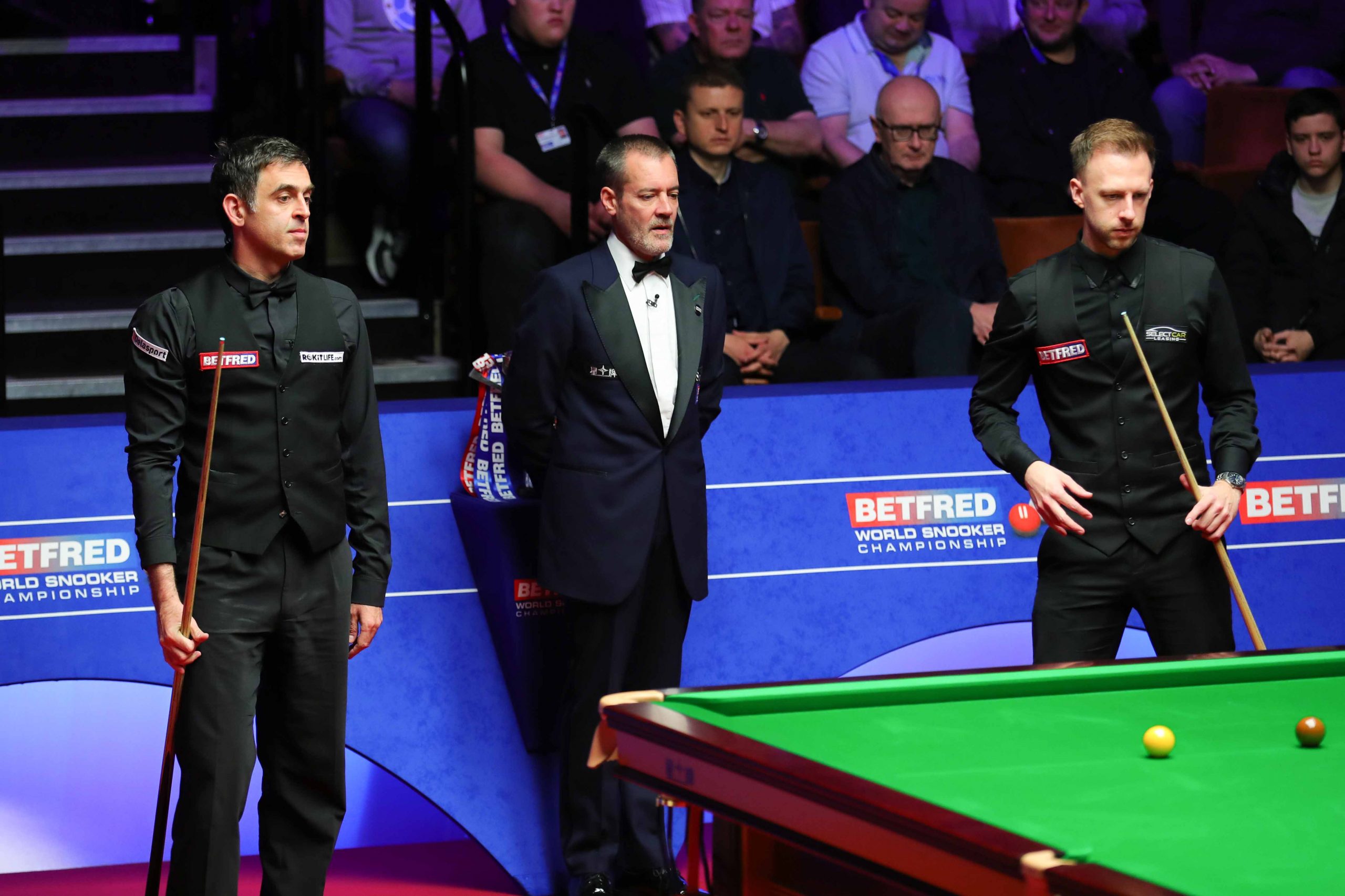 Ronnie O’Sullivan leads after the first session of the Betfred World Championship final, but Judd Trump took the last two frames to end the afternoon just two behind at 5-3.

O’Sullivan is chasing a historic record equalling seventh Crucible crown, which would tie Stephen Hendry’s tally. The 46-year-old would become the oldest ever World Champion if he were to win the event, eclipsing Ray Reardon who was 45 when he claimed his sixth world title in 1978.

Trump is bidding for his second World Championship win. The Ace in the Pack tasted Crucible glory back in 2019, when he scored a stunning 18-9 win over John Higgins in the final. Bristol’s Trump edges the head-to-head standings with O’Sullivan, leading 13-12.

They entered a packed Crucible arena to a standing ovation ahead of play and both hit the ground running with a standard befitting of the occasion.

It was Trump who took the first with a break of 72. O’Sullivan swiftly responded and contributions of 120 and 68 saw him take to the front at 2-1.

Trump had looked set to restore parity when he left O’Sullivan needing a snooker in the fourth, but missed a red which he attempted to play right handed on 52. O’Sullivan then got the snooker he needed and eventually forced a respot. Trump put the black to the side cushion, before 38-time ranking event winner O’Sullivan nailed a cocked hat double to steal the frame and lead 3-1.

O’Sullivan then moved three in front by taking the next and a break of 105 saw him make it five frames on the bounce. Trump hit back with a run of 97 to reduce his arrears to 5-2. O’Sullivan had a chance to take the last but snookered himself on the final yellow. Trump got in with a mid-range yellow and cleared the colours to end two behind at 5-3.

The second session of this best of 35 encounter takes place at 7pm.