O’Sullivan On Verge Of Crucible Crown

Ronnie O’Sullivan is just one frame away from a sixth Crucible triumph as he leads Kyren Wilson 17-8 in the final of the Betfred World Championship. 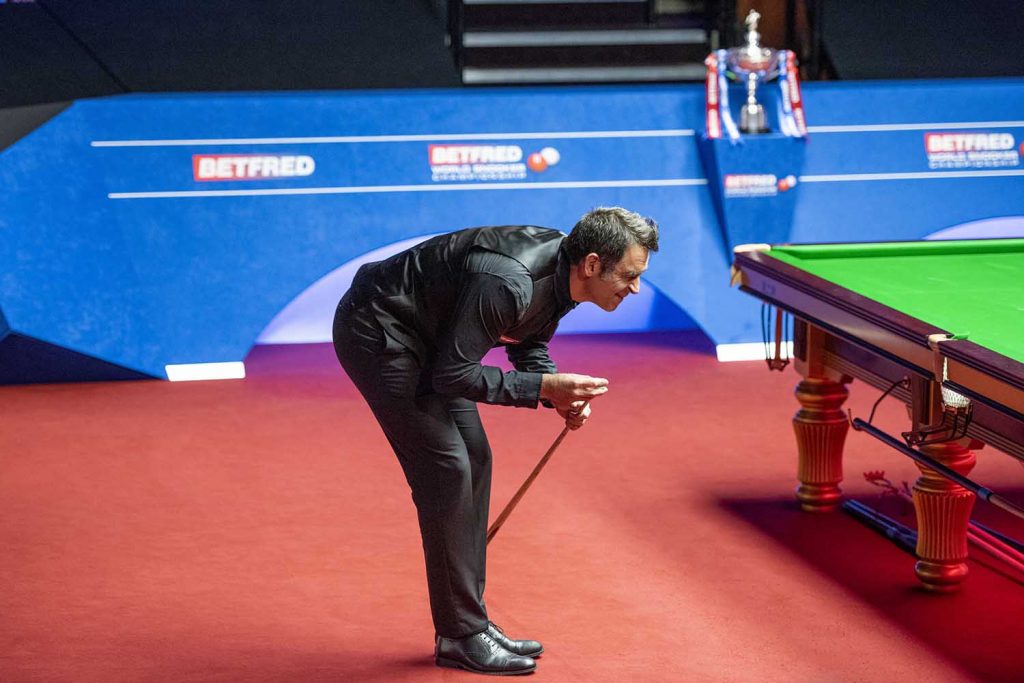 Six Crucible crowns would bring him level with Steve Davis and just one behind Stephen Hendry, and at the age of 44 he would become the oldest World Champion since Ray Reardon in 1978. O’Sullivan would also move to 37 career ranking titles, putting him one ahead of Hendry.

Wilson took the first frame of the third session with a break of 73 to trail 10-8 overall. He then had a chance to clear from 64-0 down in the next but crucially missed a tricky pink to a centre pocket on 15 when the remaining balls were in the open. That proved a turning point as O’Sullivan took the frame for 11-8, giving him the momentum to pull away.

Another error from Wilson early in frame 22, a missed red to a centre pocket, allowed O’Sullivan to make 60 and extend his lead, and the Rocket compiled a run of 71 in the next for 15-8.

A missed yellow with the rest, when he led 15-0, proved costly for Wilson in frame 24 as O’Sullivan made 72. In the last frame of the session, O’Sullivan led 61-0 when he missed the black off its spot. But Wilson’s chance to counter-attack ended on just 7 when he failed to roll the black along the cushion into a top corner. And with that, his hopes of a fight-back may have disappeared.