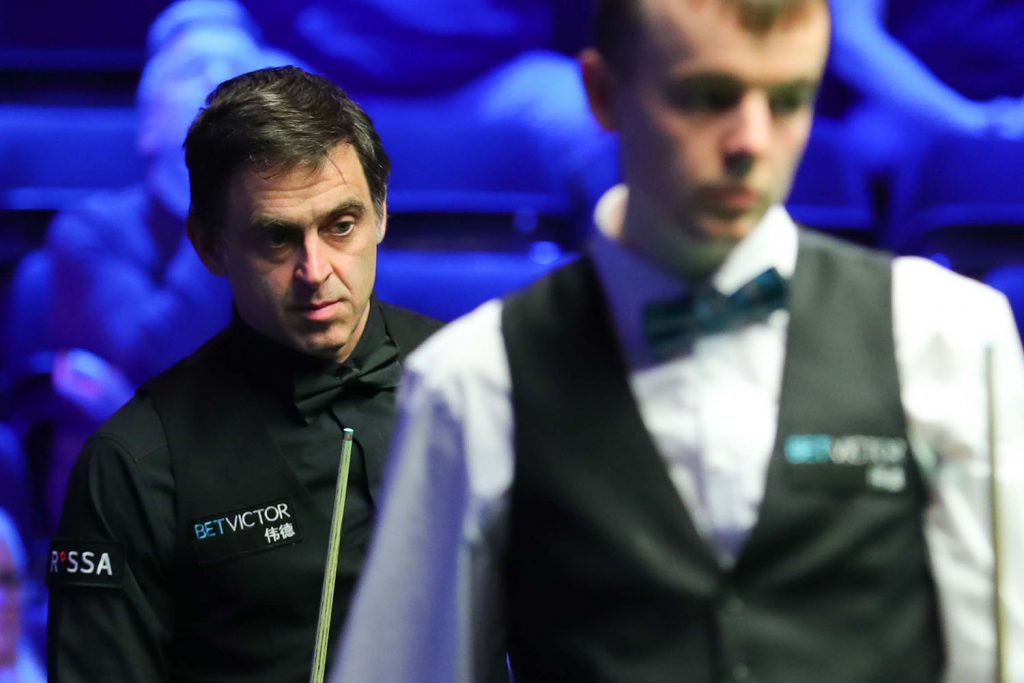 Snooker’s man of steel Ronnie O’Sullivan booked his place in the quarter-finals of the BetVictor European Masters with a 5-2 win over Ashley Hugill, then admitted that a great performance can make him feel like Superman.

O’Sullivan made two centuries and four more breaks over 50 in his best display of the week so far. In the last eight on Friday evening in Milton Keynes he will face Tom Ford or Fraser Patrick.

Asked after today’s match how he would like to be remembered when he eventually retires, the six-time World Champion replied: “As someone who played the game in a unique way. I craft breaks in an effortless manner and I know I’m going to do it. That’s why I play snooker because it makes me feel like Superman sometimes. I have tried a lot of things in my life but I’m yet to find anything else that makes me feel as good and as strong.”

World number two O’Sullivan made a 141, the highest break of the week so far, in the opening frame. A run of 96 put him 2-0 ahead, then Hugill pulled one back with a 77. In frame four, Hugill led 49-1, only for his opponent to make a fantastic 62 clearance which included a series of pinpoint positional shots.

O’Sullivan, chasing his second title of the season having won the Cazoo World Grand Prix in December, had some kind words for his opponent. “I really like Ashley, he’s a great guy and plays the game in the right spirit,” he said. “He’s probably the most improved player on the circuit. I wasn’t surprised when he gave Ali Carter a good hiding yesterday. He hits the ball fantastically well, a bit like Anthony Hamilton. I like watching him and enjoy his style of play.”

Graeme Dott top scored with 76 in a 5-2 win over Jordan Brown to reach his first ranking event quarter-final since 2020. He will now face Ryan Day, who saw off Sunny Akani 5-2 with a top break of 86.

Fan Zhengyi came from 3-0 down to win a Chinese derby against Yan Bingtao by a 5-3 scoreline, making breaks of 55, 53, 55, 74 and 60. Fan is through the the quarter-finals of a ranking event for the second time in his career – the first coming at the recent BetVictor German Masters. His next opponent will be David Gilbert or Pang Junxu.