O’Sullivan Stays In Touch With Selby

Despite losing the last two frames of the third session, Mark Selby holds a 13-11 lead over Ronnie O’Sullivan going into the last chapter of their Betfred World Championship semi-final battle. 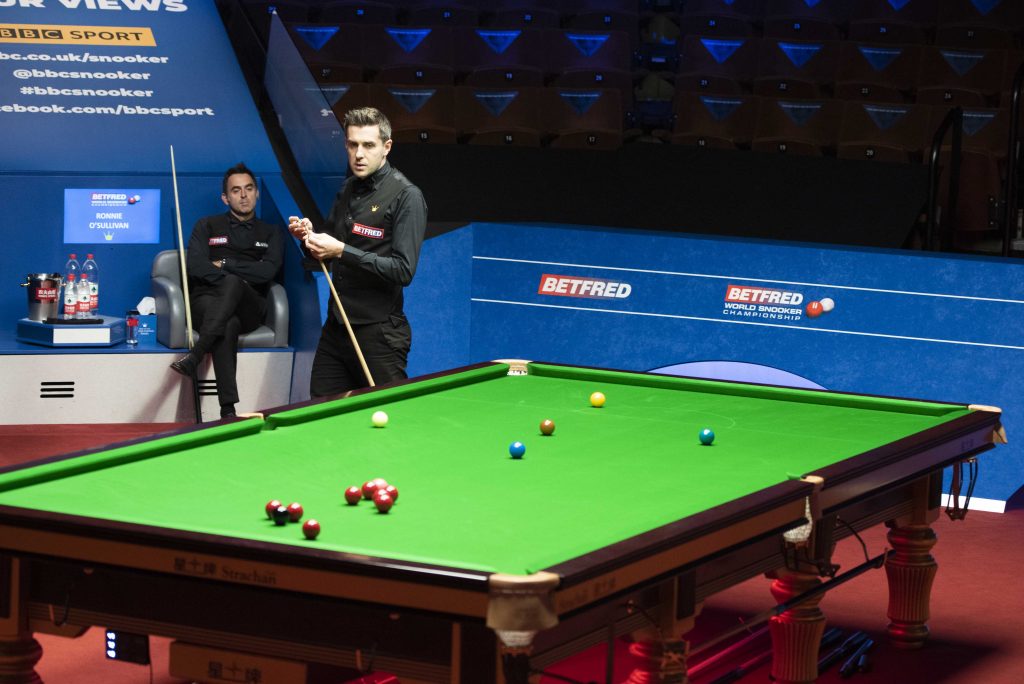 O’Sullivan looked a fading force at 13-9 behind, but crucially took the next two frames to reduce his deficit. They resume at 7pm on Friday with first to 17 frames to go through to the final to face Anthony McGill or Kyren Wilson.

Selby remains on course to beat O’Sullivan for a third time in three Crucible meetings, including the 2014 final when Selby came from 10-5 down to win 18-14. The Leicester cueman has reached the final four times and won three of those. O’Sullivan is playing in his 12th semi-final – equalling Stephen Hendry’s record – and hopes to lift the trophy for the sixth time on Sunday night.

A break of 97 gave Selby the opening frame this morning and put him 10-7 ahead. He had a chance in the next but missed a red to a top corner when leading 32-23, letting O’Sullivan in for a run of 45 which proved enough to take the frame.

Two breaks of 72 saw Selby pull away to lead 13-9, and at that stage he had won 11 of the last 15 frames. He might have stretched his lead had he not missed a red on a run of 50 in the 23rd. The frame came down to the last red and O’Sullivan was fortunate to trap his opponent in a tough snooker, and from the chance that followed he cleared with 33 to pulled one back.

In the last frame of the session, Selby had one early chance but only made 8, and O’Sullivan made breaks of 46 and 41 to draw within two frames.