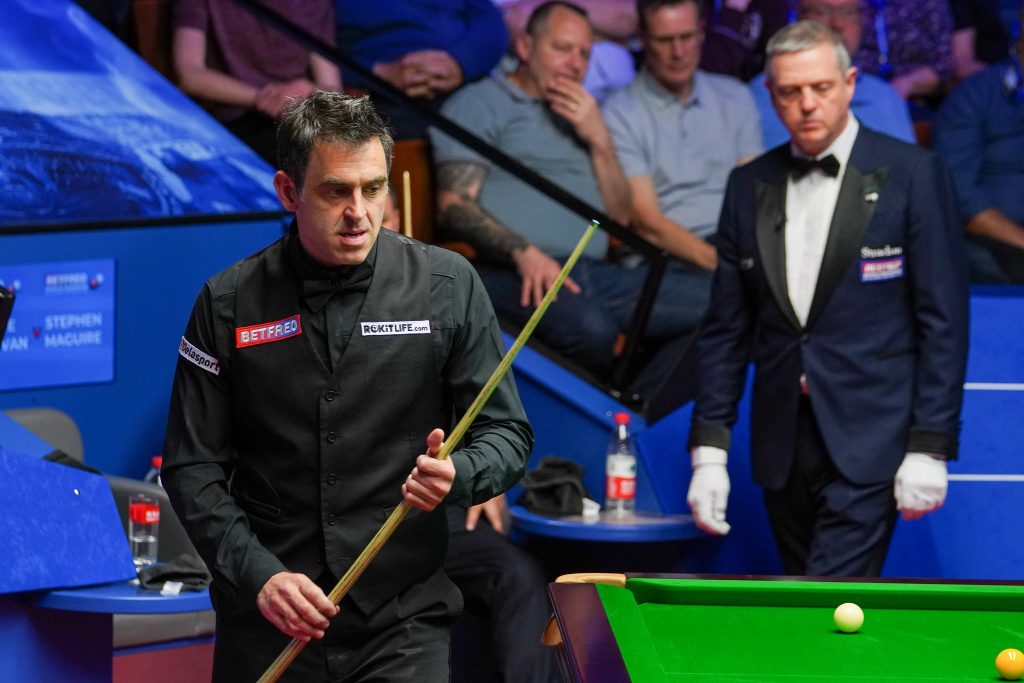 Ronnie O’Sullivan moved within two wins of a landmark seventh Crucible crown as he completed a 13-5 hammering of Stephen Maguire in the quarter-finals of the Betfred World Championship.

The world number one is yet to face a serious challenge in the tournament so far, having beaten David Gilbert 10-5, Mark Allen 13-4 and now Maguire by another one-sided scoreline. He is through to a record 13th semi-final in Sheffield – one ahead of Stephen Hendry’s tally of 12.

But the only record which will motivate O’Sullivan is seven world titles, a mark which Hendry has held since 1999. If 46-year-old O’Sullivan can reach the same total then his status as snooker’s greatest ever player will be beyond question. His next test will be a match with either Jack Lisowski or old adversary John Higgins over a possible 33 frames on Thursday, Friday and Saturday. O’Sullivan has played Higgins three times this season and lost all three. 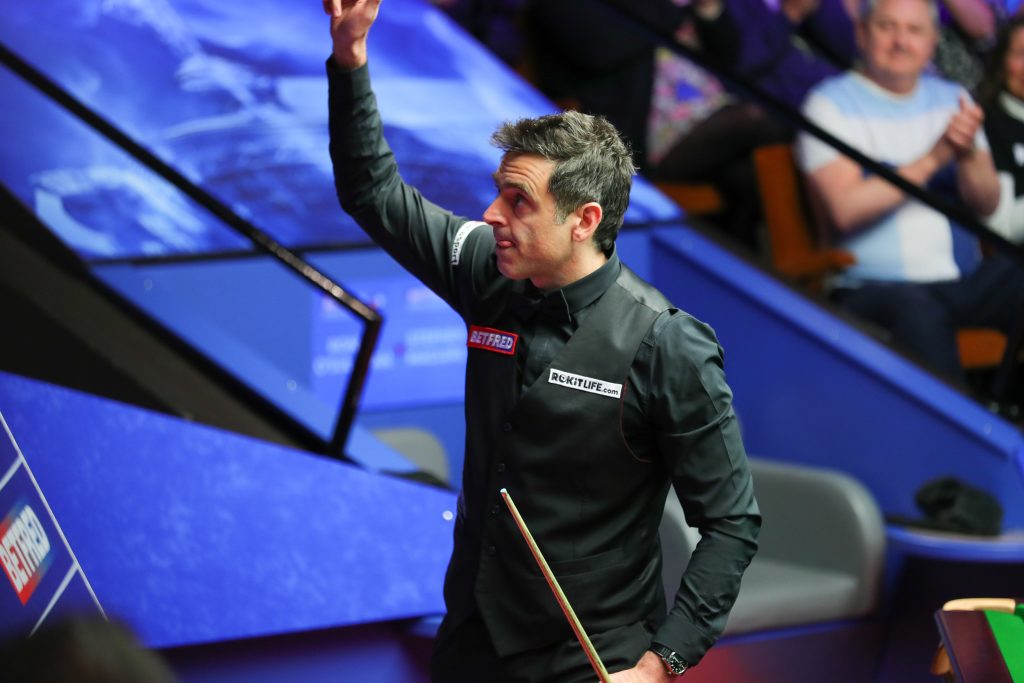 Chigwell’s O’Sullivan has now won 19 of his 23 meetings with Maguire, including all four at the Crucible. This contest was competitive up until 6-4, then O’Sullivan pulled away to take seven of the last eight frames. The Rocket has made seven centuries and 21 more breaks over 50 in the tournament so far.

Resuming this morning with an 11-5 lead, O’Sullivan needed just 19 minutes to wrap up the match, making breaks of 71 and 126.

“I just played the balls, played the table and tried to be as competitive as I could,” said O’Sullivan, whose only title so far this season came at the World Grand Prix in December. “It does not bother me how many frames I play, I just know I have got to keep going. I’m pleased to still be in the tournament down to the one table set up. I appreciate every moment I get to go out there and play.” 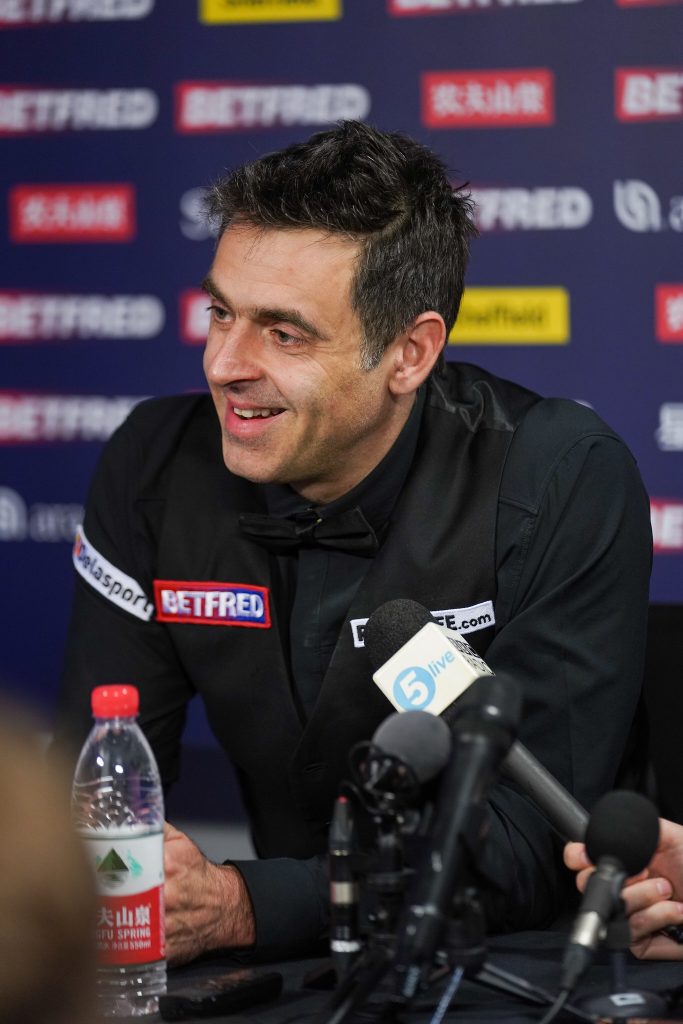 The ‘Class of 92’ of O’Sullivan, Higgins and Mark Williams continue to show astonishing longevity, with all three of them competing for this title, three decades after they first turned pro. O’Sullivan added: “There are a lot of fantastic young players, but the three of us have been doing it for so long, we are all turning 47 this year. Williams and Higgins – they have little subtleties in their game.

“It’s a bit like the Mexican boxers – we were brought up in a tough school. The British fighters are comfortable here, then you throw them into the Mexican or American market and they are not so good. We were brought up playing hard matchplay in lots of tournaments and we were dedicated to our sport. That stood us in good stead. The Mexican boxers are hardened people who can grind it out. We are the three Mexicanos!”

World number 40 Maguire, who had to win two qualifying matches just to make it to the Crucible, said: “Things will only get tougher in the next few matches for Ronnie, the rest of the boys in the tournament are all great players.

“I’ll be keeping an eye on it if John Higgins is still in it as I’ll want him to win it, if he’s out then I probably won’t watch. I’ll hopefully get off to a good start and hit next season running because this season has been a bit stop-start for me.’’