O’Sullivan Two Frames Away From Final 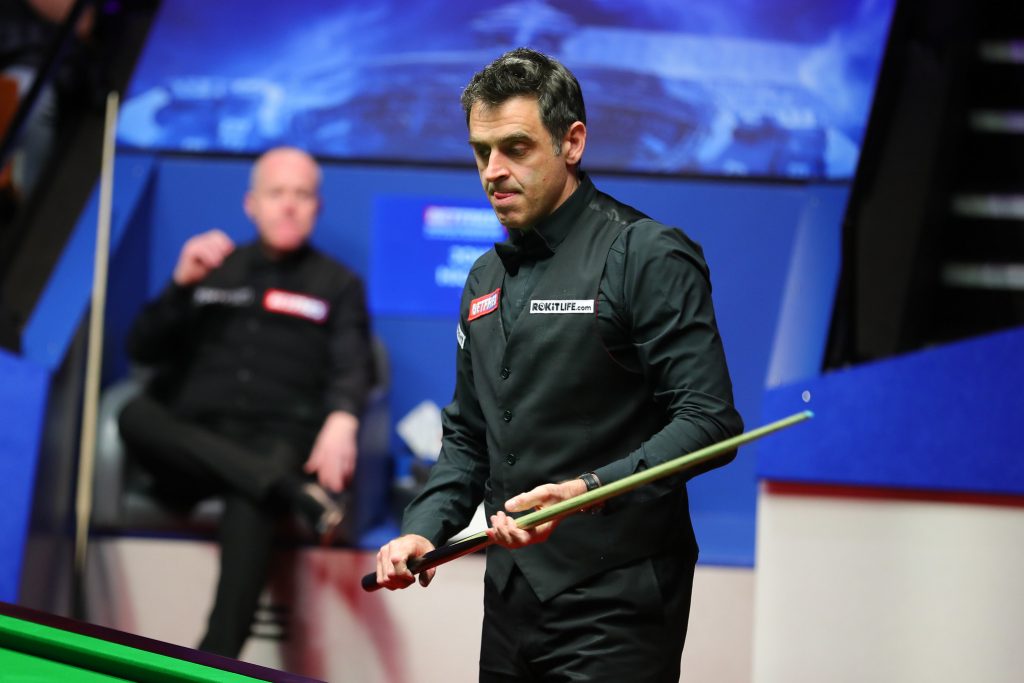 Ronnie O’Sullivan extended his lead over John Higgins to 15-9 going into the last session of their Betfred World Championship semi-final.

The duo return at 7pm on Saturday evening for the concluding chapter of this absorbing battle, but Higgins needs the fight back of a lifetime as he requires eight of the last nine frames.

If O’Sullivan can take the two he needs, he’ll be through to an eighth Crucible final, which would leave him just one short of Stephen Hendry’s record of nine. World number one O’Sullivan has won six of his seven finals – if he lifts the trophy on Monday night he will match Hendry’s coveted record of seven crowns, and also become the oldest ever World Champion at the age of 46.

Higgins had spells where he looked set to work his way back into the tie, but a handful of key errors at crucial moments, coupled with O’Sullivan’s magnificent break-building, allowed the Englishman to develop what looks like an unassailable advantage.

Four-time champion Higgins trailed 10-6 overnight and took a scrappy opening frame today to close the gap. He had first chance in frame 18 but failed to land on a red when he split the pack on 32 and had to play safe. After a tactical exchange, O’Sullivan made a fantastic 82 clearance to go 11-7 ahead.

The 19th came down to the last red and Higgins trapped his opponent in a tough snooker, and took the chance that followed to draw within three again. O’Sullivan responded with a break 101, then Higgins replied with a 103 for 12-9. The Scot had an early chance in frame 22 but missed a short-range red to a centre pocket, and was punished as O’Sullivan made a 121.

Higgins banged his cue on the floor in frustration when he missed a red early in frame 23. He later had a clear scoring opportunity but was unlucky to run out of position when he went into a cluster of reds, trailing 50-26. O’Sullivan again took advantage with a run of 54, and he finished the session in style with a 134 total clearance, his 12th century of the tournament.

Both Mark Selby and Anthony McGill have secured 4-0 victories this evening against John Astley and Sean O'Sullivan… https://t.co/PUW9BF5YJl
x