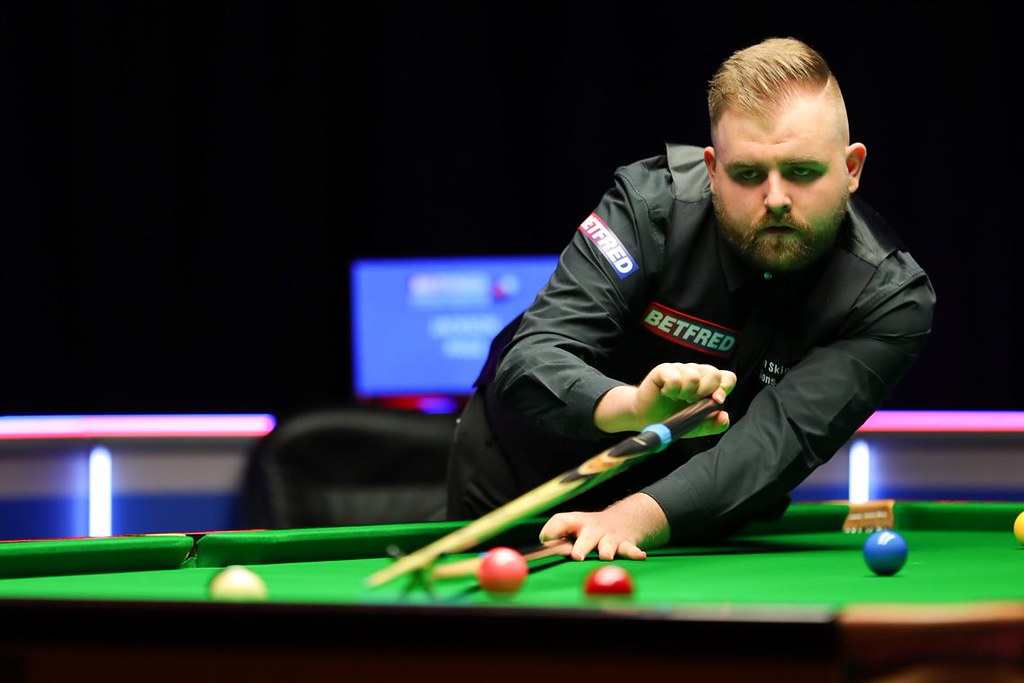 Welsh 20-year-old Jackson Page has set his sights on silverware after negotiating Q School in the summer and reaching the last 16 of the BetVictor Northern Ireland Open last week in Belfast.

Page beat Jack Lisowski, Noppon Saengkham and Lei Peifan in the recent Waterfront Hall event, before being denied a place in the quarters by a late night 4-3 defeat at the hands of Ricky Walden. His run in Belfast has provoked confidence that he can mount more serious title challenges going ahead this season.

World number 91 Page narrowly missed out on retaining his tour card at World Championship qualifying last season. He was beaten 6-5 in his first match against Poland’s Kacper Filipiak. However, he maintained his belief and went on to beat Michael Georgiou 4-1 in the final round of Q School event one and secure an immediate return to professional status. He’s hoping to draw positives from that experience.

We’ve caught up with Page to hear more about his ambitions, talk about the run in Belfast and find out how he came to have Mark Williams as a mentor…

Jackson, how much did you enjoy last week and how much confidence will reaching the last 16 give you going forward?

“I felt a lot more comfortable out there. Everything started to come together in those first couple of matches. I was more at home on the table, which is the key really. That is probably down to having spent a longer time on tour now. Coming through Q School and now being back to the first year of my card gives me more confidence to back it up. I can look forward now.

“I played really well to whitewash Jack Lisowski. I just felt at home on the table in front of a big crowd. Ronnie O’Sullivan was on the next table, so there were a lot of fans there. I was entirely comfortable in that environment. It was an amazing feeling. I definitely enjoy playing on a big stage. When there is a big crowd, it is great to hear the oohs and the aahs around the arena. I think every player would feel the same on that.”

You narrowly lost to Ricky Walden in the last 16. How disappointing was it to miss out on the quarters?

“Both of us just had a massive slug fest in that game. Neither of us played well. Ricky played two good frames in the end to get over the line. We didn’t start playing until 10pm, so the waiting to come on didn’t help. It was one of those games you have to try and grind through. I can definitely learn from the experience. If it happens again and I have a late night game, I’ll do things differently. I will sleep in between my matches and something like that, just make sure I have a lot of rest. It does drain you waiting for a game like that.”

How difficult was the time after falling off the tour last season in the build up to Q School?

“It wasn’t a great feeling leading up to Q School, but I was quietly confident. If you are one of those players coming off the tour and into Q School you will naturally be confident of coming through it. I lived on the practice table throughout those weeks in the lead up and worked very hard. It has paid off.

“I’d have preferred not to have been there. I wanted to win my game at Crucible qualifying and stay on. The way I got through Q School gave me a lot of confidence. To come through event one gave me a few weeks off to enjoy before the season starts with the pressure being off.”

Do you believe you could go on a deep run to the latter stages of an event this season?

“Definitely. You don’t just turn up to go on a run though, you go to every tournament and you want to win it. I know is harder to do it than to say it. If you don’t want to win then there is no point in showing up. Being realistic, I think I can do some damage this season. I believe that if I am playing well, at the top of my game and I get a few flicks then anything can happen. It is tough, you just have to take every game as it comes and hopefully be there at the end of it.” 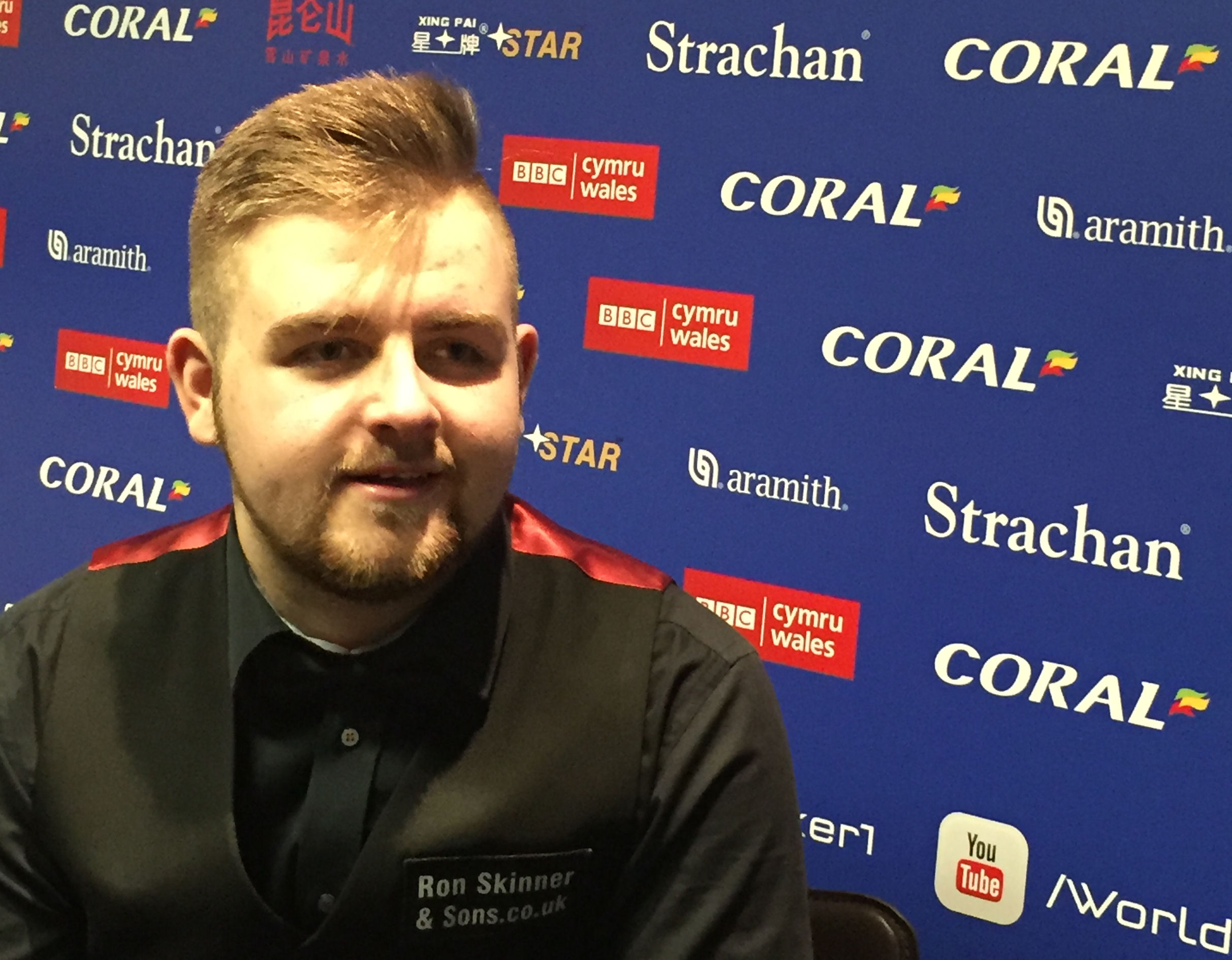 Page being interviewed at the 2017 Welsh Open

You burst onto the scene at the Welsh Open in 2017, reaching the last 32 at the age of just 15. What was that experience like?

“It feels such a long time ago. I thought it was brilliant. All the big players were there and at that age I could easily have been starstruck. I didn’t play great stuff, but scraped through a couple of matches. It was a brilliant feeling to be winning games on the professional tour. I got whitewashed by Judd Trump in the end. Him being who he is, I didn’t get many chances.

“The next year I was there again and played Stuart Bingham, that was only 4-2. I could have pushed him a bit further. It was a really good experience for me playing both of them. I enjoyed every minute of the matches. The TV table doesn’t really bother me. You just have to get used to the table itself. The conditions are very slippery compared to the back tables.”

How did you first meet Mark Williams and how important has he been in your development?

“I first joined the local leagues at the Mark Williams Snooker Club in Tredegar when I was 11. Simon Griffiths, who owns the club with Mark, took me under his wing a bit. I was about 13 when I first started playing with Mark. I can’t ask for any more than what they have done for me. I am very grateful. I’ve learned so much from him. I never used to hit the ball softly when I was younger. He obviously has a completely different style to break building, with little cannons and things. I’ve worked that into my game now too. You have to soak in everything you can from him.

“I remember losing games by huge scores when I first started playing with him, I would lose 18-1, 19-1 and even by 22 frames. He is relentless. I still get games like that now and again. Against him it can happen. He doesn’t let you forget it either. Any heavy defeat and it is straight on Twitter! I get the occasional win now though, which is nice.”