Playing On A Tough Call – Selby 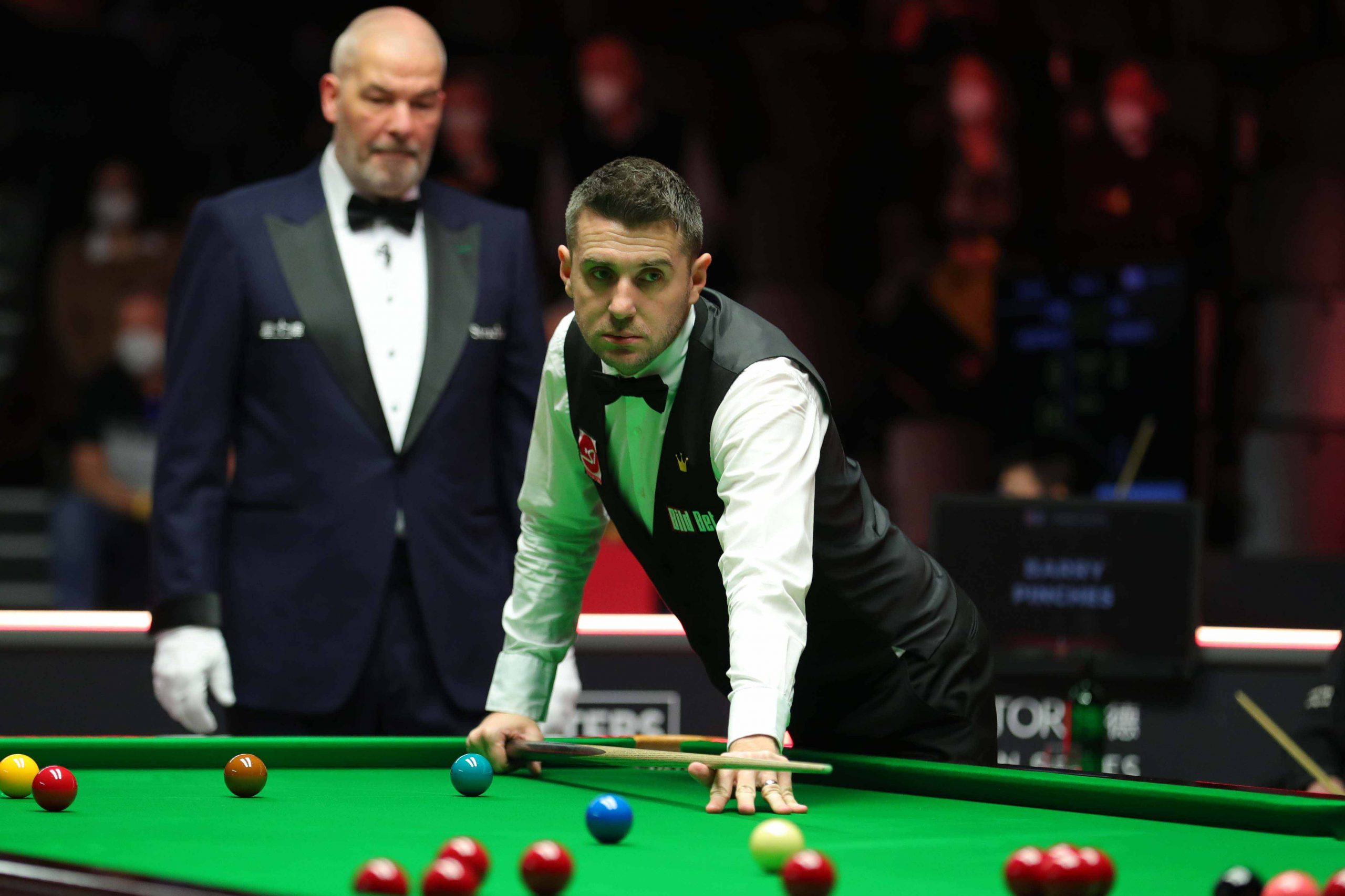 World Champion Mark Selby eased through to the last 16 of the BildBet German Masters with a 5-0 win over Barry Pinches, but afterwards he admitted it was a tough decision to keep playing amid mental health difficulties away from the table.

Following the Masters earlier this month, Selby bravely revealed on his Twitter page that he is going through a difficult time with his mental health. However, after seeking help from a specialist, he has decided to keep competing for the time being.

The world number one wasn’t troubled during a routine victory this morning. He composed breaks of 50, 61, 75 and 77 on his way to completing the rout. Next up Selby faces a last 16 clash with Yan Bingtao, who defeated David Gilbert 5-3.

In his post-match press conference Selby spoke very openly about the deliberations he had before entering the recent BetVictor Shoot Out and making the trip over to Berlin.

“Hopefully I can get myself better and by speaking out I can help a lot of other people. There are a lot of people out there that you don’t know are suffering,” said 38-year-old Selby.

“I’ve been speaking to a specialist since just after the Masters. I have had two sessions already and I’ve got another later on today on Zoom. He was asking me all sorts of questions and I said that ideally I’d like to try and carry on playing with the help. I said if I feel like it gets too much I’ll step back and have a break to sort myself out.

“If it wasn’t for speaking to the doctor before the Shoot Out I probably wouldn’t have played in that and possibly even this. He said to take it one step at a time and see how I go. I still love the game, but it is such a tough sport you need to be mentally in the right place. It is hard enough as it is without also being mentally not in the right place. It is just one day at a time.

“Don’t get me wrong it probably isn’t the snooker that is the reason why I am in this position. I can accept winning and losing. It is probably my past experiences and my upbringing. Even though I grieved after my father, I bottled a lot of it up and felt I couldn’t talk about it without getting emotional and thinking of it as a negative, rather than remembering him in a positive way. That is something we are trying to work on.

“There are a lot of highs and lows in snooker and that can trigger emotions. I need to put snooker second, concentrate on myself and try to enjoy it. For years I’ve been going out there and bottling it up and only really Vikki and my close family knew what was happening. It is good that I can now go out there and say that I’m not feeling great. Before I would say I was fine, when I wasn’t. I’m not hiding behind the mask anymore and I’m being myself.”

Allen is currently in a strong position in this season’s BetVictor European Series, which will see the player who tops the money list over the eight counting tournaments scooping up a bumper £150,000 bonus.

The Antrim cueman is in third place as things stand having landed the title at his home event, the BetVictor Northern Ireland Open. Three tournaments remain after this week, with the BetVictor European Masters, BetVictor Welsh Open and BetVictor Gibraltar Open to come.

The Pistol fired in two century contributions of 107 and 106 en route to victory this morning. He faces close friend Shaun Murphy up next.

Murphy came through a nerve-shredding encounter with Kurt Maflin 5-4 to seal his progression.

The Magician conjured breaks of 74 and 124 on his way to establishing a 4-2 advantage. However, Maflin provided stern resistance with a fine break of 122 to make it 4-3.

The Norwegian then won a back and forth eighth frame, in which both players spurned clear cut chances, to force a decider. It was 2005 World Champion Murphy who landed the decisive blow, crafting a match winning contribution of 67.

The Ace in the Pack has won the title for the last two years in this event. He picked up the trophy here at the Tempodrom in 2020 when he defeated Neil Robertson in the final and beat Jack Lisowski behind closed doors in Milton Keynes 12 months ago.

Trump fired in breaks of 130, 70, 55 and 50 on his way to this evening’s straightforward win. It sets up a mouth watering last eight tie against UK Champion Zhao Xintong, who beat Tom Ford 5-1.