Ronnie O’Sullivan’s World Championship victory earlier this month was a milestone in his career as it equalled the record of seven Crucible crowns, set by Stephen Hendry. Here’s a reminder of the Rocket’s magnificent seven victorious campaigns, ranked by how many frames he conceded in his five matches: 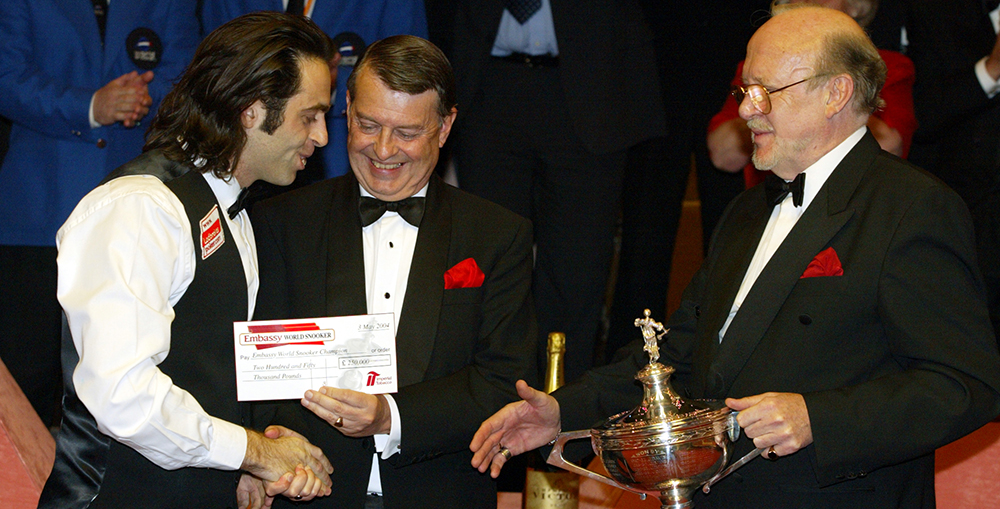 Fangs for the memories: O’Sullivan wore comedy teeth during the trophy presentation

Sporting long hair and the strength of Samson, it would have taken more than Mark Williams and his ‘Delilah’ walk-on music to drain O’Sullivan of his power during this magnificent display at the Crucible. He was only in danger during one match – against Andy Hicks in the second round when he came from 10-9 down to win 13-11. After that, O’Sullivan lost just 15 frames in his last three matches, and his 17-4 annihilation of Hendry remains a record semi-final margin. 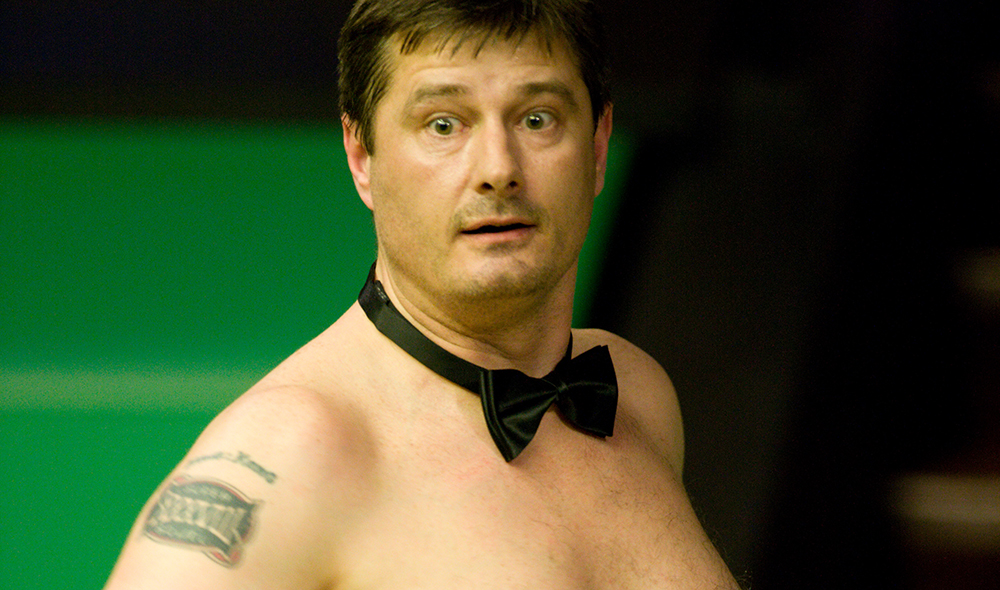 At least he wore a proper bow tie…

This was the only year in which O’Sullivan made a 147 and went on to win the title, and it was also perhaps his most comfortable stroll to glory. No opponent scored more than eight frames, and his only worrying moments came when he fell 3-0 behind against Hendry, before taking 17 of the next 20 for another semi-final rout. Serial streaker Mark Roberts interrupted play during the final’s concluding session, but the naked truth was that nothing could stop O’Sullivan’s march to his third world crown.

This year’s draw was arguably the toughest O’Sullivan has had to come through in Sheffield, but he completed the test for the loss of just 38 frames. He had early 3-0 deficits against both David Gilbert and John Higgins but on both occasions recovered quickly to 3-3, and otherwise always seemed in serene control of every match. On his 30th consecutive appearance at the Theatre of Dreams, O’Sullivan made 15 centuries, a personal best.

“It could be a car crash, it could be good – you just don’t know,” said O’Sullivan on the eve of the 2013 Championship, having spent most of the previous year away from snooker, and part of it mucking out pig sties on a farm in Essex. But from the first frame of his match against Marcus Campbell, when he made a break of 82, O’Sullivan was back in the flow of what he does best. In the entire tournament he trailed only once, 3-2 down against Barry Hawkins in the final, and eventually made six centuries in that match to win in style.

Tipped for greatness long before he turned professional in 1992, it took a further nine years for O’Sullivan to land his first world crown and relieve, at least temporarily, the weight of expectation which has burdened him throughout his career. A relatively smooth passage to the final preceded a hard-fought battle against Higgins, in which O’Sullivan took an early 6-2 lead but could never relax until he crossed the winning post. He has never lost more frames in a Crucible final in which he has finished on top.

O’Sullivan has cited the 2012 Championship as his best ever performance, though he lost 41 frames over the fortnight. His toughest match was a fierce quarter-final battle against an in-form Neil Robertson, who had won the Masters earlier that year. From 5-3 down, O’Sullivan won six frames in a row, and carried that momentum through the last few days of the event. Just a few months earlier, O’Sullivan had almost dropped out of the top 16 and seemed to be in decline. “A few people doubted me but I’ll let them know when I’m ready,” he said after beating Ali Carter in the final. “I certainly haven’t gone yet.” And a decade later, he is back on top of the world rankings and in possession of the famous trophy. 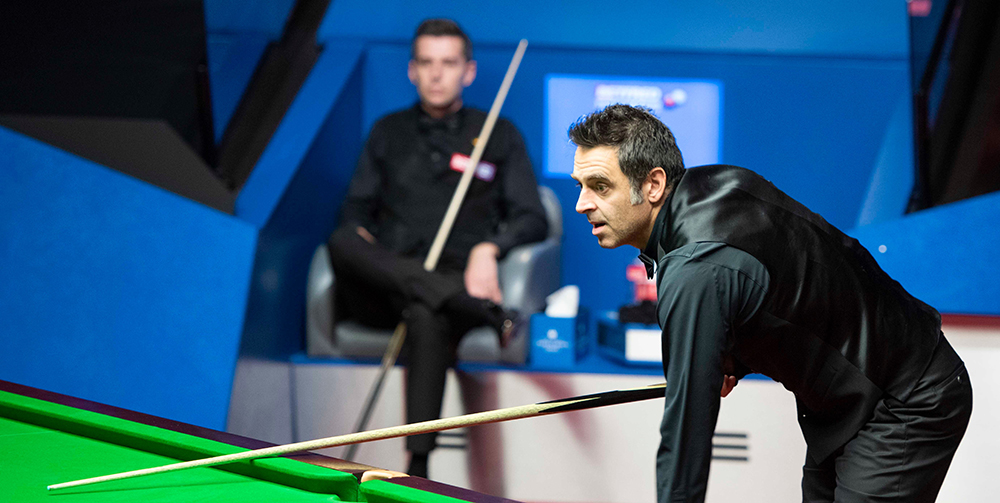 Delayed until August due to the Covid pandemic and staged, for the most part, in an empty arena, the 2020 Championship was unique. O’Sullivan admitted from the outset that he felt under less pressure with fans absent, and his first round victory was complete in just 108 minutes, a Crucible record. His next three matches were severe tests, particularly his semi-final with Mark Selby when he came from 16-14 down to win the last three frames.  That’s the only time that O’Sullivan has been taken to a deciding frame in any of his seven Sheffield triumphs.