The top 16 seeding list for the 2020 Betfred World Championship is now confirmed, with Stephen Maguire leaping from 14th to ninth following his victory at the Coral Tour Championship.

Maguire beat Mark Allen 10-6 in the final in Milton Keynes and the £150,000 top prize sees him jump five places up the official two-year ranking list. This list will be used to determine the seedings for the Crucible, with the Betfred World Championship to  run from July 31 to August 16.

The draw will be as follows:

Maguire’s triumph also gives him the Coral Cup and the £100,000 bonus, as the player to win the most money across the three events of the Coral Series. A late replacement for Ding Junhui, he came into the last tournament needing to win the title to capture the bonus, and he did just that. He finished the series with £180,000, ahead of Judd Trump who earned £172,500. 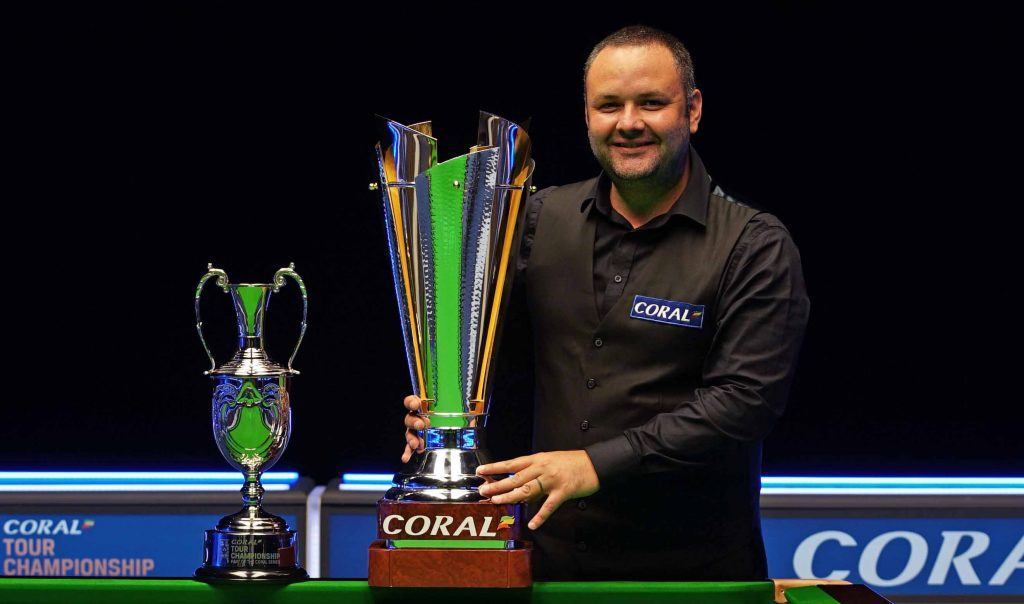 Glasgow’s Maguire topped it off by taking the high break prize of £10,000, giving him a total pay day of £260,000, the biggest of his career. He is up from ninth to fourth on the one-year ranking list .

World number one Trump reached the semi-finals in Milton Keynes and now has a gap of £726,000 over second-placed Neil Robertson on the official two-year list. Allen banks £60,000 as runner-up and he is up one place to fourth.

Maguire also earns a place at the Champion of Champions event in November.