Rankings Update: O’Sullivan Up To Third 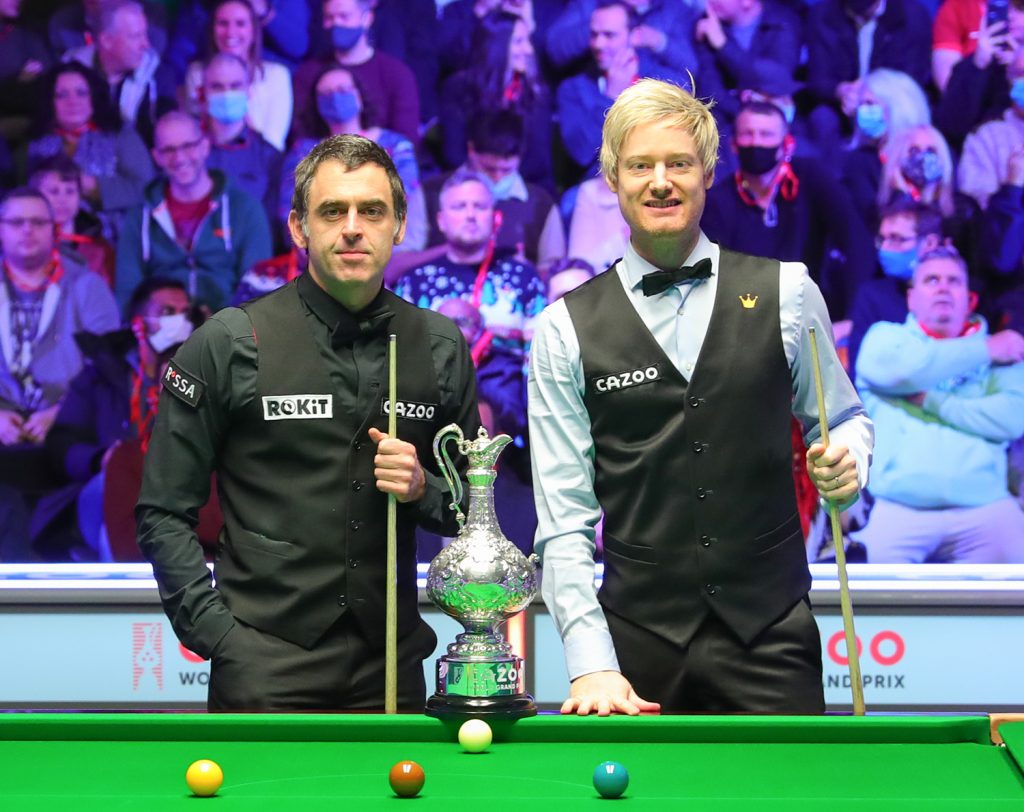 Ronnie O’Sullivan is up to third place on the one-year ranking list following his victory at the Cazoo World Grand Prix on Sunday.

O’Sullivan beat Neil Robertson 10-8 in the final in Coventry to capture the £100,000 top prize and climb from seventh place to third, behind only Zhao Xintong and Luca Brecel. The Rocket now looks well placed to qualify for the two remaining events in the Cazoo Series.

Robertson banks £40,000 as runner-up and jumps from eighth to sixth. Stuart Bingham reached the semi-finals and he’s up from 22nd to 18th. Mark Selby was the other losing semi-finalist and he jumps from 21st to 17th.

There are only two counting events to go until the field is confirmed for the second event in the series, the Cazoo Players Championship, as only the top 16 on the one-year list will make it to Wolverhampton (February 7-13).