Rankings Update: The Race To Coventry

This week’s BetVictor Scottish Open is the final event in the race to qualify for the Cazoo World Grand Prix. Only the top 32 on the one-year ranking list at the end of the final next Sunday will progress to Coventry for the first event in the 2021/22 Cazoo Series. 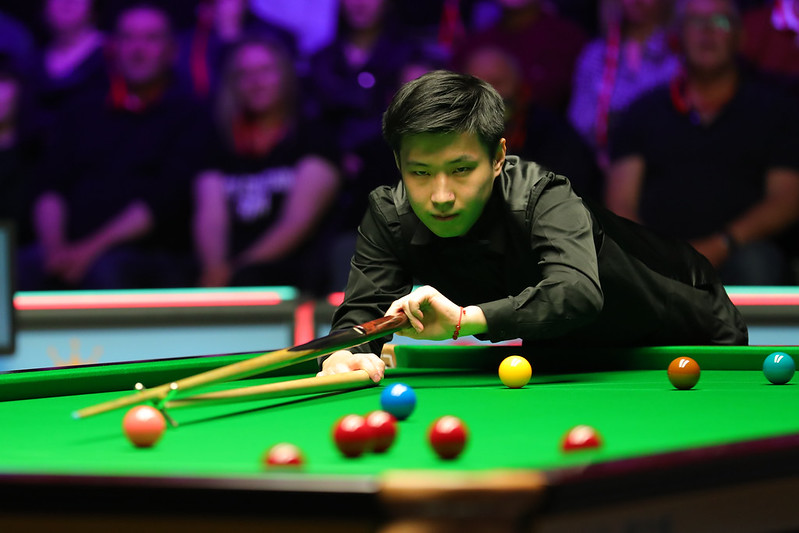 Zhao Xintong has taken top spot in the list by winning the Cazoo UK Championship. China’s Zhao beat Luca Brecel 10-5 in the final in York on Sunday night to land the £200,000 top prize. He had previously earned just £6,000 this season but now leaps from 86th to the top of the list and looks certain to qualify for all three events in the Cazoo Series.

Brecel banks £80,000 as runner-up and he is up from  18th to fourth. Semi-finalist Kyren Wilson is up from 15th to eighth while Barry Hawkins lost the other semi-final and he moves from 40th to 12th. Andy Hicks reached the quarter-finals of the UK Championship for the first time since 1995 and the £24,500 reward boosts him up from 79th to 19th.

Jordan Brown is on the bubble in 32nd place with £24,000. Of the players who have qualified for Llanduno, Xiao Guodong, Oliver Lines, Robbie Williams, Wu Yize and Martin Gould are the closest to gaining a top 32 place.

Shaun Murphy currently lies 37th and must win his opening match against Ng On Yee on Monday, as well as his second round tie,  to have a chance of making it to Coventry. Mark Selby was also under threat, lying 30th, but boosted his hopes with a first round win over Sean Maddocks on Monday.

The one year list will also be used to determine the line up for the 16-man Cazoo Players Championship (February 7-13, Wolverhampton) and the eight-man Cazoo Tour Championship (March 28 to April 3, Llandudno).

The Race to the Cazoo Masters concluded at the Cazoo UK Championship so the line-up of 16 players for Alexandra Palace next month is complete, with Zhao jumping into the top 16 thanks to his victory. The draw and format have been announced – click here for details. Tickets for snooker’s biggest invitation event are still available but must be booked fast now that the schedule has been confirmed – for details click here.