The battle of the speed kings in the first round of the Betfred World Championship looks to be going the way of Ronnie O’Sullivan as he took an 8-1 lead over Thepchaiya Un-Nooh in their first session.

So far the contest has clocked just 82 minutes and could set a new record for the fastest match at the Crucible. That record was set last year when Shaun Murphy beat Luo Honghao 10-0 in a tie which lasted 149 minutes. 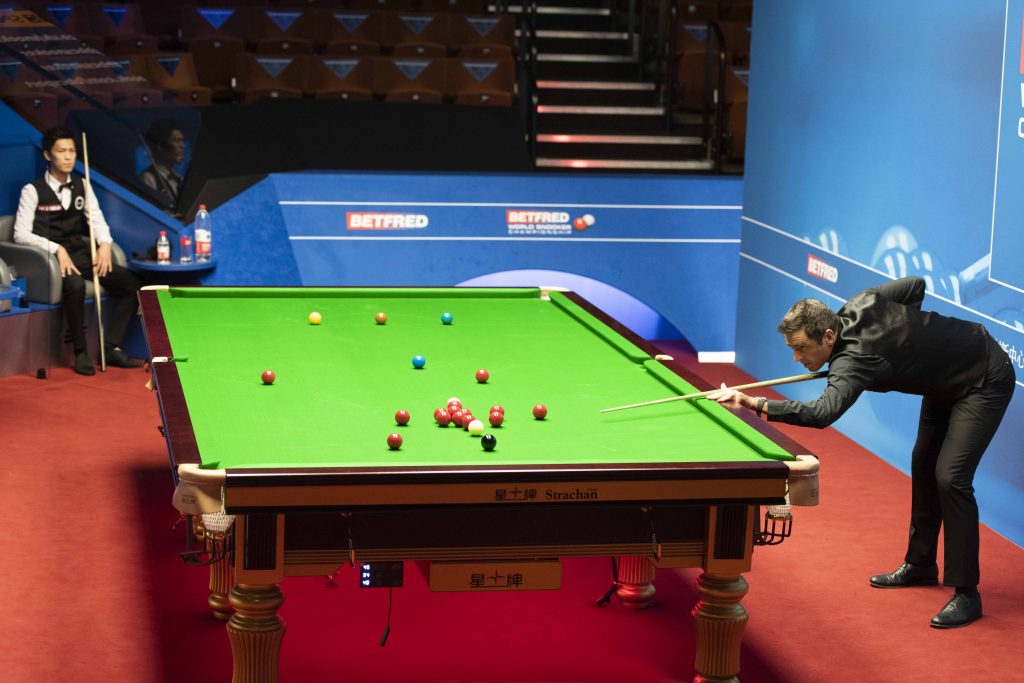 O’Sullivan averaged just 13.4 seconds a shot today and fired two centuries and five more breaks over 60. He needs just two more frames when they return at 10am on Monday to book a last 16 clash with Ding Junhui.

It’s a far cry from his performance in his first round performance at the Crucible last year, when he lost 10-8 against amateur James Cahill.

World number six O’Sullivan rattled through the first six frames with breaks of 101, 85, 115, 74, 88 and 76. Thailand’s Un-Nooh was relieved to get a frame on the board as he took the seventh with a run of 69. But Chigwell’s O’Sullivan hit back to win frame eight with 40 and 41 then added the last of the session with a 65.