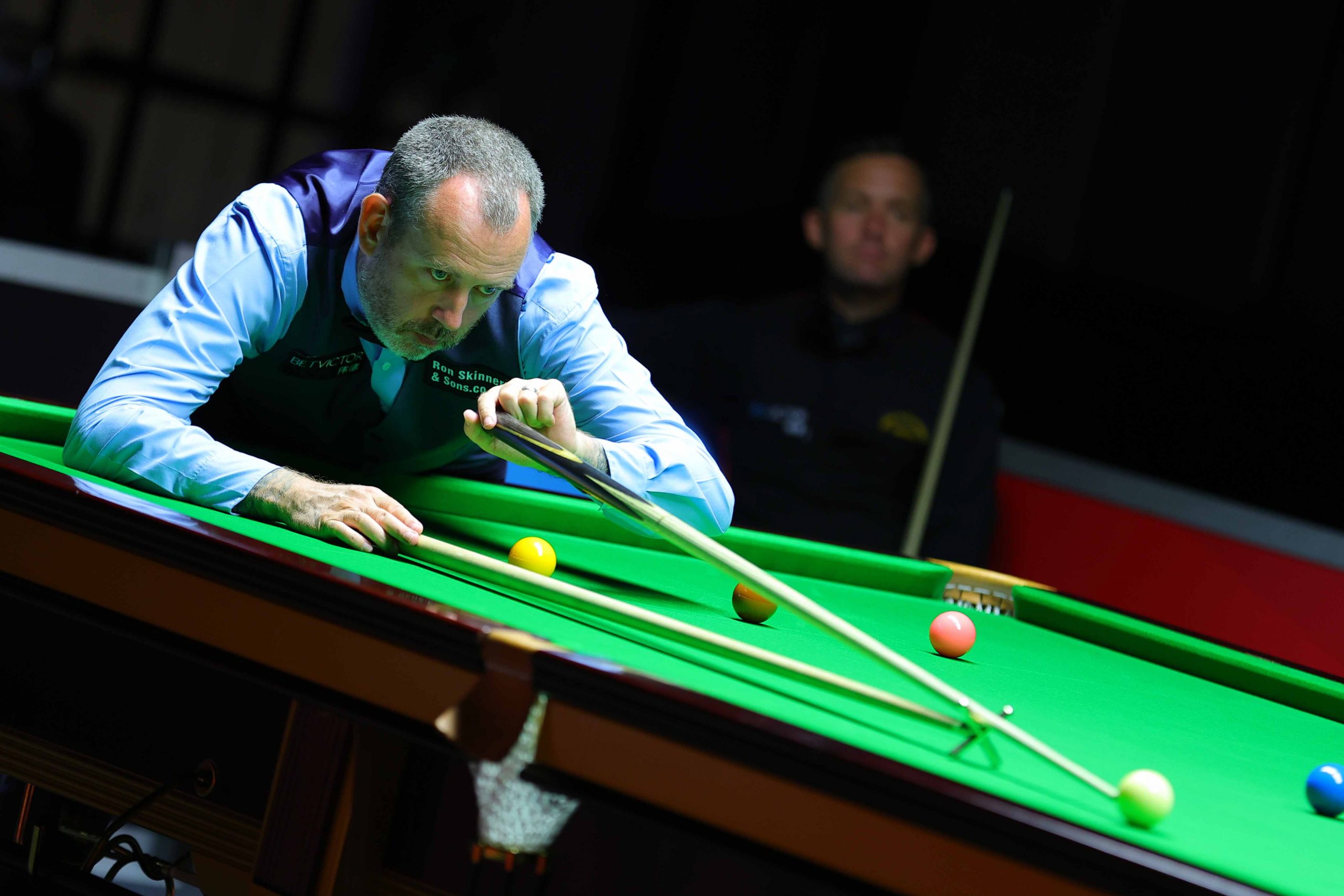 Mark Williams dispatched two opponents in quick-fire fashion on day four of the BetVictor European Masters in Fürth, clinching his place in the semi-finals with a 5-1 demolition of fellow Welshman Jamie Jones.

Earlier in the day he had required just one hour and 14 minutes to whitewash China’s Zhou Yuelong 5-0. His defeat of Jones took fractionally longer, lasting one hour and 15 minutes.

Williams had already made an encouraging start to the current campaign, having previously reached the second phase of the recent BetVictor Championship League. The three-time World Champion won his 24th ranking title last season at the British Open and was narrowly denied a place in the Crucible final, when he was pipped 17-16 by Judd Trump in the semi-finals.

World number seven Williams produced an inspired display this evening to sweep aside Jones. He fired in breaks of 103, 123, 61, 61 and 50 to secure the 5-1 rout. He faces Barry Hawkins in the last four tomorrow evening.

“I played quite well there and in the game earlier on. I made a few centuries, a few single visit frames and I can’t ask for much more than that,” said 47-year-old Williams.

“This is the third time my cue has been out of the case since last season. I’ve played more pool than snooker. I’m going to play a lot more pool. I’ve applied for a wildcard to get on the Ultimate Pool Tour and if I can, I will play in a few of those events.”

It is a third consecutive victory for Hawkins against Trump, having also defeated him at the 2021 Tour Championship and the 2022 Masters.

The pair shared the opening four frames this evening to head into the mid-session interval all-square at 2-2. When play resumed Trump took the fifth to hit the front at 3-2. However, from there Hawkins produced a superb blitz for the line. Breaks of 129, 110 and 92 saw him take three on the bounce and storm to victory.

Hawkins said: “Any time you beat Judd it is a good occasion and good for the confidence. He is a great player. I thought I’d missed an opportunity coming out 2-2 at the interval, as I could see he was struggling. I’m really pleased how I bounced back from 3-2 down. I felt good in the end.

“It was a brilliant atmosphere. Whenever we come out to Germany they come out in their droves to support the snooker. It is a fantastic atmosphere to play in and it gets you up for the match.”

2️⃣-1️⃣ Selby-Kenna regain the lead! 🟢 Who will claim the final frame of the day? #BVMIXEDDOUBLES | @BetVictor