World number 83 Ashley Carty beat Neil Robertson and got the better of a late-night thriller against Ken Doherty to win Group 16 of the Matchroom.Live Championship League.

Doherty and Carty faced each other in the crucial last match of the day – with world number two Robertson out of the running have won just one of his three fixtures. 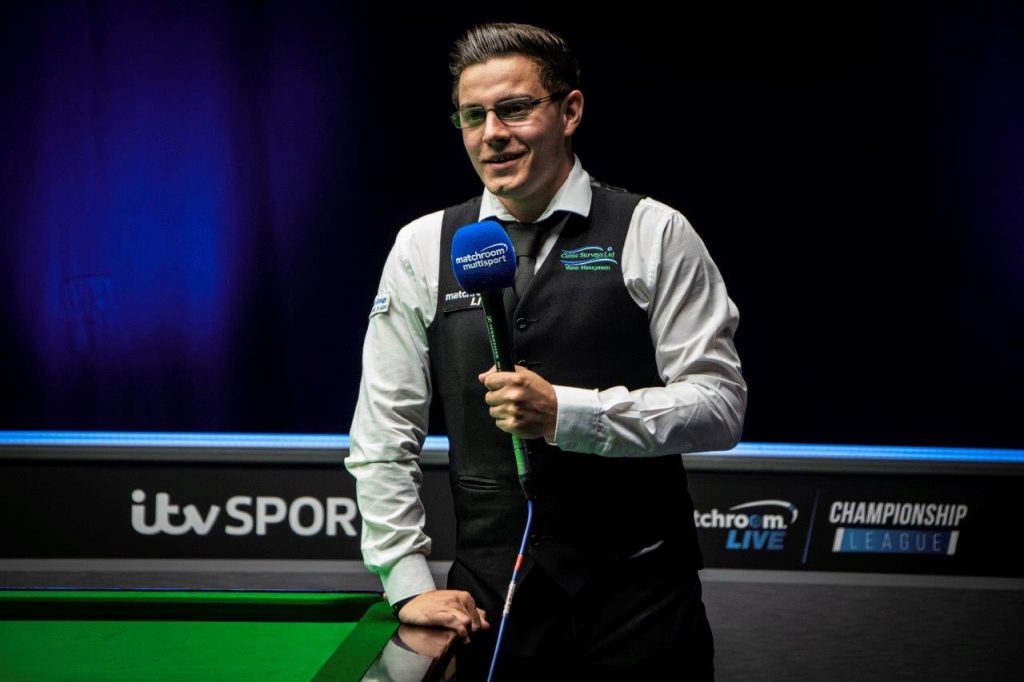 And Rotherham’s Carty triumphed 3-1 to book a place in the Group Winners’ stage, where he will face Gary Wilson, Luca Brecel and Mark Joyce on Wednesday.

Carty earlier beat Robertson 3-1 and drew 2-2 with Kurt Maflin, to go into the deciding tie level on four points apiece with veteran Doherty. The first two frames went Carty’s way, then 50-year-old Doherty took the third with a run of 90 – eclipsing Carty’s top break of the day which meant that the fourth and last frame would determine who topped the group.

Former English under-21 champion Carty made 52 before missing the yellow, and Doherty replied with 22 then played safe on the last red. A cracking long pot on the red from Carty gave him the chance to go 28 points ahead on the green. Irishman Doherty battled bravely for snookers as the clock ticked to 12.15am, but when Carty converted a long double on the brown the day’s play was over.

“I came here for a bit of practice leading up to the World Championship qualifiers and never really expected to win the group. But I have proved I can hold my own against the top players.”

On the other table, Barry Hawkins topped Group Seven by beating Hammad Miah 3-0 and Craig Steadman 3-0 then drawing 2-2 with Anthony McGill. He now faces Judd Trump, David Gilbert and Ryan Day in a difficult second-phase group.

World number 15 Hawkins, whose top break on the day was 96, said: “I didn’t know what to expect, after such a long break. I have only been practising for a week so I was pleased to play ok today and get through. It’s nice to get back into a routine.”

The first group stage concludes on Monday from 3pm, with Mark Allen and Ali Carter among the players in action.