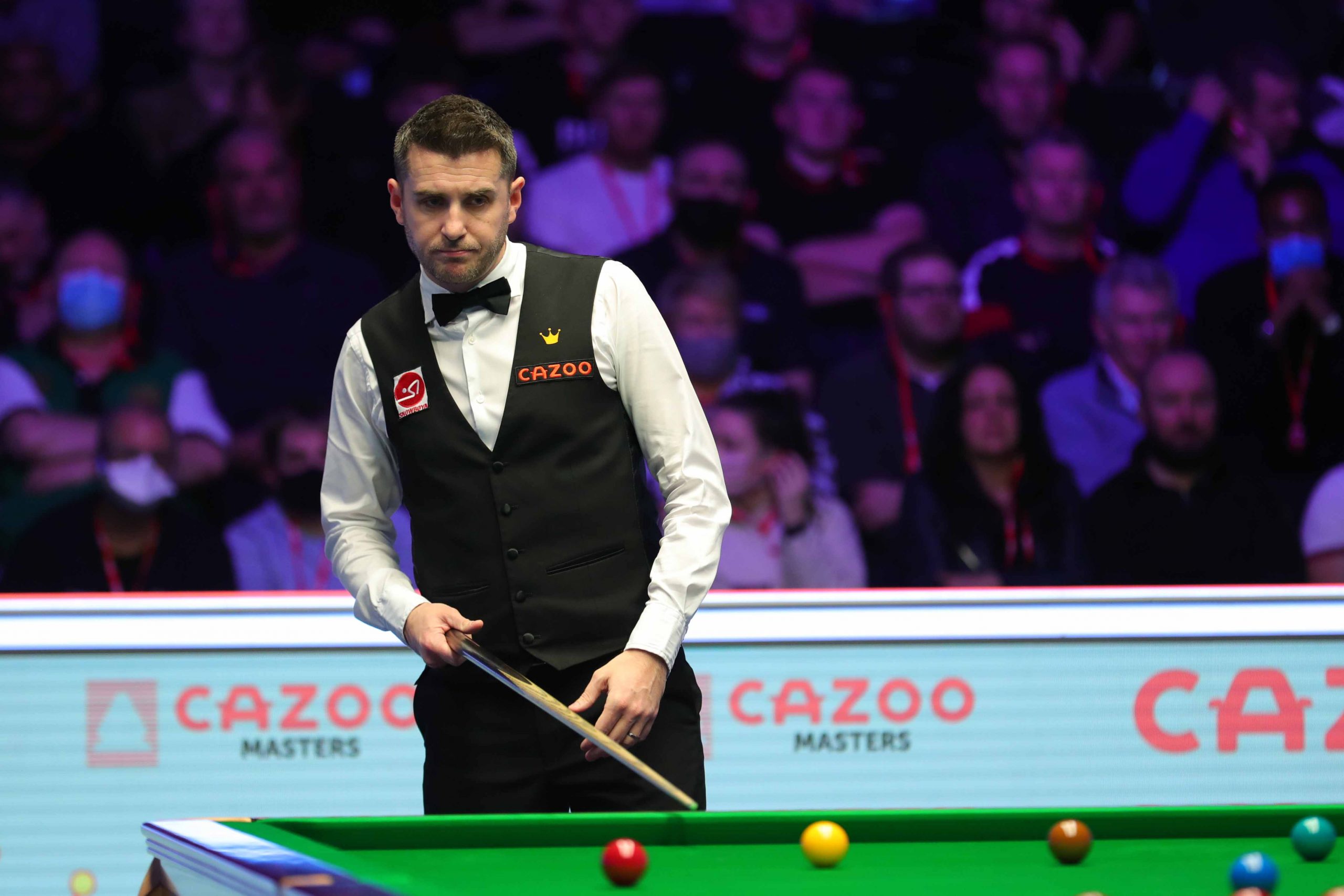 World number two Mark Selby is eagerly anticipating his return to the Cazoo Masters at Alexandra Palace on Sunday, after coming through a tough 12 months on and off the baize.

The three-time Masters champion exited last year’s event in difficult circumstances. Following his second round defeat to Barry Hawkins, he bravely revealed that he had been struggling with depression.

Since then Selby sought help and is in a much better place with his mental health ahead of the 2023 Masters, where he faces Hossein Vafaei tomorrow evening.

Selby is relishing arriving at Alexandra Palace in a better mental state. However, he is wary of the significant challenge which Iranian debutant Vafaei poses, having lost their previous two meetings at the 2021 and 2022 UK Championship.

Selby said: “I can’t wait. It was a great atmosphere last year, but I didn’t really enjoy it for obvious reasons. Mentally I feel I am in a far better place at the moment. What will be will be. I will go there and try my hardest to win. Last year I was in one of the worst places I could be, at one of the best tournaments to play in. I am really going to soak it in this year and try to enjoy the experience.

“Hossein is a really nice guy and a great player. Whenever we’ve played each other he has performed very well, especially those two games at the UK Championship. I’m expecting another tough match. I hope that I can go out there and enjoy the occasion and it can bring the best out in me.” 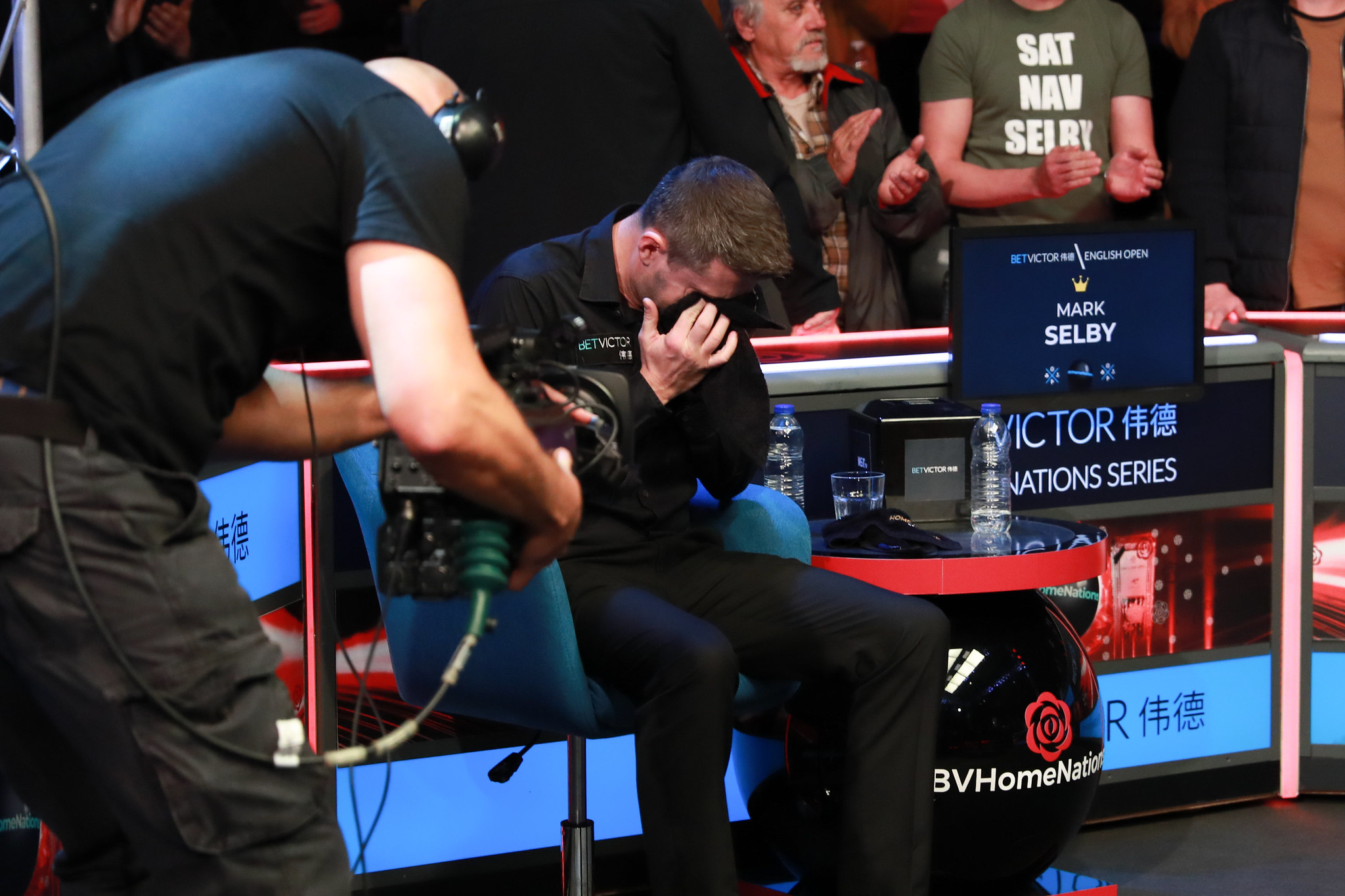 Selby’s victory at the English Open was an emotional one.

Selby is in good form ahead of tomorrow’s match, having scored a momentous victory at the English Open before Christmas. It was the Leicester cueman’s first ranking title in 19 months and the 21st of his career.

However, the title drought had looked destined continue, when Selby was left on the verge of defeat against 2005 World Champion Shaun Murphy in the last 16. Murphy missed a regulation black off the spot to put him out at 3-2. Selby ruthlessly took advantage and came through with a 4-3 win. Dodging that bullet gave Selby added impetus to make the most of his reprieve.

After beating Ali Carter in the quarters, he then faced Neil Robertson in the semis. He emerged a 6-4 victor to end a seven-game losing streak at the hands of Robertson. Selby then took on Luca Brecel in the title match, where neither player quite hit their best form. However, typically it was Selby who found a way to win and emerged a 9-6 victor. It was an emotional triumph, given the 12 months which had preceded it.

“You feel like you have a free shot after moments like Shaun missing that black in the last 16. There is nothing to lose. When players start missing balls against you, sometimes you can feel like your name is on the trophy. You still have to go on and pot the balls, but it was just my week. Maybe it was destined to be after that moment.

“It was an amazing feeling. The final was tough, especially after not playing in one for so long. To get there was great, but once you are in it you want to win and you certainly don’t want to be on the losing side. I felt like I put a lot into the match that day, I wanted to win really badly. As long as I got to nine first, that was all that mattered. After the game had finished it was quite emotional. Everything came flooding back from where I was with my mental health a few months ago, to where I am now. I’ve taken some good steps and I hope that I can carry on going in the right direction.”