Judd Trump made an excellent break of 88 in the deciding frame to beat Xiao Guodong 6-5 in a fierce four hour battle at the Cazoo UK Championship.

Tickets are still available for Wednesday and Thursday in York – for details click here. 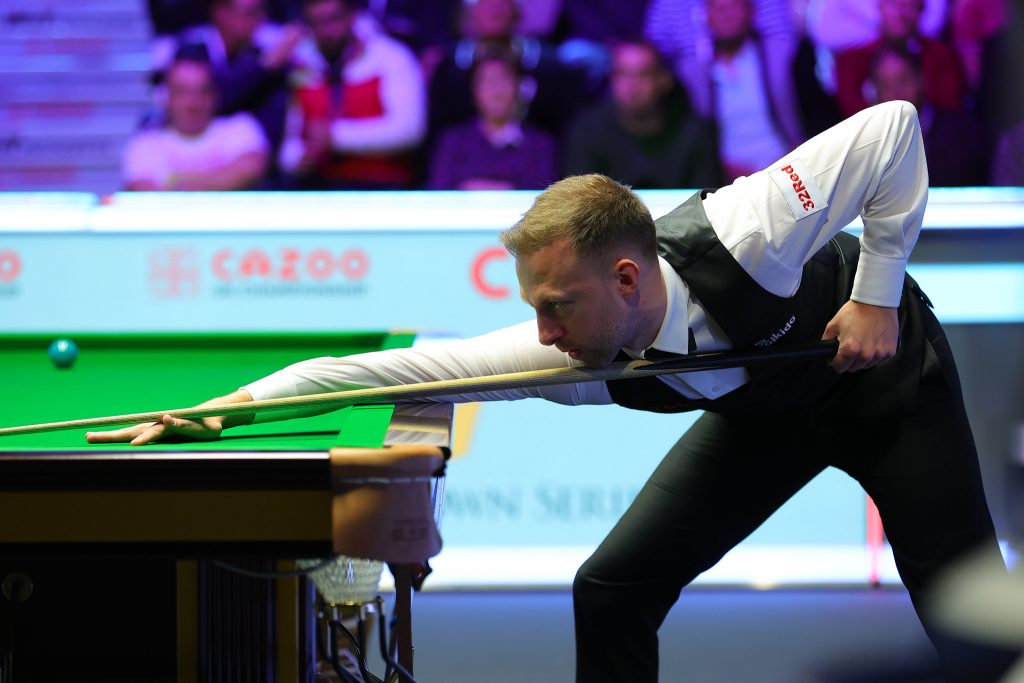 Trump was far from his best in York and made several unforced errors, but at the crucial moment he took his chance to book a last 16 meeting with Shaun Murphy or David Gilbert. The world number three’s record in this event is inconsistent – he won it in 2011 and was runner-up in 2014 and 2020, but otherwise has never got past the last 16. This time the 33-year-old will hope to book a quarter-final spot when he returns to the baize on Thursday.

The past eight months has been a barren spell for Trump as his last title came at the Turkish Masters in March, though he was runner-up to Ronnie O’Sullivan at the recent Cazoo Champion of Champions and made a 147 in the final.

Xiao took the opening frame today thanks to a fluke on the final brown. Trump responded with a 97 then Xiao regained the lead with a break of 118. In frame four, Trump laid a clever snooker on the last red, and from the chance that followed he made it 2-2. The fifth again came down to safety tussle on the brown, Xiao winning it to edge ahead for the third time.

Trump’s run of 66 helped him level at 3-3 and he added the seventh to go ahead for the first time. The Bristol cueman had a clear chance to go 5-3 ahead, but ran out of position on the colours then missed a difficult brown. Xiao thumped in the brown from distance and cleared for 4-4. Trump made a break of 60 as he went 5-4 ahead and he had a match-winning chance in frame ten but missed the pink with the rest to a top corner at 24-2. Xiao punished him with 60 for 5-5.

Early in the decider, Xiao’s attempt at a risky plant when wrong and he left a red over a top corner. He spent the rest of the match in his chair as Trump rose to the occasion. 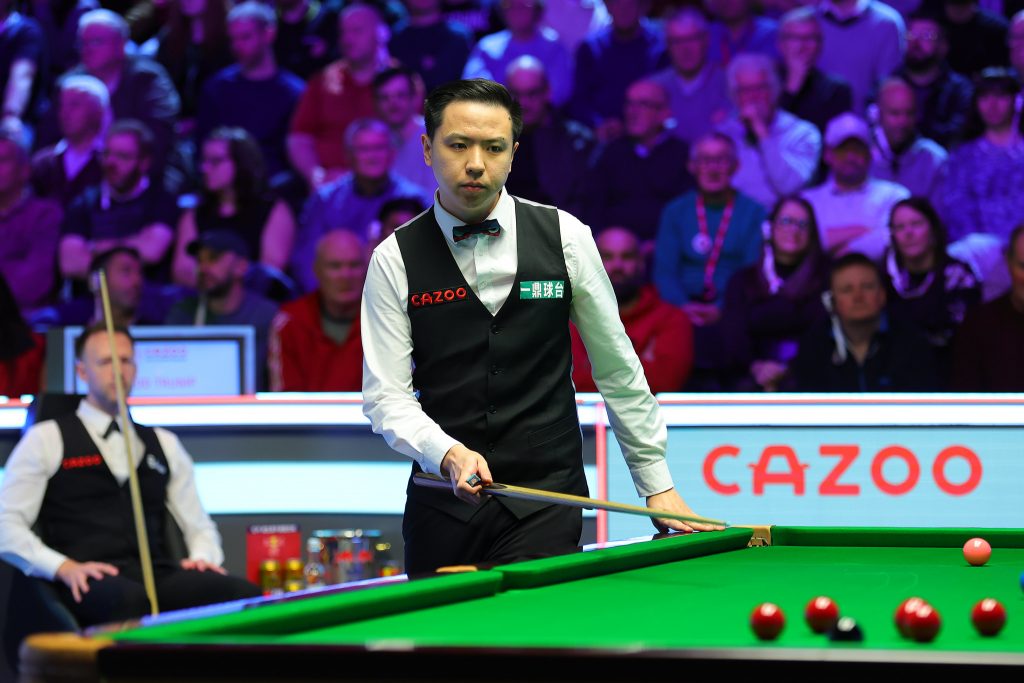 “It was a battle out there,” said 2019 World Champion Trump. “The conditions were tough so I’m just happy to get through. I saved my best until last, it was a good break, it was just about holding myself together.

“My record here is so bad that it’s important just to get through those kinds of games. They’re the ones that I have been losing to some of the lower ranked players. I know that I’m going to have to improve but I’m glad to have another chance and anything can happen in the next game. I just don’t ever play well here and I don’t know why it is. The only time recently that I have done well in this event was in Milton Keynes (in 2020).”

Trump has often had opinions about how snooker can appeal to a wider audience and is impressed with the new format and set-up at the Barbican. He added: “It definitely feels a lot more like the Crucible. After walking down from the top of the stairs you can feel the crowd a bit more on top of you. It was an amazing crowd in for me today as well which I was surprised about – it seemed to be rammed out there.” 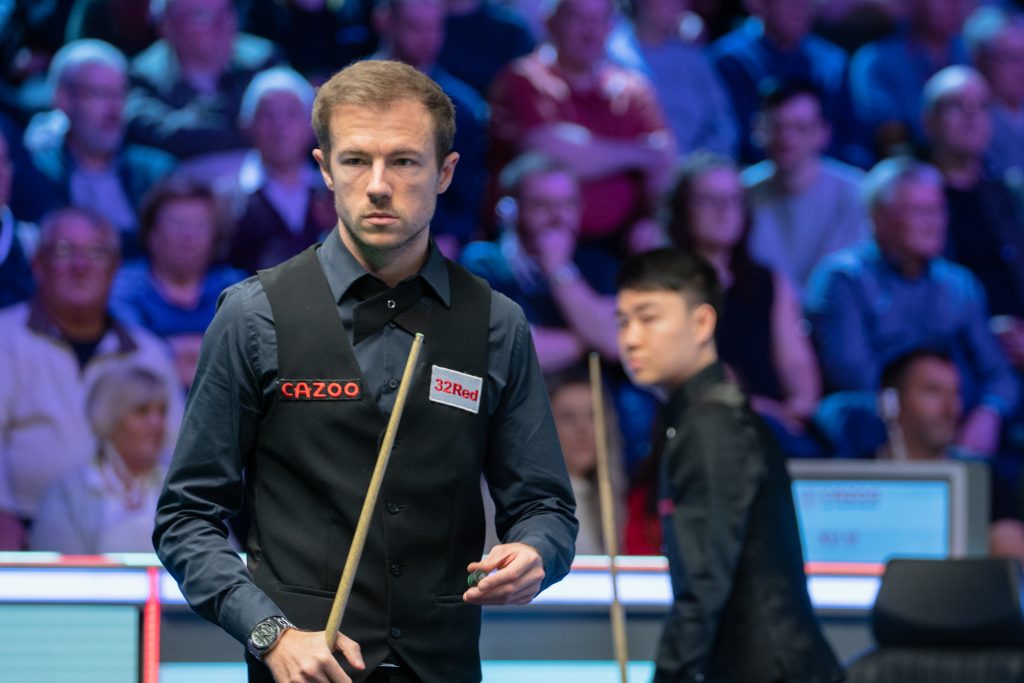 Jack Lisowski swept into the second round, beating Xu Si 6-1 with top breaks of 73, 83 and 66. World number 12 Lisowski reached the quarter-finals of this event for the first time in 2020, and got to the same stage last year. It will be three runs to the last eight in a row if he can beat Mark Selby or Hossein Vafaei on Thursday.

Gloucestershire’s Lisowski enjoyed perhaps the best win of his career at the end of last season when he beat Neil Robertson 13-12 at the Crucible to reach the World Championship quarter-finals. After a quiet start to the current campaign, he hopes he can bring his best again to the major stage.

“I was patient, played the right shots,” said the 31-year-old. “There were no fireworks, but it was nice to win comfortably. I made a few good clearances and I think that made the difference. Lots of the seeds are out already, it’s very tough to beat these qualifiers sometimes. They’re coming in with a lot of momentum.”