David Gilbert played his best snooker of the season as he beat Chris Wakelin 10-4 to reach the last 16 of the Betfred World Championship, and insists he would relish a possible clash with Judd Trump.

Other than a run to the semi-finals of the Betfred Masters in January, Gilbert has had a poor season by his standards, and admits he has struggled for motivation at times. On the one-year ranking list he lies in 52nd place, so a run at the Crucible would dramatically improve his chances of keeping his top 16 place next season. Having worked hard on his game and his fitness in recent months, Gilbert believes he has turned a corner. 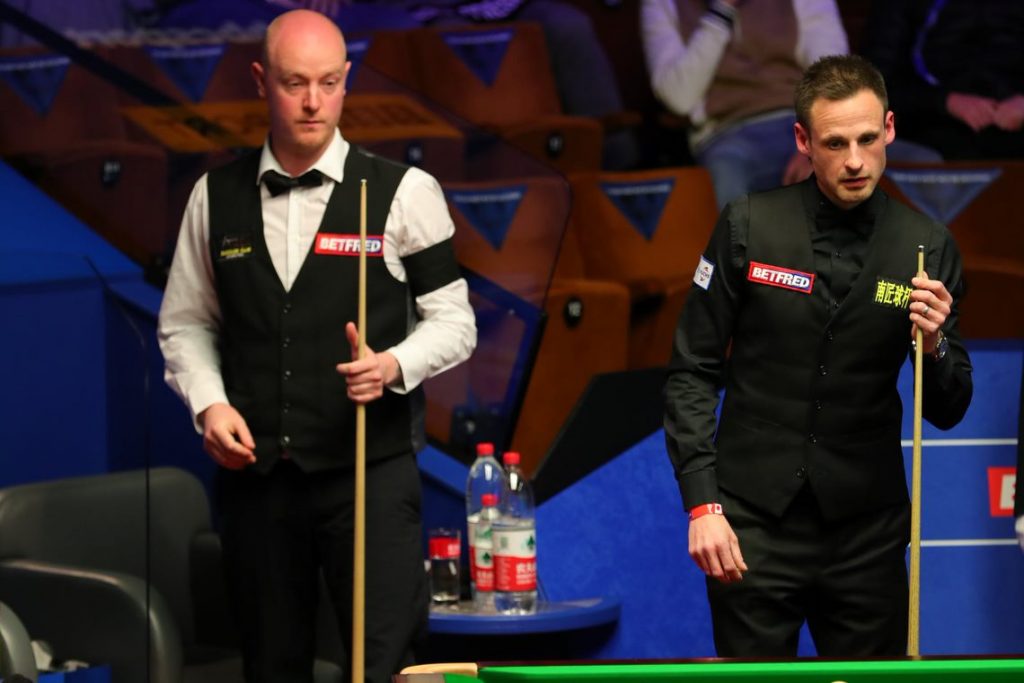 The 39-year-old reached the semi-finals in Sheffield two years ago – narrowly losing 17-16 to John Higgins – so knows what it takes to win matches on the biggest stage. In the second round he will face Judd Trump, if the world number one can come through the challenge of Liam Highfield.

In the first frame today, Gilbert missed the final black along the top cushion, allowing Wakelin to pull one back. A run of 58 helped restore Gilbert’s five-frame advantage at 8-3. Wakelin’s 81 clearance kept his hopes alive and he had chances in frame 13, but crucially missed the last red to a top corner when trailing 49-58.

Gilbert took advantage for 9-4, then clinched the result after the interval with a break of 84. 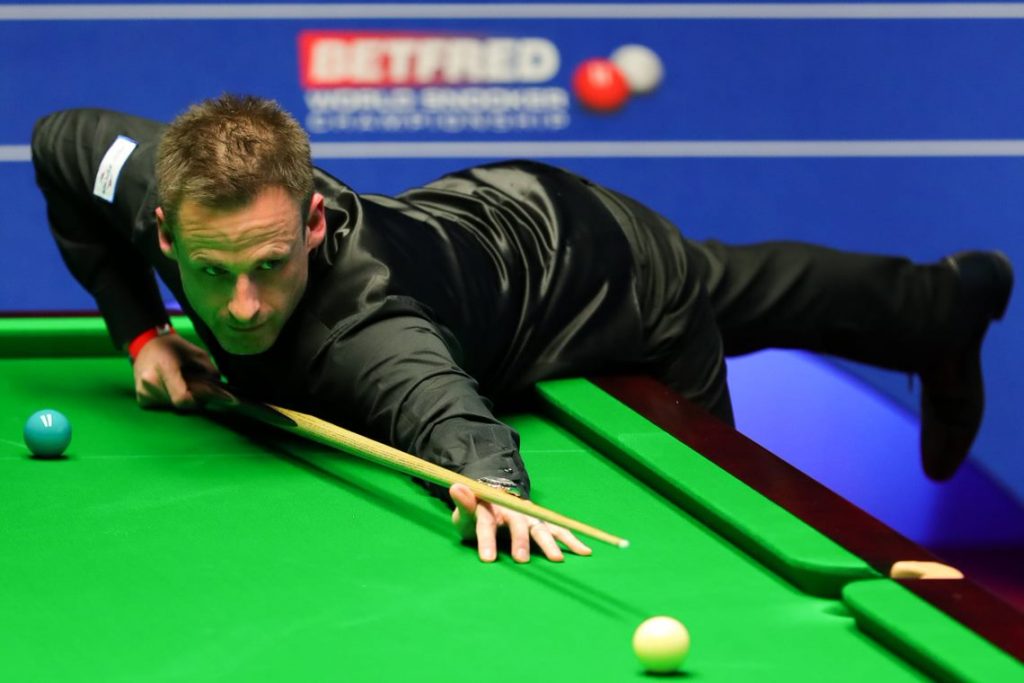 “Since January I have been hard at it in practice and I have put a gym in my garage to do some weights,” said Gilbert. “When I am fitter I play better, I should have done it ages ago. Last night I found a good rhythm and I fancied potting the balls.

“I don’t think about the money or the rankings, but I know that you plummet if you don’t win matches. This tournament can turn a bad year into a great year.

“Last night the wall between the tables went up and I was thinking about the semi-final against John two years ago. I envisaged myself in the chair on the other side. My biggest goal in snooker is to get back to that one table situation.

“If it’s Judd in the next round I would really look forward to that. He is an amazing world number one, the way he plays the game is brilliant. I have nothing but respect for him.”

On the other table China’s Tian Pengfei secured a 4-3 advantage over four-time Crucible king John Higgins after an edgy opening session.

Higgins came to Sheffield full of confidence after a phenomenal Player’s Championship showing, which saw him storm to a 31st career ranking title. The Wizard of Wishaw defeated Mark Selby 6-0 on his way to the final, where he beat Ronnie O’Sullivan 10-3.

They shared the first two frames this afternoon, before a break of 111 gave Tian a 2-1 lead. He added a further two frames to move 4-1 ahead. However, Higgins crucially rallied to remain in touch. The Scot claimed the sixth with a break of 71, before taking a 46-minute seventh to end just one behind at 4-3.

They will return to play their best of 19 encounter to a conclusion tomorrow afternoon at 2:30pm.