Robertson And Zhou To Meet In Semis

Neil Robertson played near-flawless snooker in a 6-2 defeat of Mark Selby at the Betway UK Championship, setting up a semi-final with China’s Zhou Yuelong.

Australia’s Robertson is into the semi-finals of this event for the fourth time and is chasing his third title, having lifted the trophy in 2013 and 2015. He has now beaten Selby three consecutive times this season, having come out on top in the semi-finals of both the English Open and the Champion of Champions. 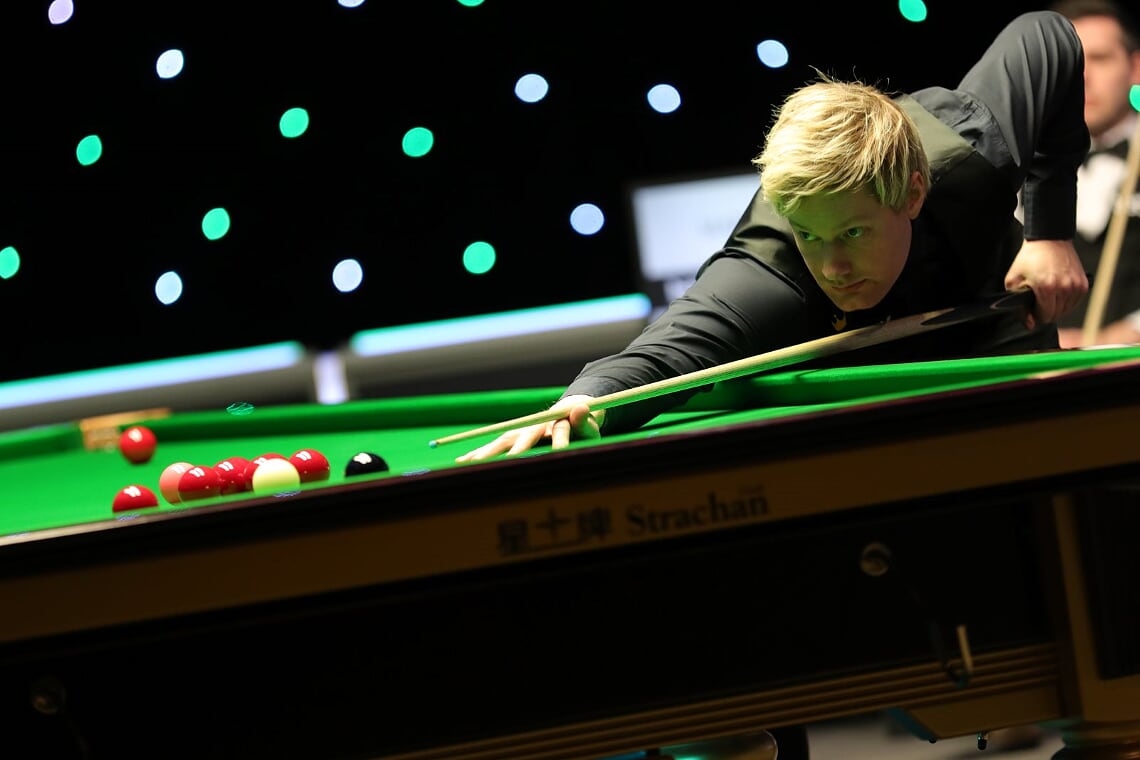 Today’s performance was Robertson’s best of the season so far as he stepped up his quest for a first title of the campaign. He raced into a 3-0 lead with breaks of 75, 122 and 63. Selby fought back to take the next two with runs of 67 and 59.

In frame six, Selby led 39-22 when he misjudged a cannon on a red and played safe. Robertson converted a tremendous long pot on a red which was close to a side cushion, and cleared the table with 56 to lead 4-2. That proved the turning point as the world number three fired runs of 91 and 130 in the last two frames.

The latter break was his seventh century of the tournament and also brought him to the career milestone of 750 tons – joining Ronnie O’Sullivan, John Higgins, Stephen Hendry and Judd Trump in reaching that landmark.

“From start to finish that was very good, it was one of my best performances of the season, probably the best,” said Robertson after reaching his 11th Triple Crown semi-final. “I played some fantastic stuff to go 3-0 up then Mark came back well and looked like going 3-3. He forced me into a do-or-die red because I didn’t have any other shot. I thought that if I potted it I could clear up to go 4-2 which I knew would be a big blow to him. Not many players in the world would have been capable of potting that red.

“I am very experienced, I have been here many times before in big tournaments. The top players don’t get over excited about semi-finals.  If I play my best then I have a great chance of getting through, irrespective of how Zhou plays.”

Zhou – I Believe I Can Win

Having knocked out John Higgins in the previous round, world number 25 Zhou claimed another top-16 scalp with a 6-4 defeat of Jack Lisowski. 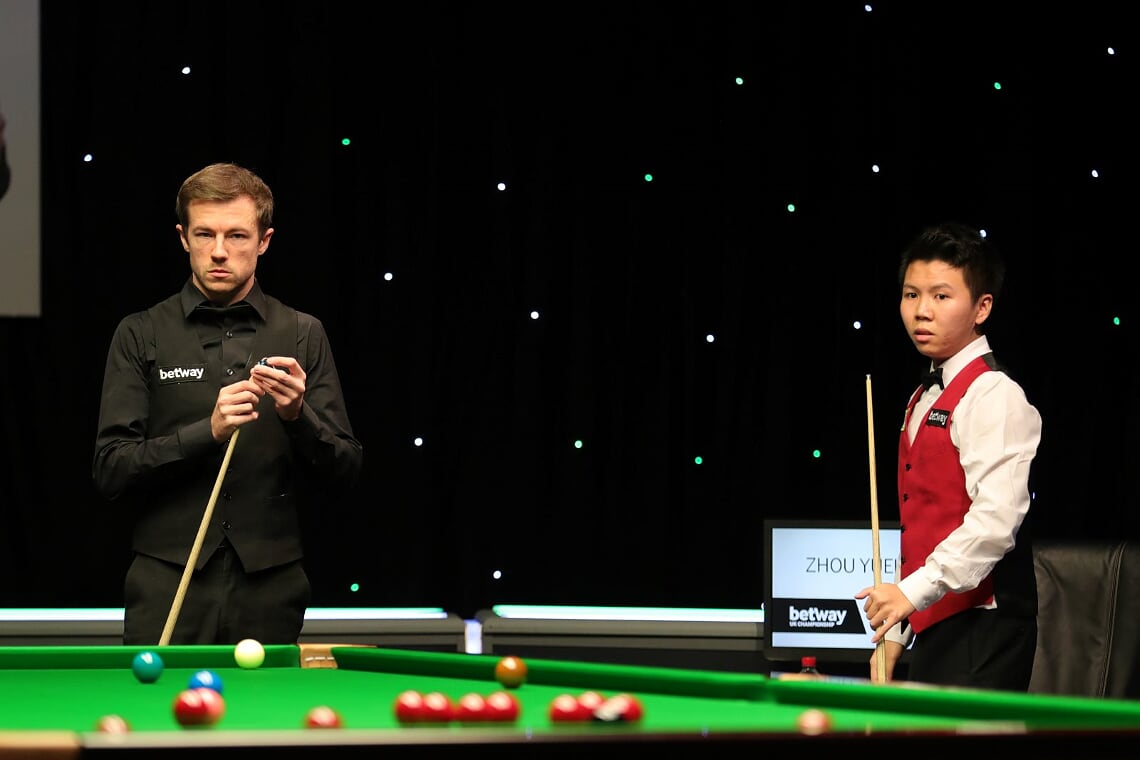 The 22-year-old from Chengdu in the west of China lost 9-0 to Robertson in the final of the European Masters last season and will hope for revenge when they meet again on Saturday afternoon. Zhou has extended his best ever run in a Triple Crown event and remains in the hunt for his first ranking title.

Today’s result was significant in the Race to the Masters, as Lisowski could have guaranteed his place at Alexandra Palace next month by winning the match, but instead he must wait to see how the weekend results pan out. Zhou will secure a top 16 place for the first time if he beats Robertson.

A break of 60 helped Lisowski win the opening frame today then Zhou levelled with a 69. Frame three came down to a safety battle on the pink and Zhou knocked in an excellent pot to lead 2-1. He added the next two with a top run of 99 to go 4-1 up.

The next two were shared, then in frame eight Zhou had a clear match-winning chance, but after potting the last red he missed the black off its spot at 31-60. Lisowski took advantage to take the frame, and made a 55 in the next to close to 5-4. But the fight-back ended there as Zhou got the better of a fragmented tenth frame.

“I am very pleased,” said Zhou. “This is a new level. Today I didn’t play well. I missed an easy chance to win the match at 5-2 up. I always felt pressure.

“It’s not good for me to play Neil – both times we have played before I have lost. But everyone has their first time and hopefully this will be mine. I am confident, I believe I can win. To get to the final might mean more snooker fans in China will watch. It would be good for my family, my mum, my coach, my teacher. It is a big prize for me.”