Robertson To Meet Selby In Semis 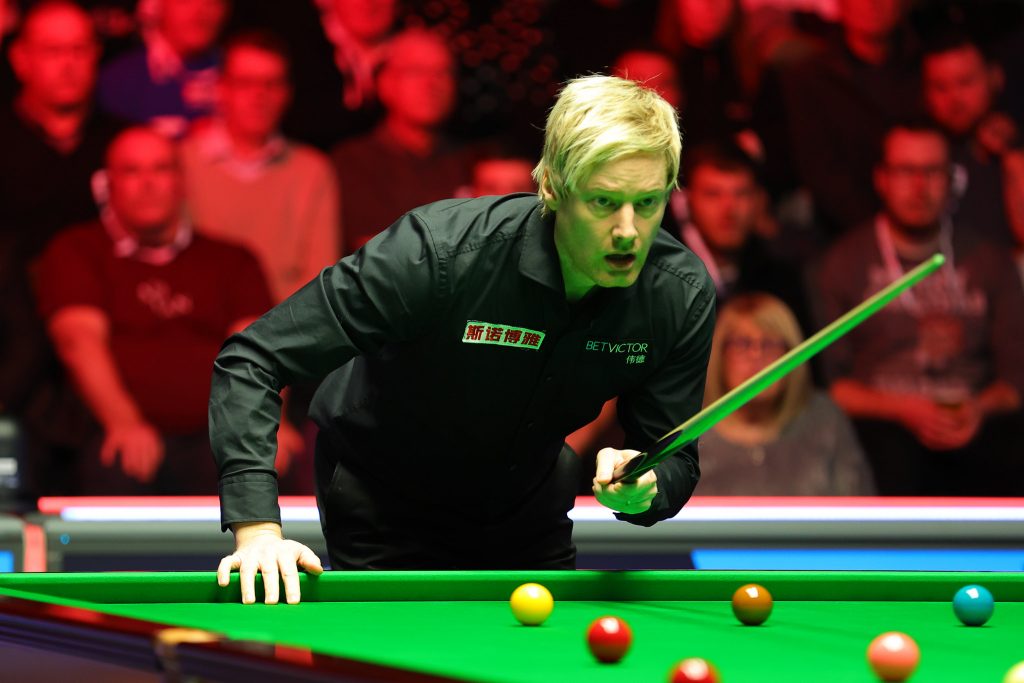 One of the highest quality matches of 2022 featured a break of at least 67 in every frame. Williams scaled the highest peak with a fabulous 147 in frame four, but Robertson was near-flawless throughout as he progressed to a semi-final meeting at 1pm on Saturday, against Mark Selby who beat Ali Carter 5-3.

Australia’s Robertson is looking to win this title for a second consecutive year, having beaten John Higgins in last year’s final. Player of the Year in 2021/22, winning four titles, the 40-year-old is seeking his first silverware of the current campaign. Robertson is through to the 49th ranking event semi-final of his career and looks at the top of his game having made six centuries and 14 more breaks over 50 in his five matches so far this week in Brentwood.

Runs of 73, 97 and 100 gave the world number four a 3-0 lead today before Williams hit back with a maximum in frame four. After the interval, there was no dip in the standard as Robertson made a 102 to lead 4-1, before Williams compiled breaks of 67 and 123 to close to 4-3. Inevitably it finished with another century as Robertson sailed past the winning line with a 127. 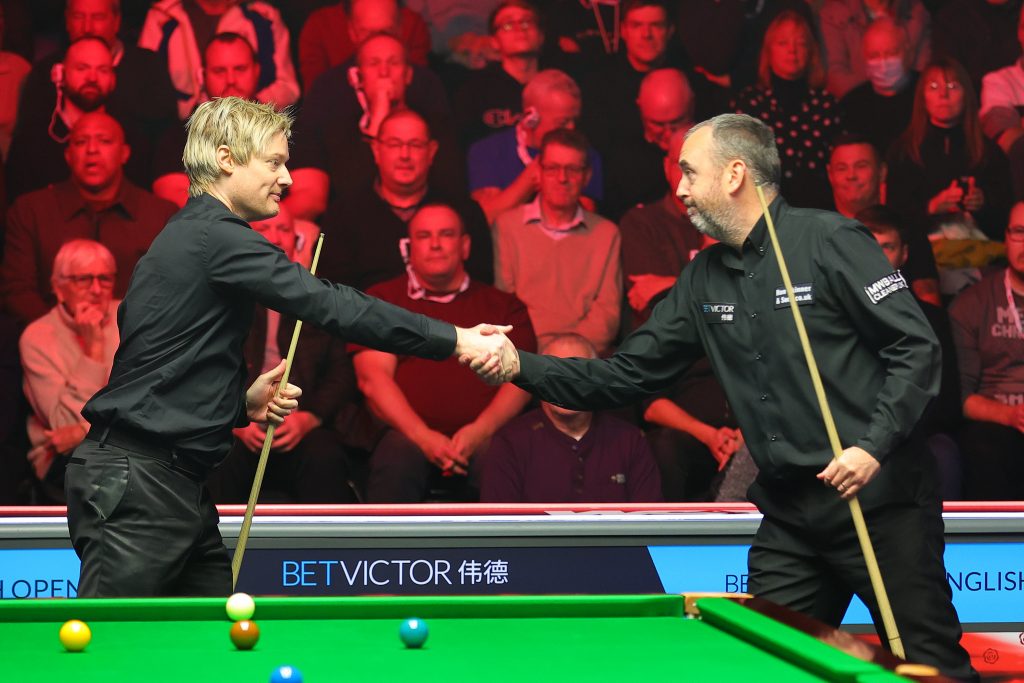 “There were hardly any unforced errors, both of us were really clinical,” said 23-time ranking event winner Robertson. “I guess the only difference was that I had him in a bit more trouble with my safety to force the errors. It was a brilliant match and capped off by Mark’s 147. It was an amazing break, nearly perfect all the way.

“This will be my third semi-final in the Home Nations this season, and in the other two I have not given enough care to playing containing safeties, I have made it too easy for my opponent. Today my safety was a lot better. When I played Joe O’Connor in Scotland, I gave him five or six easy starters. He stood up to the pressure really well, but he should never have had those chances. I know what the recipe is now, for the rest of the season. If I can give safety that extra attention and care, to go along with the long potting and heavy scoring, hopefully I’ll see similar success to last season.” 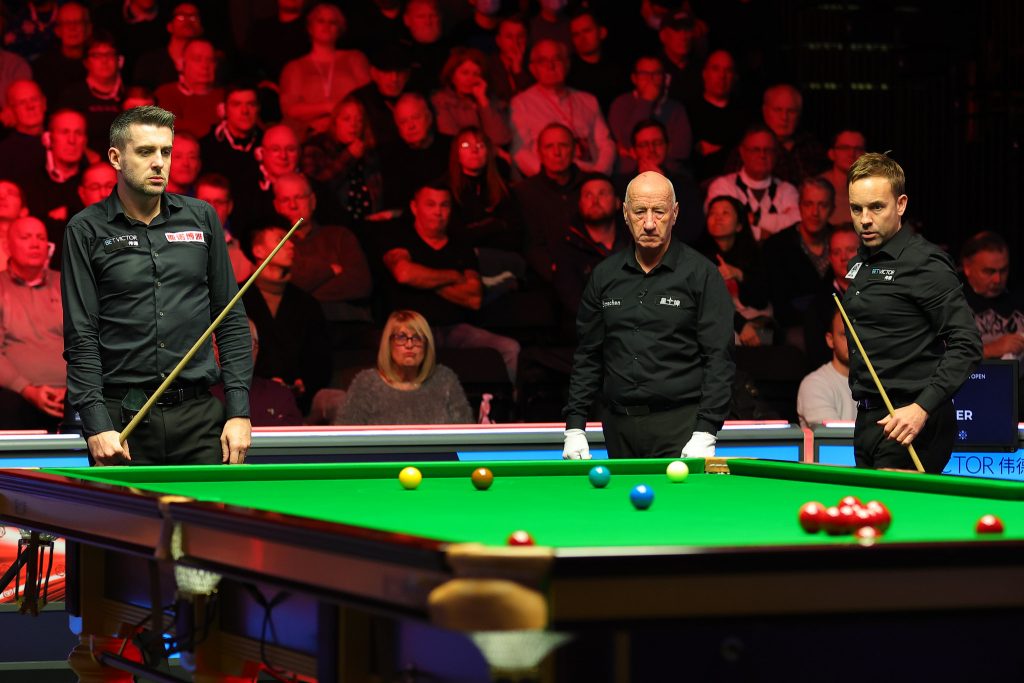 In another high quality contest, Selby came from 3-2 down to win the last three frames against Carter and reach his first ranking event semi-final since the 2021 World Grand Prix. Leicester’s Selby hasn’t won a title since landing his fourth Crucible crown 19 months ago, and to win tomorrow he’ll need to end a spell of seven consecutive defeats against Robertson.

After sharing the first two frames, Carter made a break of 100 to lead 2-1. In frame four, he had a chance to double his lead, but crucially missed the penultimate red to a centre pocket when he trailed 40-50. Selby cleared to the green then laid a tough snooker, and Carter’s failure to escape made it 2-2 at the interval.

Local favourite Carter, from Chelmsford, regained the lead with a 77, then Selby hit back with a 127 for 3-3. In the seventh, Selby made 68 before running out of position, but his opponent then played a loose safety, handing world number three Selby the chance to edge 4-3 ahead. And when Carter’s attempted long red at the start of the eighth frame missed its target, that proved his last shot as Selby made a match-winning 73.

“It was scrappy before the interval, then we both played better. From 3-2 I picked up the pace and scored well,” said Selby after reaching his 56th ranking event semi-final. “I was lucky to beat Shaun Murphy last night, he missed a black when he had a chance to win 4-2, a shot he would only miss one time in 100.

“When I play Neil tomorrow I’ll just try my hardest and see what happens. He is a class act and has played brilliantly against me the last few times.”