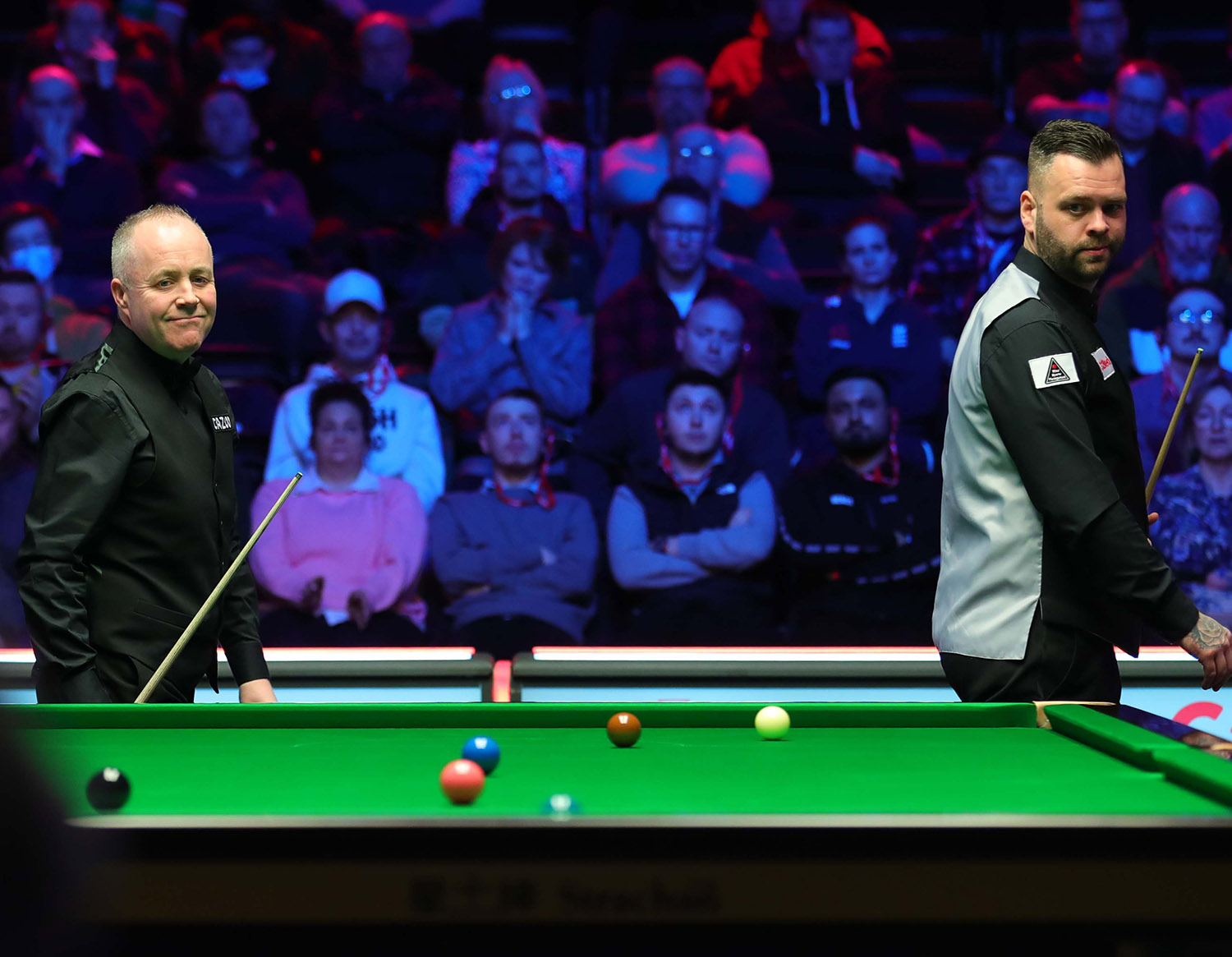 Just under a year ago Jimmy Robertson was a frame off relegation from the professional ranks, but today he sealed a stunning 6-4 win over four-time World Champion John Higgins to reach the semi-finals of the elite 16-player Cazoo Players Championship in Wolverhampton.

Robertson’s career was on the line at 2021 World Championship qualifying. He needed to win his first round match against China’s Zhao Jianbo to remain on the circuit. Having trailed 3-0, he showed his steel to secure a critical 6-5 victory.

The Bexhill cueman’s significant mental fortitude from last season has been transferred into the current campaign. Robertson has capitalised on winning his tour survival battle, by reaching the semis at the British Open and the quarters at the Cazoo World Grand Prix.

Part of the credit for Robertson’s enhanced mental toughness must be given to mind coach AP O’Neill, who he started working with at the back end of last season and has helped him to regain his confidence.

Robertson already has a ranking title to his name, having beaten Joe Perry 9-6 in the final of the 2018 European Masters. The subsequent years saw him slide down the rankings with his form deteriorating, before his recent resurgence.

Scotland’s Higgins will leave Wolverhampton disappointed not to have come closer to securing his first ranking silverware of the season. The 31-time ranking event winner agonisingly lost finals at the Northern Ireland Open and English Open 9-8 at the hands of Mark Allen and Neil Robertson respectively.

It was Higgins who gained the early advantage this afternoon, taking the first two frames to lead 2-0. However, runs of 58 and 57 helped Robertson to claw his way back into proceedings and make it 2-2 at the mid-session.

The pair traded frames when play resumed, before a decisive burst from Robertson moved him to the verge of victory. Breaks of 102 and 57 saw him claim two on the bounce to make it 5-3. Higgins kept his hopes alive by firing in a contribution of 80 to claim the ninth frame, before a dramatic tenth. 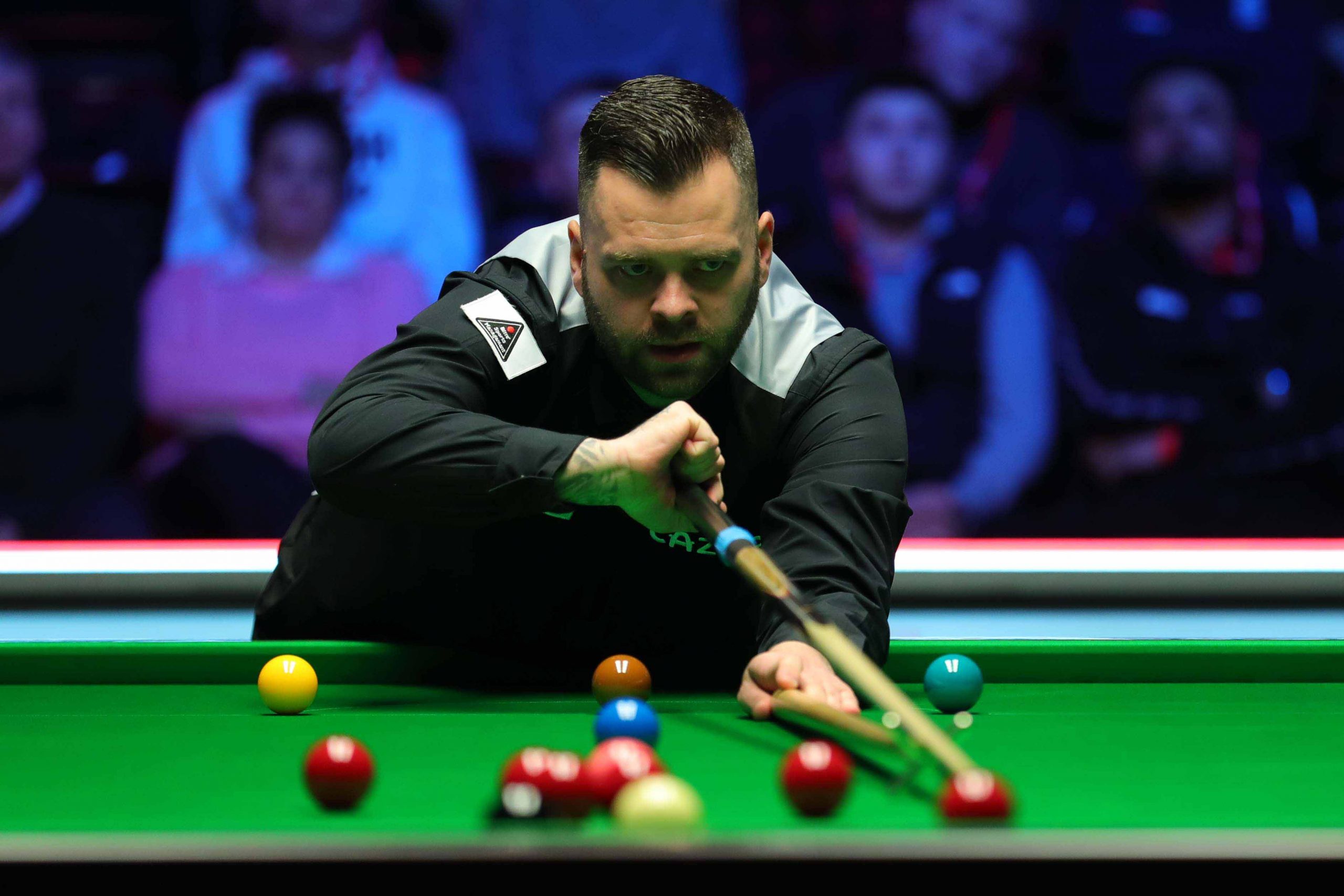 Robertson had appeared to have done enough when he left Higgins requiring two snookers. The gritty Glaswegian got the required penalty points to bring the frame back into the balance. Eventually he left Robertson an opportunity on the brown, which he deposited to get over the line. Next up he faces Cazoo Masters champion Neil Robertson in the semi-finals.

“That win means everything. It was a massive match and a massive occasion. Beating him in an ITV event on the one table setup is huge for me and hopefully it can give me a lot of confidence,” said 35-year-old Robertson.

“I’ve struggled over the years with certain things going on in my head. I don’t always show it on the table, but there’s all sorts happening mentally. It was time to start working with somebody and it is really doing me good at the moment.

“Snooker is the toughest sport in my opinion because you are out there on your own. You can be sat in your chair at times without getting a shot. It is so difficult and you need to get your mind in the right place for when you do get a chance. Over the years I’ve struggled a bit with nerves.

“These guys are the best in the world, but you have to go out there and show you aren’t scared of them. That is the main thing I’ve shied away from over the years. To have a chance of beating them you need to take the game to them and attack them.”