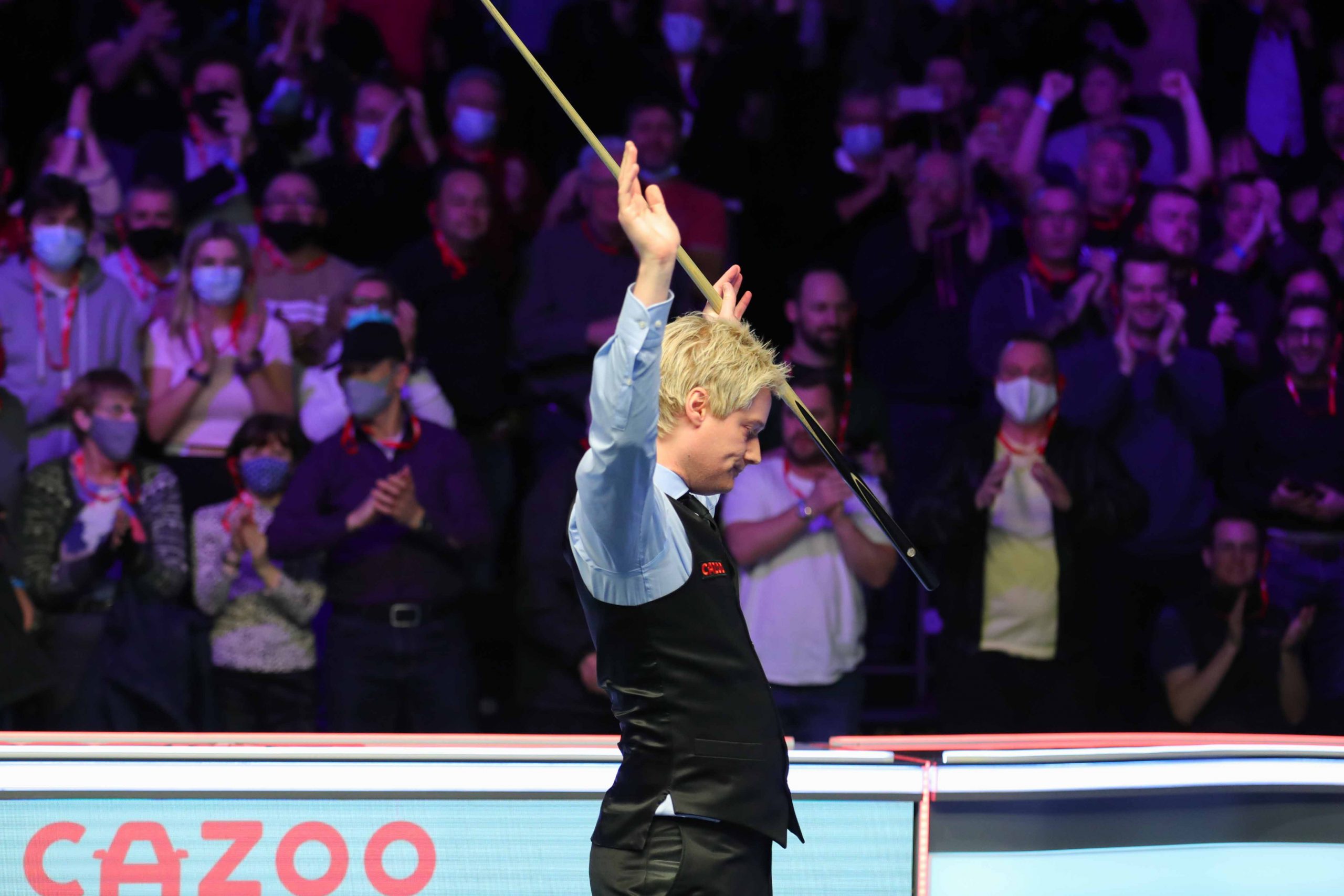 Neil Robertson is through to the Cazoo Masters final after winning a thrilling deciding frame, in which he required two snookers, to beat Mark Williams 6-5.

The Australian had hauled his way back from 4-1 and 5-3 down to make it 5-5 and force a final frame. Alexandra Palace was at fever pitch when both players took to the arena for the decider and the 2,000 strong crowd gave them a standing ovation. A break of 67 had appeared to be enough to take Welshman Williams into the final, when Robertson was left requiring two snookers.

However, a situation developed where the final red was placed on top of the black, which itself hung over the edge of the top left pocket. A nerve-shredding safety exchange unfolded. Williams did give four penalty points away, before playing a remarkable shot to dislodge the red and give himself breathing space. 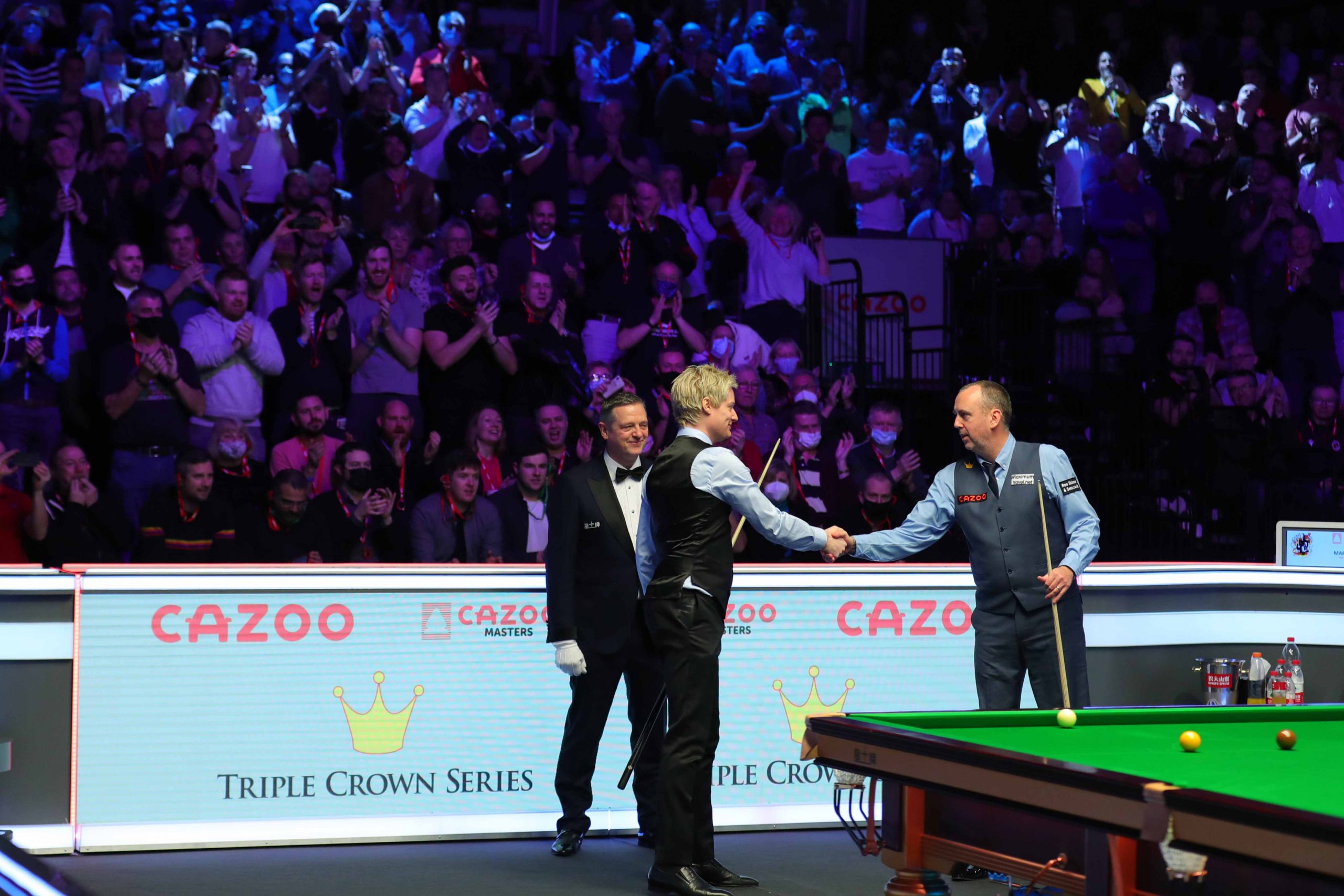 World number eight Williams then spurned two opportunities to pot the red and put the match to bed. The tie came down to the colours and Robertson left Williams in a tricky snooker on the yellow. He hit the green when attempting a swerve and left Robertson his chance. The 2012 Masters winner pulled off a superb clearance of 27 to win on the black.

World number four Robertson now faces either Judd Trump or Barry Hawkins in tomorrow’s final over the best of 19 frames. The Paul Hunter Trophy and a top prize of £250,000 will be on the line.

The Melbourne cueman hasn’t appeared in a Masters title match since 2015, when he was soundly beaten by Shaun Murphy. He will be hoping to land a second Masters title tomorrow, ten years after his first. Robertson’s 2012 victory came after a 10-6 defeat of Murphy in the final.

At the beginning of the afternoon it was 1998 and 2003 Masters winner Williams who seized the early initiative. The three-time Crucible king was aiming to reach his first Masters final in 19 years. He defeated Stephen Hendry in the 2003 title match.

Breaks of 59, 71 and 60 had seen Williams establish a 3-1 lead at the mid-session interval. When play resumed, a run of 60 helped him to move 4-1 ahead. Robertson then pulled one back, before firing in a run of 83 to turn up the heat and claw within a frame at 4-3.

A contribution of 91 then took Williams to the verge of victory. He had his chance to win in the next frame, but missed a black off the spot on 23. Robertson ruthlessly punished him by making 95 to keep the tie alive and make it 5-4.

The 2010 World Champion showed nerves of steel in the tenth frame, crafting a sublime century break of 119 to force the decider at 5-5. He then went on to clinch the win in the pulsating finale. 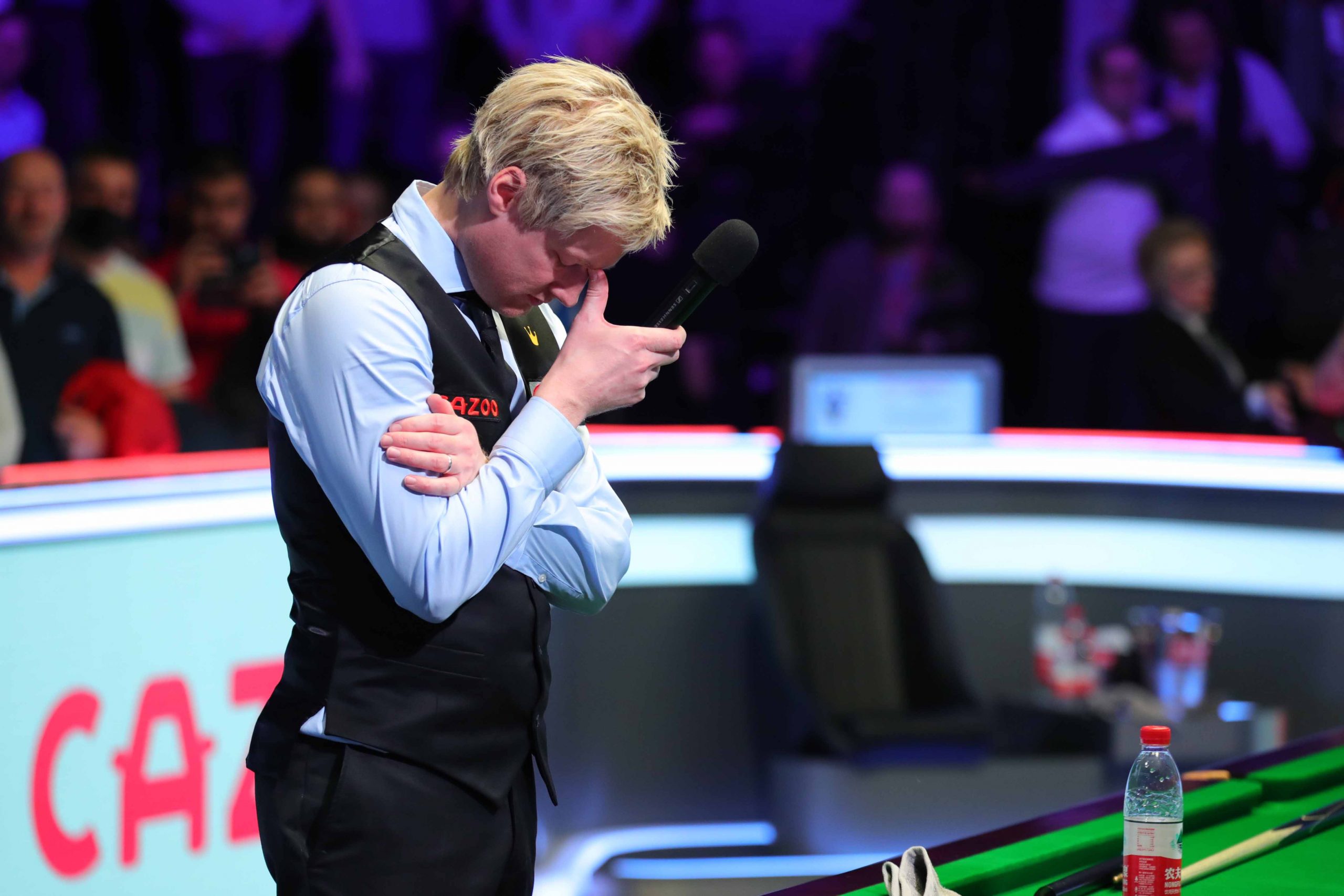 “We both left the arena before the deciding frame and came back to a standing ovation, it was bone chilling stuff. We just smiled at each other and realised how lucky we were to experience something like that,” said 39-year-old Robertson.

“To come back when I was literally out of the tournament, needing two snookers in the decider, was amazing. To land on the black where I couldn’t miss it was a nice feeling walking round the table. I have to enjoy the win, reset mentally and go again tomorrow.

“Any final is a great opportunity to win another trophy. I can’t allow myself to think what it will mean if I win or lose. I just have to play the best I can and when I shake my opponent’s hand I need to be gracious in defeat or humble in victory. The most important thing is to play my heart out and see what happens.”

Williams said: “I could have won it in the end and people may say I have thrown it away, but I don’t see it like that. I just think I lost a snooker match and I should have won it. I’ve got no grumbles.

“I’m not gutted at all, I’ve lost a snooker match. Best of luck to Neil. I did twitch a black off the spot to win 6-3 and that is the only one I’ve twitched all game. I’ve had a good week, the crowd has been fantastic and I’m out. I’ve got no problems.”