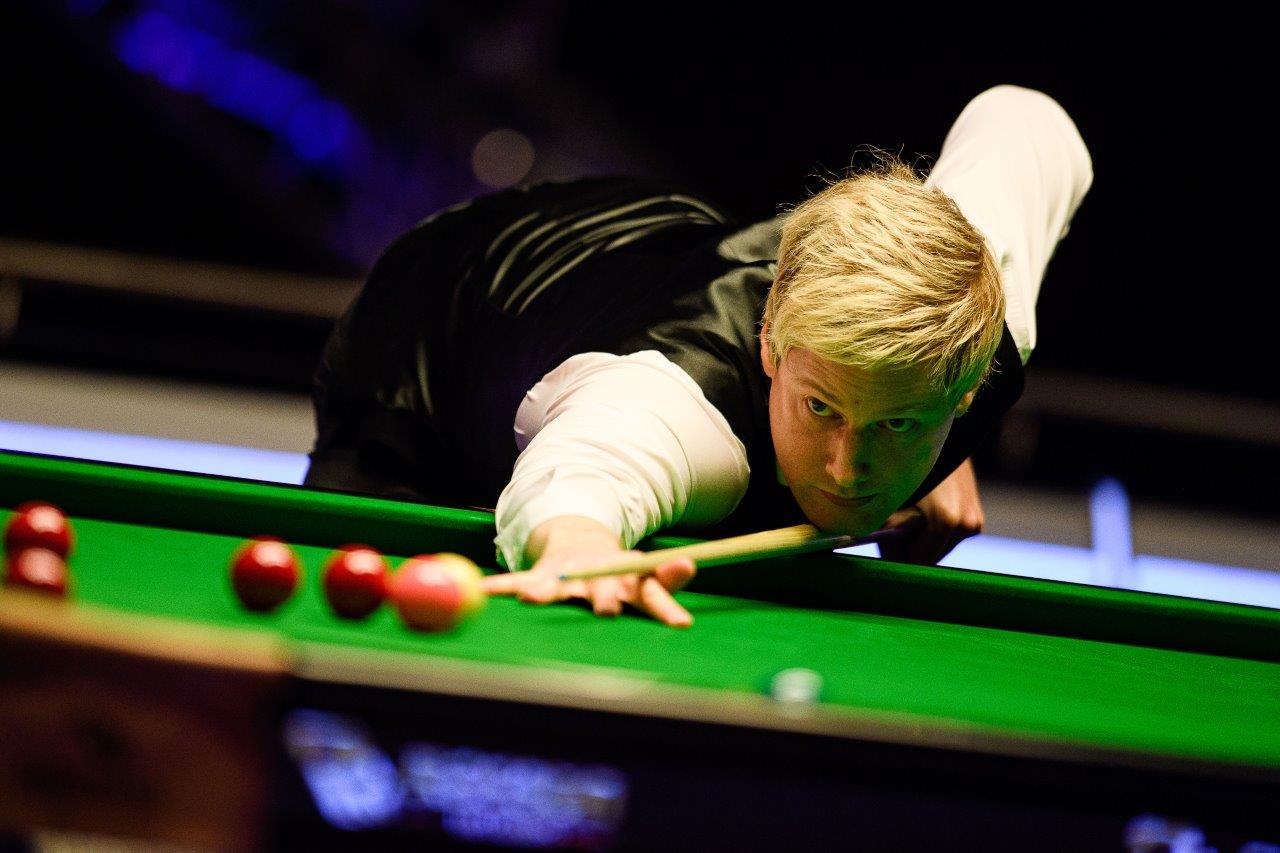 Defending champion Neil Robertson beat Mark Selby 6-5 in a high-quality semi-final which will go down as an all-time classic to reach Sunday’s final of the 888sport Champion of Champions at Marshall Arena, Milton Keynes, live on ITV4.

The standard was exceptional and the six centuries made between Selby and Robertson equalled the record for a best of 11, set by Robertson and Judd Trump at the 2016 Masters. ITV4 pundits Stephen Hendry and Ken Doherty agreed it was the best 11-frame match they had ever witnessed.

Nothing could split Selby and Robertson over the first ten frames; the Jester From Leicester led four times until his opponent pulled in front for the first time at 5-4. The world number four responded to force the decider but Robertson’s title defence will now continue against either Trump or Mark Allen after it was the Thunder From Down Under who took the final frame, with a match-winning break of 54.

“It was a brilliant match to be a part of,” said Robertson. “I think both of us really enjoyed being out there, playing like that and I think we both brought the best out of each other. I can’t really think of anything I missed and the centuries Mark was making were off really good long pots or fantastic safety shots to create chances.

“If I lost the decider with only really missing two balls in the match, it would have been harsh but what a match. The Rasson tables have played amazing well, really fast, it bounces off the cushions perfectly and it’s really good to score on. The real winner is the fans, everyone watching at home, because they’ve seen some really good snooker this week.

“Not many players have won this event. You have to beat the very best players in the world and it is going to require an equally impressive performance as what I gave today to lift the trophy.”

There was nothing to split Robertson and Selby at the mid-session; the Australian making his 23rd century of the season with a 100 to make it 2-2 at the break. Selby opened the second part of the match with a faultless 131 to take the lead for the third time in the match.

Robertson levelled again, but again his opponent moved ahead, this time with a 137. The defending champion wasn’t to be outdone though and produced a great 141 to level again; the match now reduced to a best of three.

The ninth frame was the one in which Robertson was finally able to move ahead as he produced a 121, but Selby forced the decider with a 137. The century tally was now at six in the last seven frames.

The decider was the longest frame of a pulsating match and it was Robertson who broke through, winning with a 54.

The second semi-final of the 888sport Champion of Champions takes place on Saturday as World No.1 Judd Trump faces Mark Allen over 11 frames from 6:45pm, live on ITV4.