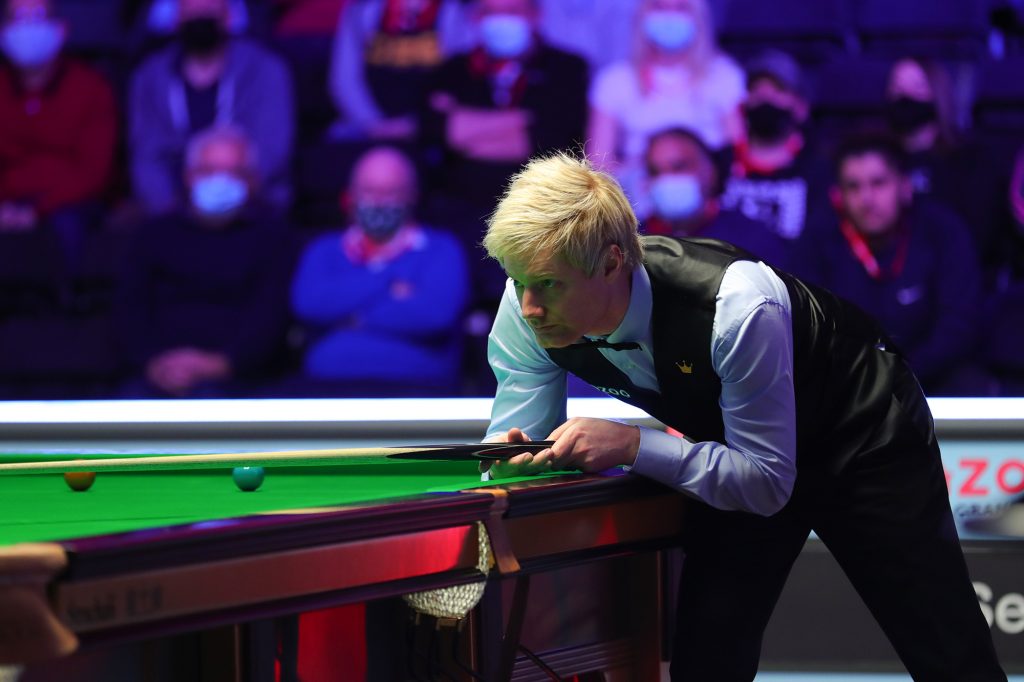 Neil Robertson beat Mark Selby for the fifth consecutive time as a 6-3 victory put him into the final of the Cazoo World Grand Prix in Coventry.

Australia’s Robertson will face Ronnie O’Sullivan or Stuart Bingham over 19 frames in the final on Sunday and victory would give him his second ranking title of the season and 22nd of his career.

If 39-year-old Robertson goes on to lift the trophy it will complete a remarkable recovery from health problems as he has suffered from pulsatile tinnitus in recent weeks, which led to defeat in the first round of the Cazoo UK Championship and withdrawal from the BetVictor Scottish Open.

Since losing to Selby at the Crucible in 2020, Robertson has dominated meetings between the pair, winning all four matches last season and another tonight – a formidable recent record against the World Champion and world number one. Robertson was strong in all departments this evening as he reached his 34th ranking event final.

This week’s run was Selby’s best of the season so far, but he remains without a title since conquering the Crucible last May. He also remains outside the top 16 of the one-year ranking list and may need a deep run at either the BetVictor Shoot Out or BetVictor German Masters to qualify for the Cazoo Players Championship in February.

Robertson started strongly with breaks of 82 and 93 to take the first two frames, before Selby won the third. Frame four lasted 42 minutes and came down to the colours, Selby getting the snooker he needed on the blue then capitalising on a safety error from his opponent to clear from blue to black for 2-2.

Robertson came from 36-0 down to take the fifth with a 74 clearance and added the next with a run of 67 for 4-2. The seventh hinged on a moment early in the frame when Robertson, on a break of 6, potted a red but was correctly judged to have played a push shot on another red by referee Kevin Dabrowski. Selby took advantage with a break of 112. 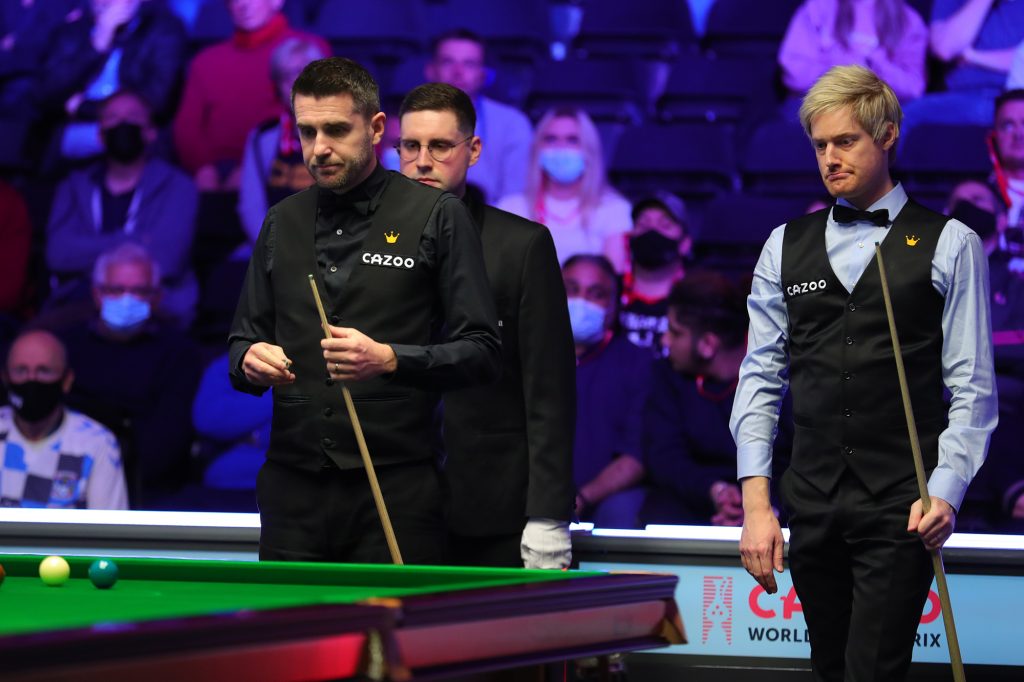 Leicester’s Selby led 24-0 in the eighth when he was unlucky not to land on a red when splitting the pack. Robertson had the next chance and made 74 which put him 5-3 ahead, and when Selby played a poor safety early in the ninth his hopes were gone, as a cool 71 from world number four Robertson secured his place in the final.

“I’m really happy with the way I closed out the last two frames,” said Robertson, who won this title in 2020. “I don’t think beating Mark five times in a row makes any difference because I just try to play on my terms, the way I enjoy playing, that’s the philosophy I take into any match. And Mark is probably the strongest player in the game mentally so I doubt it affects him much.

“I had a late start to this season so to win a title at the English Open in front of a big crowd was brilliant. To be back in this final again, at such a prestigious event, is incredible.”

Robertson is enthusiastic about the recent breakthroughs for young talents Zhao Xintong and Luca Brecel. “It’s fantastic for the game,” he said. “Yan Bingtao winning the Masters and those two players taking titles keeps the conveyor belt going of overseas players doing well and keeping the tour really international. China is producing a lot of players and now we are seeing them competing for titles. Hopefully Luca will inspire more European players to progress.”