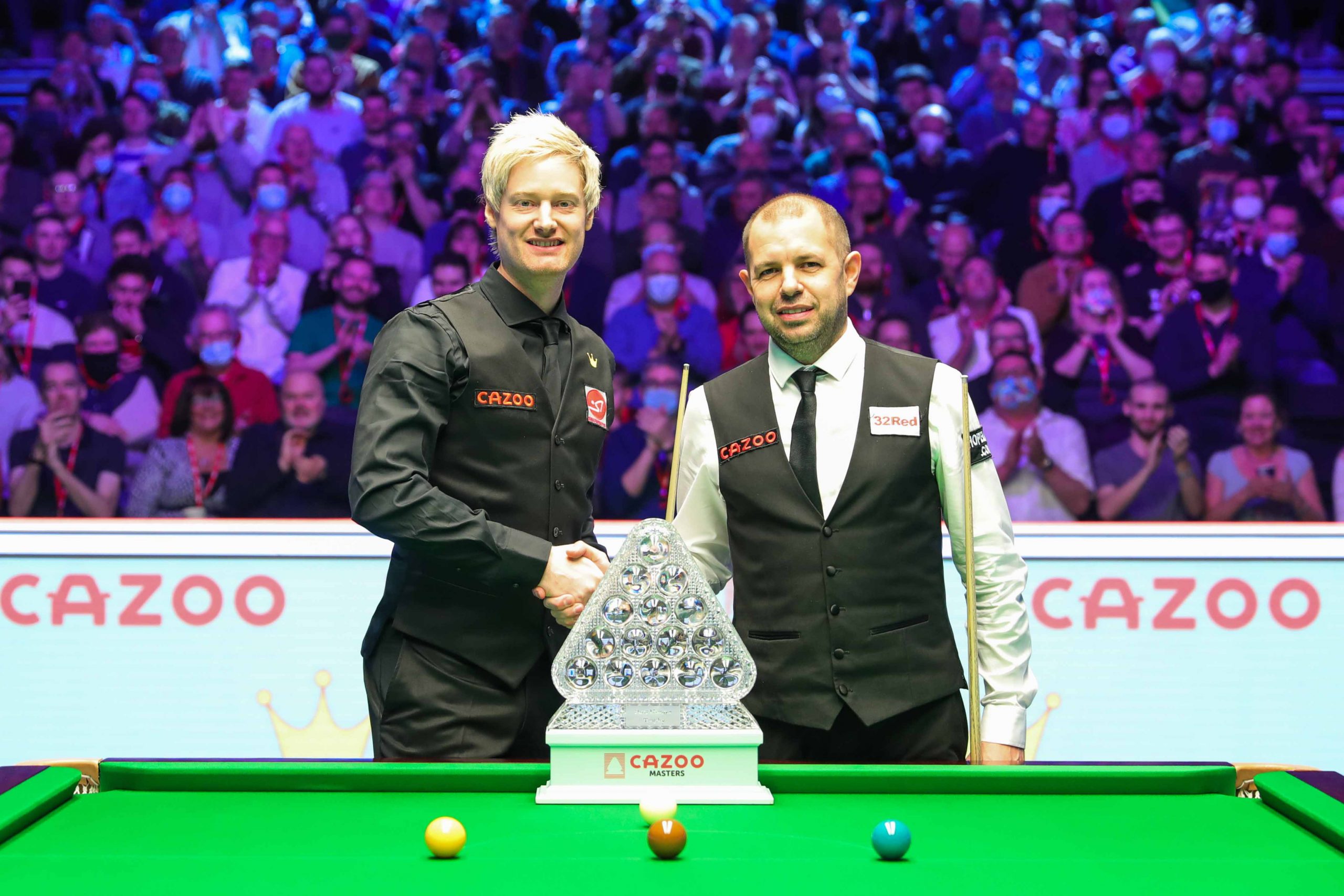 The remainder of the best of 19 encounter will be played out from 7pm. The victor will receive a top prize of £250,000 and the Paul Hunter Trophy.

Australia’s 2010 World Champion Robertson is aiming to capture his second Masters title with victory this evening. The Thunder from Down Under first lifted the famous trophy ten years ago in 2012, when he defeated Shaun Murphy 10-6.

World number 10 Hawkins is competing in his second Masters final, having been runner-up to Ronnie O’Sullivan in 2016.

The pair were afforded a standing ovation as they entered the arena this afternoon. The tension was palpable in an edgy first frame, but it was Hawkins who claimed the opener in just under half an hour to lead 1-0.

Breaks of 50 and 105 saw Robertson respond with two on the bounce to move ahead for the first time, but it was Hawkins who took the last frame before the mid-session to make it 2-2.

When play resumed, Robertson stole the fifth on the black to edge back in front. The 21-time ranking event winner then added the sixth with two breaks of 54 to lead 4-2. Hawkins won an important seventh frame, but Robertson hammered home a break of 73 to end the afternoon 5-3 in front.