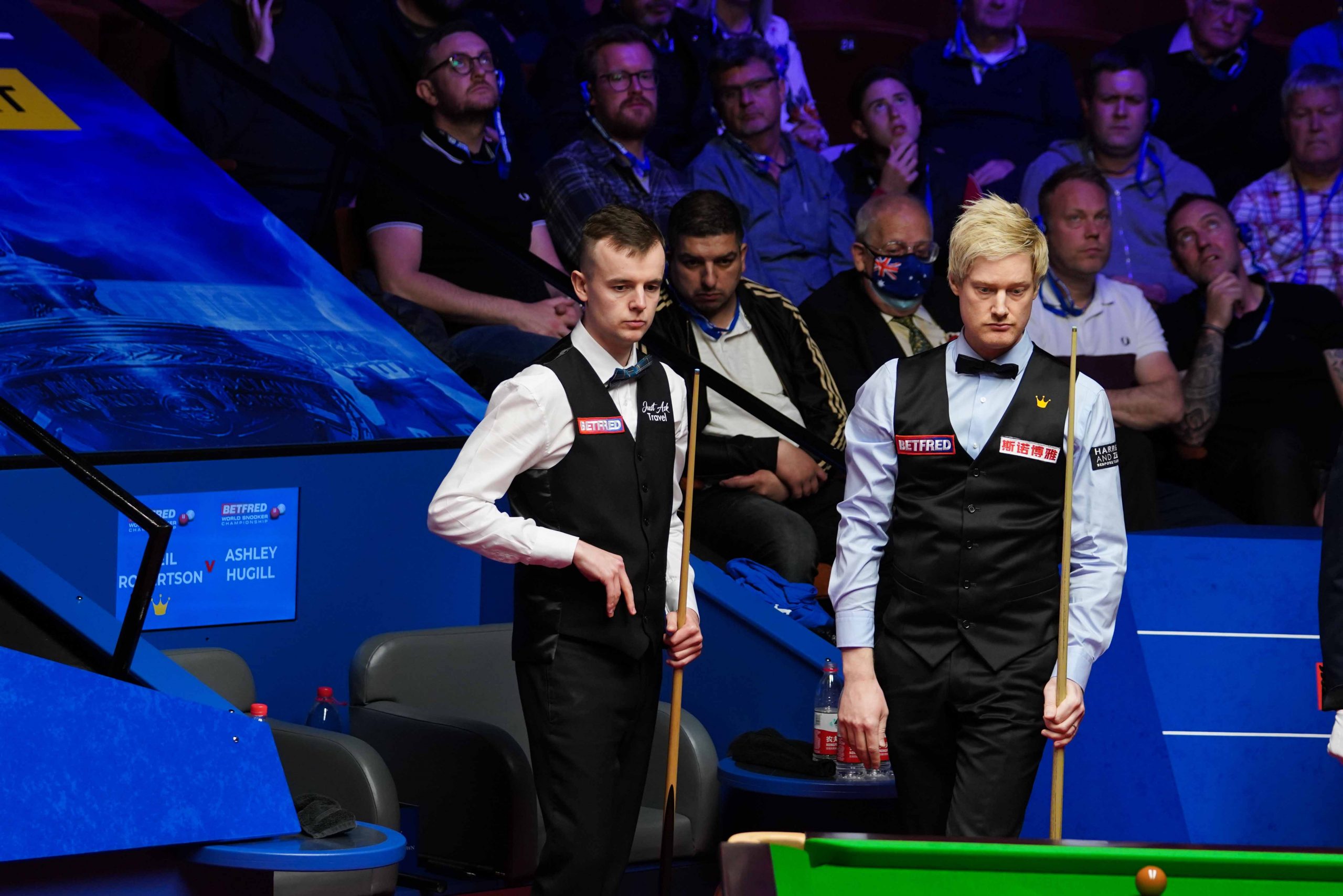 Tournament favourite Neil Robertson recovered from an early deficit to lead Ashley Hugill 6-3 after the opening session of their first round encounter at the Betfred World Championship.

Australia’s Robertson has arrived in Sheffield off the back of what he describes as his best ever season. The world number three has racked up ranking event wins at the English Open, Players Championship and Tour Championship, as well as a second Masters title at Alexandra Palace in January.

Hugill battled through three qualifying rounds at the English Institute of Sport to earn a Crucible debut. He defeated Joe O’Connor 10-7 in the final round to earn a first trip to the Theatre of Dreams.

The Thunder from Down Under struck first this afternoon, with a total clearance of 127. However, Hugill was undeterred by the occasion and summoned a surprise three-frame blitz to take control of the tie. Breaks of 85 and 77 helped him to three on the bounce and a 3-1 lead at the interval.

When play resumed, Melbourne’s Robertson turned up the heat to regain the initiative. Breaks of 72, 97, 109 and 132 helped him to claim five on the bounce to turn the tie on its head and end 6-3 in front. The pair will return tomorrow at 10am to play to a conclusion.