Neil Robertson came from 3-2 down to lead Jack Lisowski 5-3 at the end of the opening session of their Betfred World Championship second round clash at the Crucible.

World number three Robertson struggled to find his rhythm in the early stages, but then stepped up a gear to establish a two-frame overnight advantage. Winner of the best-of-25 battle goes through to the quarter-finals to face Barry Hawkins or Kyren Wilson. 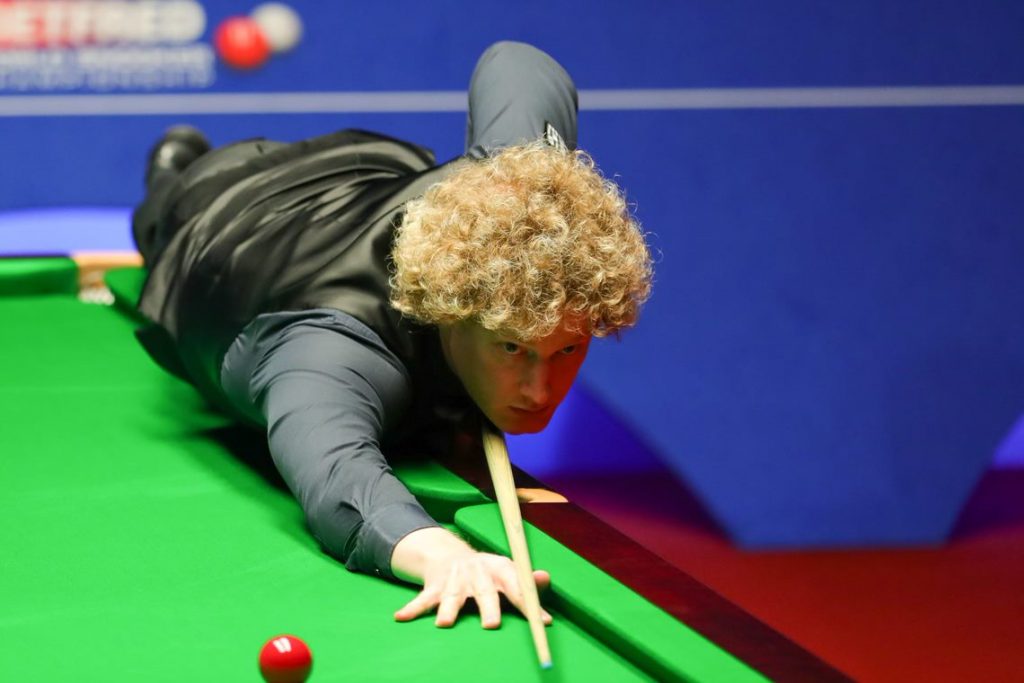 Australia’s Robertson won the title in 2010

After losing the opening frame, Lisowski – who is aiming to reach the last eight in Sheffield for the first time –  hit back to take three of the next four with top breaks of 85 and 81, to lead 3-2.

In frame six, Robertson made 45 before missing a tricky red to a top corner, then Lisowski had a chance to counter but scored just 8 before failing to convert the green to a baulk corner. That proved a key moment as Robertson sealed the frame then took the next two with 135 and 76.

They return on Friday at 2.30pm for eight more frames, with the conclusion to be played on Saturday morning.