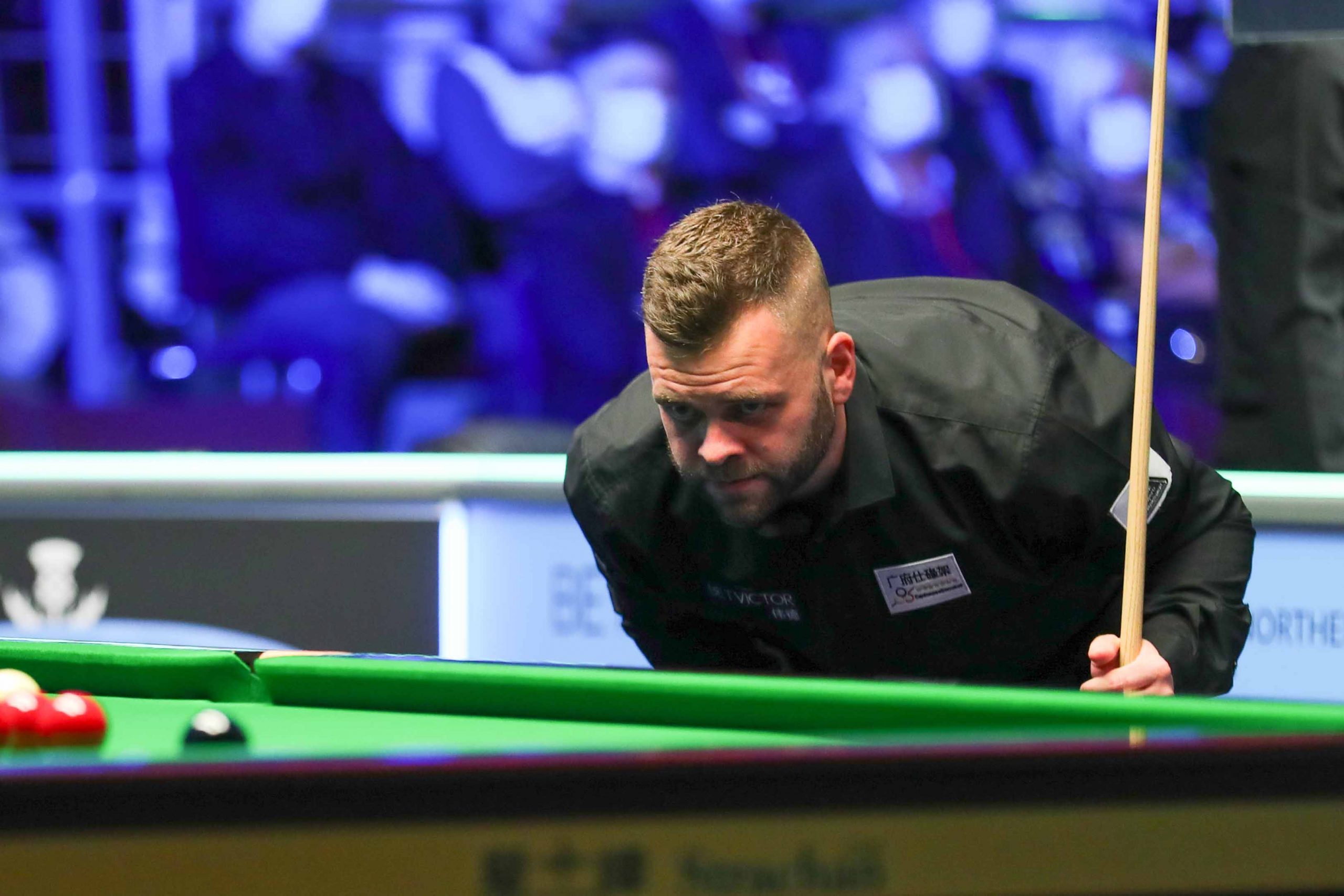 Former European Masters champion Jimmy Robertson sealed a fine 4-2 win over world number 17 Zhou Yuelong to clinch his place in the last 64 of the BetVictor Northern Ireland Open at the Waterfront Hall in Belfast.

World number 48 Robertson came within a match of tour relegation at the end of last season, but defeated Zhao Jianbo 6-5 at World Championship qualifying to save his place on the circuit.

The Bexhill cueman’s preparations for this week’s event were far from ideal, having only been released from Covid-19 isolation on Thursday.

Robertson composed breaks of 50,70 and 59 on his way to victory this evening and will now face Sunny Akani in the last 64.

“I’m feeling really good about myself and my game. I still need to improve in areas on the table but my head, the way that I’m thinking and everything off the table is going well,” said 35-year-old Robertson.

“I’ve always struggled over the years with playing in certain situations, being on the main table with eyes on me and things like that. I know I won a tournament a few years ago, but I lost a lot of confidence and matches after that. I’m working with a mental coach called AP O’Neil now and it is going really well. If you think bad things then bad things will happen on the table. You just have to stay positive. It is helping me.”

Gao composed breaks of 85, 81 and 58 on his way to a win which took just an hour and 15 minutes to complete. He will now face either defending champion Judd Trump or Andrew Pagett in round two.

Lee Walker snuffed out an Anthony McGill fightback to edge through with a fine 4-3 victory. Welshman Walker had charged to a 3-0 advantage, making breaks of 60 and 67 along the way.

However, McGill charged back into contention in a three-frame blitz which included a total clearance of 137. It all came down to a decider and Walker got over the line with a clinical run of 53. Next up he faces Louis Heathcote.