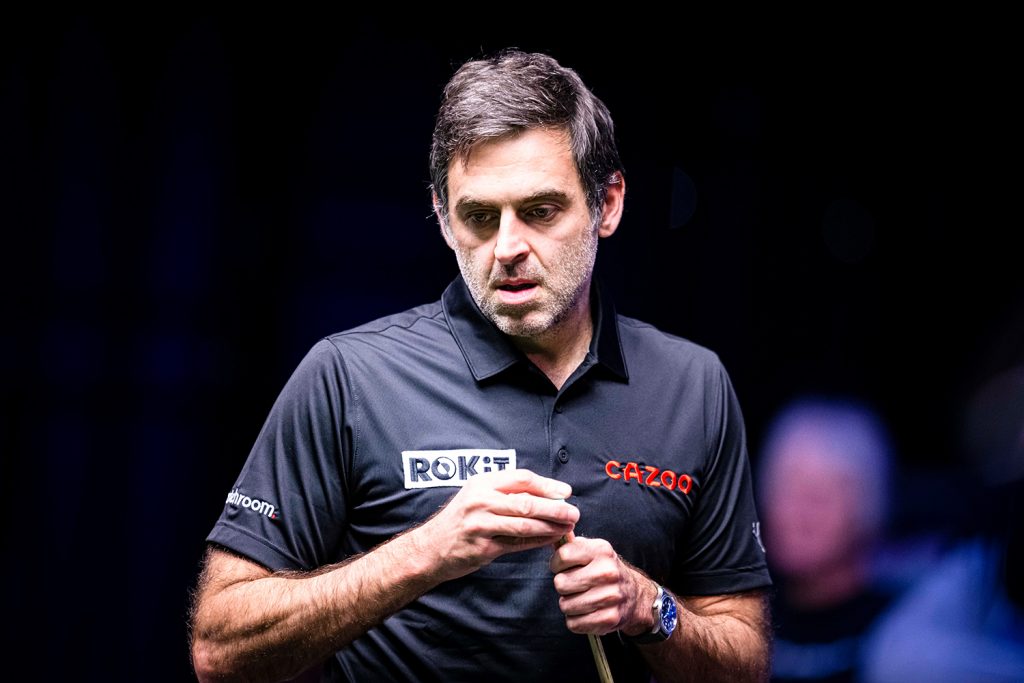 Ronnie O’Sullivan reached the semi-finals of the 2022 Cazoo Champion of Champions with wins over Robert Milkins and Zhao Xintong at the University of Bolton Stadium, Bolton live on ITV4 in the UK and broadcasters worldwide.

The seven-time World Champion was given a tough test by Milkins during the afternoon session, but came through by a 4-2 scoreline. Zhao was also pushed hard, by Women’s World Champion Mink Nutcharut, before he too earned a 4-2 success.

It promised to be a blockbuster evening clash for the last spot in the semi-finals and it delivered at a frantic pace. O’Sullivan took the opening two frames before an expert clearance of 135 put him three to the good. A contribution of 59 before the interval put O’Sullivan only two away from the semi-finals at 4-0.

On return, Zhao made a 92 clearance to claw one back. But O’Sullivan was in magnificent form and breaks of 94 and 108 completed a 6-1 win in front of a full house in Bolton.

O’Sullivan told ITV: “Zhao is an amazing player and brilliant talent. I am sure he will have an amazing future. Hopefully, he does because I have a soft spot for him. Technically, it’s all there.”

O’Sullivan will continue his quest for a fourth Cazoo Champion of Champions title against Fan Zhengyi on Saturday night in a repeat of the 2022 European Masters final in Milton Keynes earlier this year, which Fan won 10-9.

The first semi-final takes place tomorrow evening from 6:45pm UK time as defending champion Judd Trump meets four-time world champion Mark Selby live on ITV4 in the UK, DAZN in the USA, Canada, Brazil, Spain, and Italy as well as on Viaplay in Scandinavia and the Baltics and Matchroom.Live if you are in a country without a broadcaster. See the full list of where to watch here.