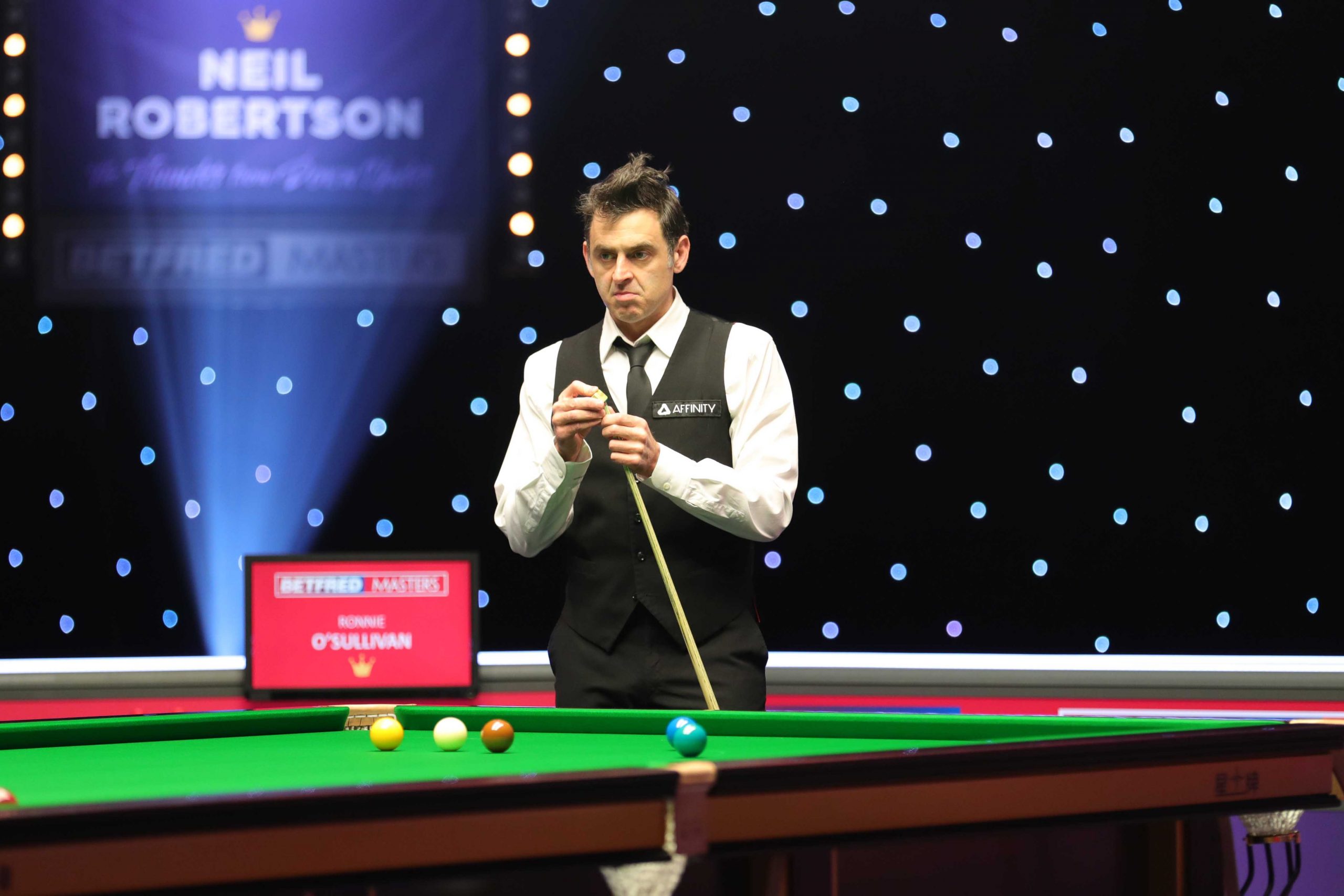 World Champion Ronnie O’Sullivan came from 5-3 down to beat Asian number one Ding Junhui 6-5 in an enthralling first round clash at the Betfred Masters in Milton Keynes.

The Rocket has won the Masters more than any other player, having claimed the prestigious title on seven occasions. He last won the event in 2017, when he defeated Joe Perry in the final.

Next up six-time Crucible king O’Sullivan will face either John Higgins or Mark Allen, who contest this evening’s final opening round tie.

O’Sullivan’s victory today saw him enhance an already commanding advantage over Ding in their head-to-head record, he now leads 17-4. Ding was Masters champion in 2011, but since then he has lost in the opening round eight times in his previous ten appearances.

When play resumed a sublime break of 60 saw 37-time ranking event winner O’Sullivan cut his arrears in half and make it 3-2. The pair then produced a barrage of centuries, Ding fired in a fine break of 129 to move two ahead, before O’Sullivan composed a run of exactly 100. Ding then moved a frame from victory with a break of 128 to make it 5-3.

Ding, a winner of 14 ranking event titles, then spurned a golden opportunity to close out the tie, missing a routine long red. That allowed O’Sullivan to pounce with a clearance of 47 to make it 5-4. He then forced a decider with a break of 85, after Ding went in off. O’Sullivan secured the final frame with 73 to win 6-5.

O’Sullivan said: “It was nice to make a bit of a game of it. Even if I lost 6-3, I played well and didn’t do a lot wrong. Ding played strongly, I’m just pleased to get over the line.

“It is a tough game. It is mental, physical and confidence – if you are lacking in any of those departments it is tough. You can play great for three quarters of the match, but if you can’t hold it together at the end that will be your Achilles heal.

“I enjoy every game I play, even if I play terribly. I’m not ferocious. I watched the Lance Armstrong documentary the other day and I just couldn’t relate to that intensity. I’m not that kind of character. I’m more chilled out.

“I was listening to Jeff Bezos and he said, no matter what job you have, if you can enjoy 80% of it then you are doing really well. No matter what you do, there will be 20% you won’t like but you have to put up with it. I am like that, everybody has to do things they don’t want to do. I’m privileged and enjoy what I do.”