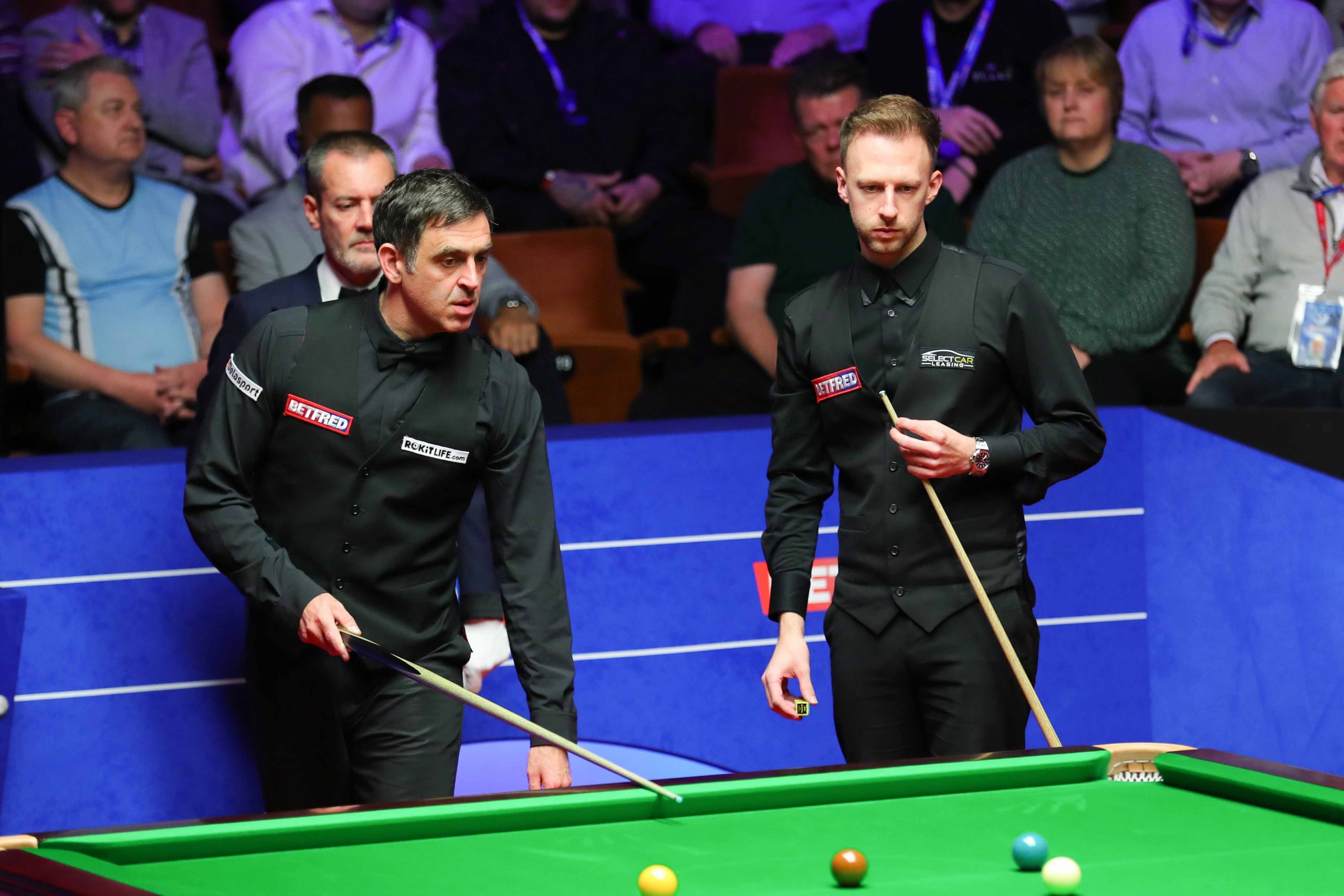 Barring an epic fightback tomorrow, O’Sullivan stands on the verge of equalling Stephen Hendry’s record of seven Crucible crowns. His performance today has seen him earn his biggest ever overnight lead in a world final.

The 46-year-old has been producing inspired snooker in this year’s event and is yet to be pushed close. He defeated John Higgins 17-11 in the semis to make the title match.

Trump had a far more exerting last four clash with Mark Williams. He had led 12-5 himself, but nearly succumbed to a superb fightback from Williams. Trump eventually held the Welshman off and came through a 17-16 victor. However, that semi-final appears to have taken its toll on the 23-time ranking event winner.

The afternoon session saw O’Sullivan earn a 5-3 lead, although it was Trump who claimed the last two frames of the session to give himself hope.

A break of 73 saw Trump take the first frame of the evening and pulled him within one of his opponent. However, at that point the Rocket moved into overdrive. Runs of 66, 50, 118 and 97 helped him to take the following three frames and lead 8-4 at the mid-session.

When play resumed O’Sullivan pressed on, as Trump toiled in the Crucible cauldron. Trump missed a long range red by several inches and allowed O’Sullivan to step up and clinch frame 13 with a break of 42. A contribution of 87 then made it five in a row for O’Sullivan at 10-4.

Trump claimed a much needed frame by knocking in a break of 80 to take the 15th. However, runs of 60 and 88 gave O’Sullivan the last two frames to end the evening in complete control.

They return for the third of four sessions tomorrow afternoon at 1pm.

1️⃣-1️⃣ Ronnie hits back with a century break to level the match! 🔴 #BVMIXEDDOUBLES | @BetVictor