Ronnie O’Sullivan came from 8-4 down to beat Mark Williams 13-10 at the Betfred World Championship, reaching the semi-finals for a record-equalling 12th time. 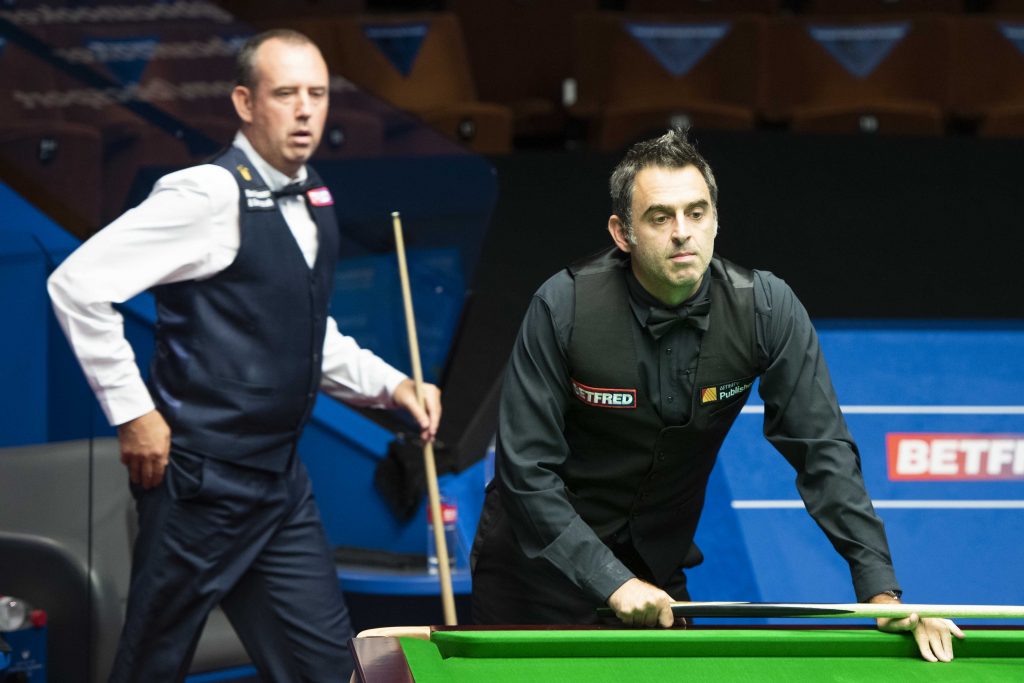 O’Sullivan has made nine centuries in the tournament so far

Only Stephen Hendry has made a dozen appearances in the single table situation at the Crucible, and now O’Sullivan will match that record when he faces Mark Selby over 33 frames over the next three days. It’s his first run to the semi-finals since he lost to Selby in the 2014 final.

O’Sullivan was in deep trouble at 7-2 and 8-4 behind, but found an extra gear when he needed it. His long potting was patchy, but among the balls the 44-year-old was as ruthless as ever, making five centuries and seven more breaks over 50 across the contest. Two more wins will give him a sixth world title, bringing him within one of Hendry’s record of seven.

He has now won all five meetings with Williams at the Crucible, and has lost just once to his old adversary in their past 12 ranking event matches.

The first two frames tonight were shared to leave the score at 9-9. World number six O’Sullivan was on a break of 52 in the next when he missed a red to a centre pocket. Williams replied with 49 then was lucky to trap his opponent in a snooker on the last red after failing to convert a double. From the chance that followed, Williams cleared to take the lead. 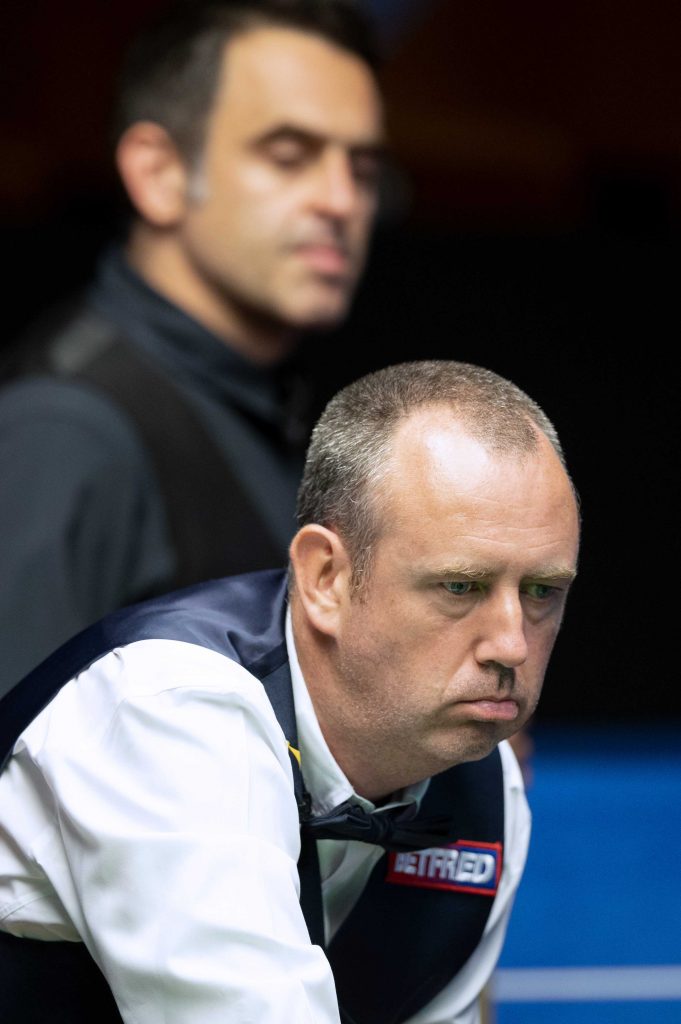 Both players missed chances in frame 23, O’Sullivan notably under-cutting match-ball blue to a centre pocket when he led by 18 points. Williams cleared to force a respotted black but then made a safety error, and O’Sullivan slotted in a mid-range black to seal the result.

“I’m sure it was fun to watch for the fans,” said O’Sullivan, winner of 36 ranking titles. “For me there were a lot of nervy moments, I was struggling with certain parts of my game so I had to maximise my opportunities when they came up. I felt as if I was fighting, it was tough. At 8-4 Mark was cueing well, he was ripping through the ball. I didn’t think I had it in me to turn it around.

“This afternoon and this evening I scored well and made a few breaks. The blue in the last frame, I got stuck inside, jabbed it and hit it thick. I was sitting in my chair thinking ‘this game it just beats you every time, even when you think you are on top of it.’ Even with the simple black at the end I wouldn’t have been surprised if I missed it. I just tried to get over it and hit the middle of the white. It was pure relief when it went in.

“I refuse to play any match and not find a way of enjoying it. I try to play every game on my terms, and if that means I don’t win as many matches it doesn’t matter. The minute you stop enjoying the game is when you should stop playing, especially at my age. Longevity comes when you can find enjoyment in what you are doing.

“Mark Selby and I have had a lot of finals and big matches. We have both done well in the biggest tournaments. If I can find some control in my long game, manage to manipulate the ball and keep it on line, that will give me more confidence to give him a game.”

World number three Williams, who saw his hopes of a fourth Crucible crown come to an end, said: “I enjoyed it all of the way through. I thought there was some good stuff. Some good breaks and good potting. There were a few misses, but what do you expect over 25 frames? It boiled down to a couple of bad flicks towards the end. It would have been nice to make it 12-11 and see what would have happened.

“There is a reason I haven’t beaten him here and it is because he is the best ever player. He’s probably cost me at least one and maybe two world titles over my career. What can I say? I just came up a little bit short again.”