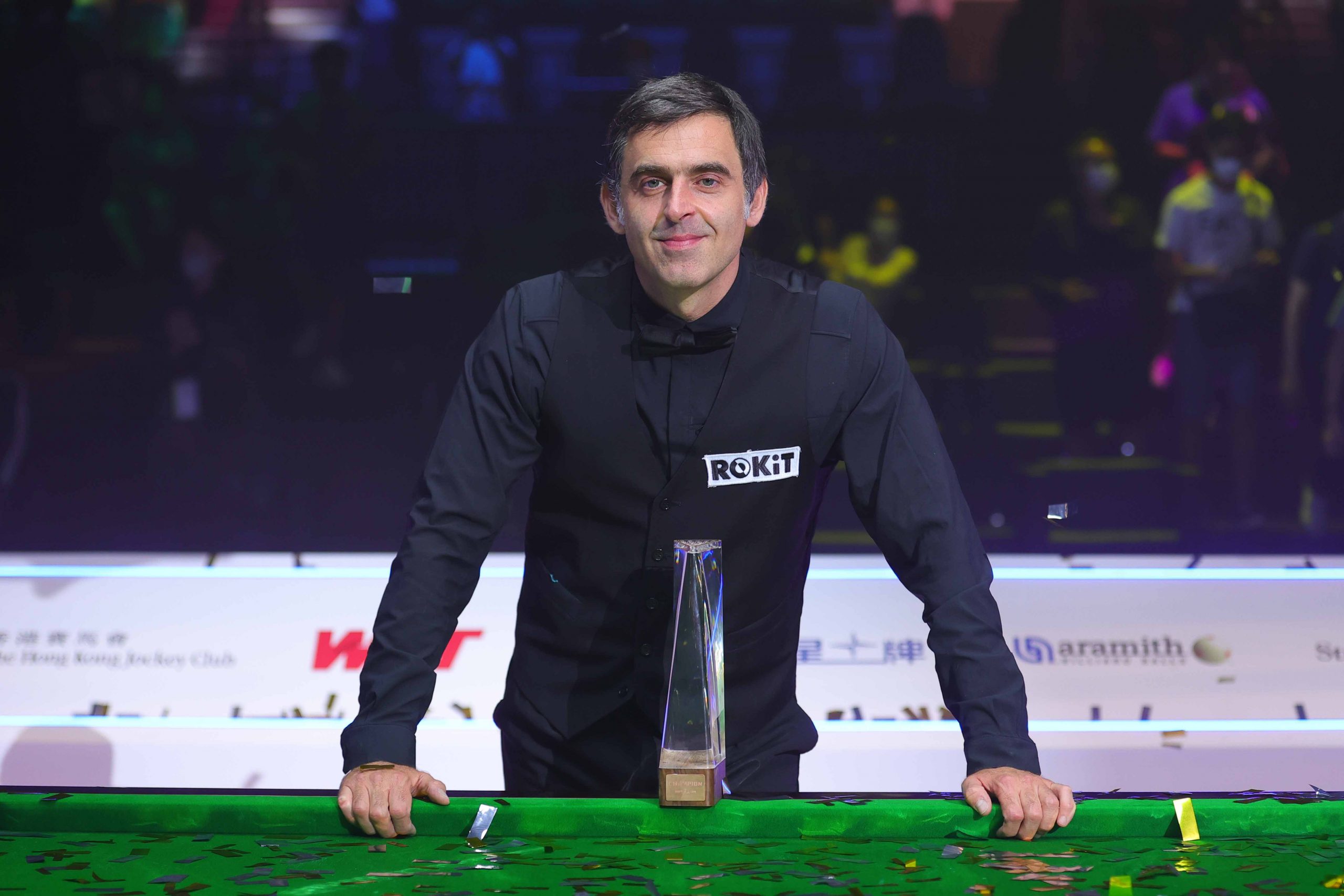 World Champion Ronnie O’Sullivan held off a fightback from home hero Marco Fu to win the Hong Kong Masters final 6-4 in front of a world record audience of 9,000 fans.

O’Sullivan was runner-up last time the event was staged, back in 2017. He lost out to Neil Robertson in a match which set the previous record attendance of 3,000 fans. That figure has been smashed several times already this week.

The Rocket’s opening round win over Ng On Yee was played out in front of 5,000 spectators. He went on to earn his place in the final thanks to a gripping 6-4 win over Robertson in the semis, with 7,500 fans in attendance.

This evening’s win is O’Sullivan’s first title on the World Snooker Tour since sealing a historic record equalling seventh World Championship crown at the end of last season. His victory in Hong Kong this evening earns him £100,000.

Fu will be able to reflect on a memorable four days. The Hong Kong cueist delighted his adoring fans by producing a magical moment against John Higgins in the semi-finals, winning the deciding frame with a 147. Fu picks up £45,000 for his efforts this week, as well as the £10,000 high break prize.

O’Sullivan took the opening frame this evening without conceding a point, crafting a run of 52 on his way to moving 1-0 ahead. However, Fu responded in a similar manner in the second. He made a break of 55 on his way to taking a frame where O’Sullivan didn’t trouble the scorers, drawing level at 1-1.

From that moment seven-time Crucible king O’Sullivan pulled clear. Breaks of 71 and 59 saw the Rocket surge to an ominous 3-1 lead at the mid-session.

When play resumed Fu had a chance among the balls, but a missed plant allowed O’Sullivan to step in and extend his lead to three. The home crowd had something to cheer in frame six, after Fu fired in a fine break of 98 to make it 4-2.

Fu failed to build momentum from that break and a missed cut back red was ruthlessly punished by O’Sullivan in the next, he pounced with 105 to move a frame from victory at 5-2.

A cagey start to the eighth frame saw O’Sullivan eventually establish the advantage, but a missed pink to the yellow pocket gave Fu the chance to keep his hopes alive. A gutsy clearance of 35, which included a cross double on the blue, saw him steal on the black. The three-time ranking event winner then took the ninth to make it 5-4. 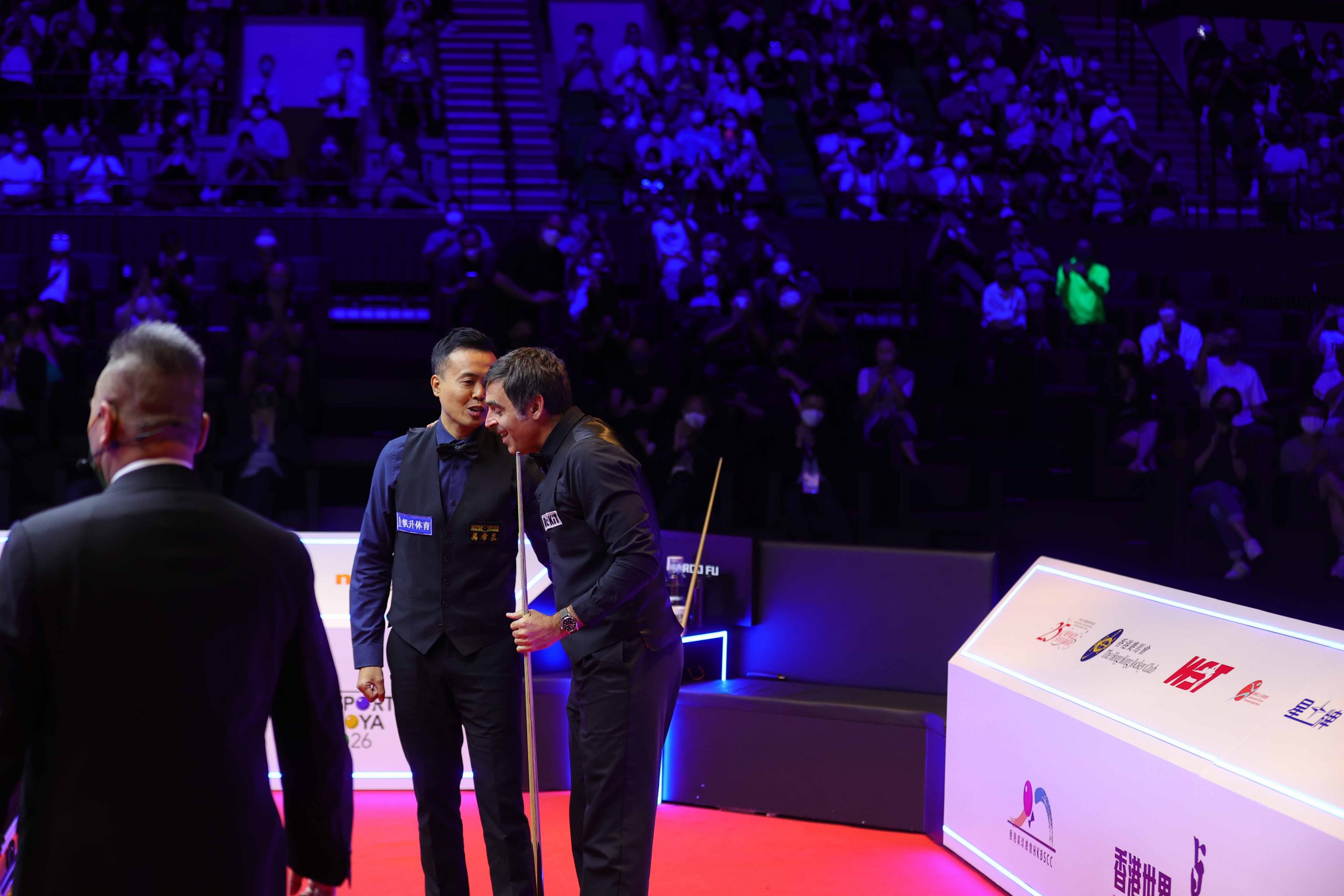 O’Sullivan summoned his best snooker just when required and denied Fu a deciding frame with a stunning century run of 114 to get over the line a 6-4 victor.

“It’s unbelievable. Forget winning the tournament, to play in front of 9,000 fans is just incredible. I’ve been to the ATP tennis in London before and it felt something similar to that. I’ve never experienced it and I didn’t think I would experience that. It is just incredible. The best event I’ve ever played in my life,” said 39-time ranking event winner O’Sullivan.

“It is a different type of nerves to the Crucible. That is evil, on top of you and intense. Here you have the fans, but there is a bit more space. I felt some nice nerves and I enjoyed the occasion. I wanted it to carry on, so I am disappointed the tournament is over.

“Everyone is happy to see Marco come back. He has had a great tournament, beat two fantastic players and pushed me all the way. He had a 147 in front of his home crowd. There was a lot of expectation from the fans on him and he has delivered.”